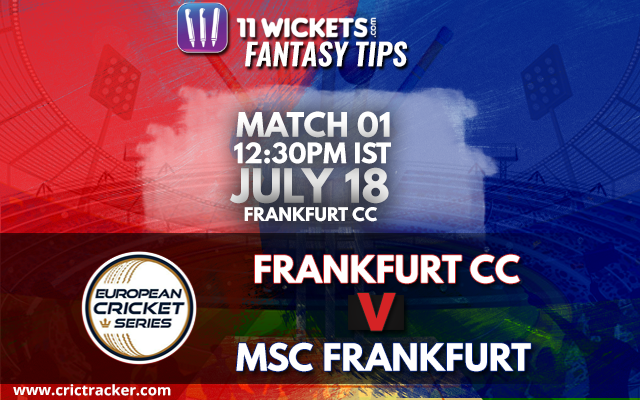 The 1st match of the ECS Frankfurt T10 between the Frankfurt Cricket Club and MSC Frankfurt will be played at Frankfurt CC.

After 25 close matches in the ECS T10 Gothenburg, the caravan moves on with Frankfurt cricketers taking part in the weekend T10 matches. The first match of the tournament will be played between the Frankfurt Cricket Club and MSC Frankfurt. A total of five matches will be played in the day and the sixth game will take place on Sunday before the knockouts and the final.

It will be sunny during this match in the morning in Frankfurt with the temperature expected to hover in the mid-20s.

The surface is decent and the smaller boundaries will help the batsmen to hit more sixes as well. Expect the chasing teams to be more successful.

Aqil Tariq is the key player for Frankfurt CC as he scored 213 runs in 8 innings last year. He smacked 26 fours and 4 sixes as well. Hasan Nauman is another top pick with 17 wickets to his name in 12 matches. For the MSC Frankfurt, Muslim Yar Ashraf seems to be the best having aggregated 470 runs in only 15 T20 innings. Qader Khan is the best bowler for them accounting for 31 wickets in 16 outings in 2019. 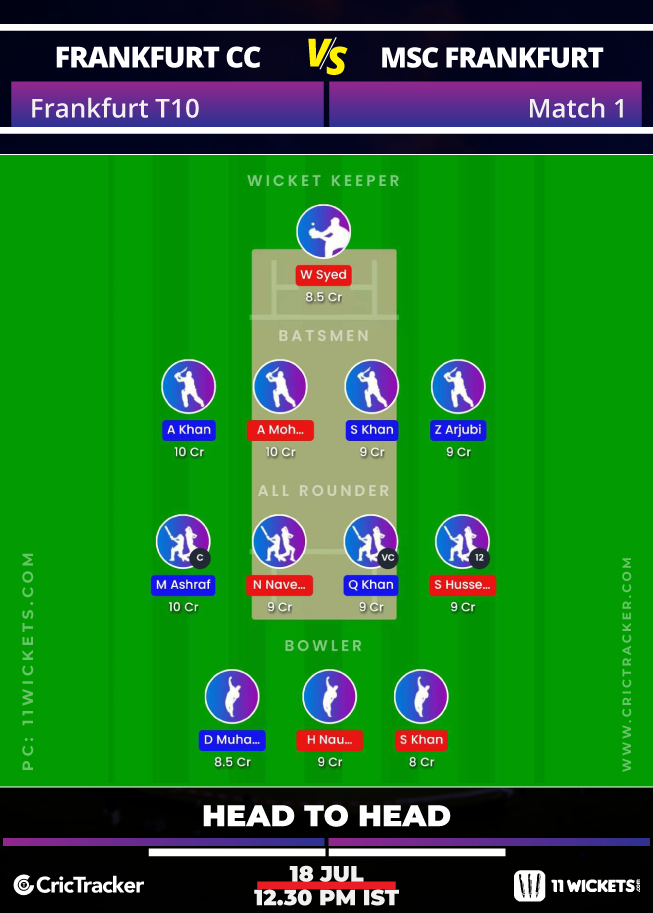 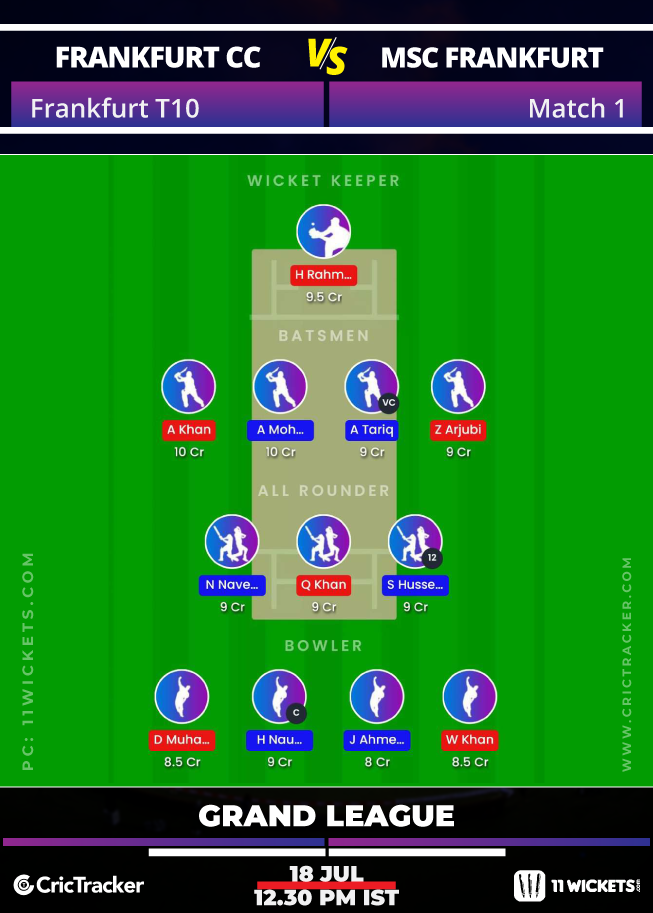 Muslim Yar Ashraf is an explosive batsman and there is no chance one should miss him from picking in the Fantasy team.