Amir Waheed has aggregated 735 runs and also chipped in 40 wickets; all of them across 21 club games. 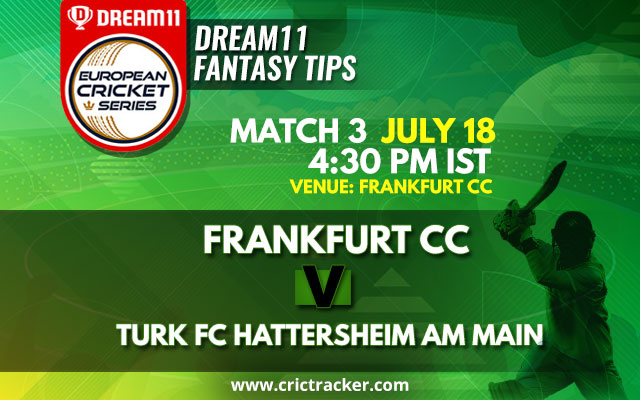 The 3rd match of the ECS T10 Frankfurt, 2020 will be played between Frankfurt CC and Turk FC Hattersheim am Main at the Frankfurt Cricket Club.

The Group A matches of the ECS T10 Frankfurt will conclude on Saturday afternoon when Frankfurt CC and Turk FC Hattersheim am Main clash off. MSC Frankfurt are the 3rd team in this Group against whom both Frankfurt CC and Turk FC Hattersheim will start off their campaigns. The first three matches of the tournament will be of Group A only. The Frankfurt CC look a formidable team to beat due to the proper mixture of all-rounders and aggressive batsmen. They will well be in contention to win the title as early as possible.

The game between Frankfurt CC and Turk FC Hattersheim am Main is unlikely to be troubled by weather.

The Frankfurt Cricket Club will be making its debut in the European Cricket Series on Saturday when it hosts the first day of the ECS T10 Frankfurt. The earlier German T10 competitions recorded big totals including successful chases of over 120 as well. This would surely indicate the possibility of a similar trend in Frankfurt as well.

Fazal Bashir has scored more than 800 runs in 35 club matches played at well over 100 and also bagged a total of 44 wickets.

Ayub Pasha has amassed over 1000 runs at a strike over 130 across the 39 domestic club matches and also took 37 wickets in those.

Hasan Nauman has claimed as many as 75 wickets across 57 club matches where he also chipped in over 500 runs with the bat.

Amir Waheed has aggregated 735 runs and also chipped in 40 wickets; all of them across 21 club games. 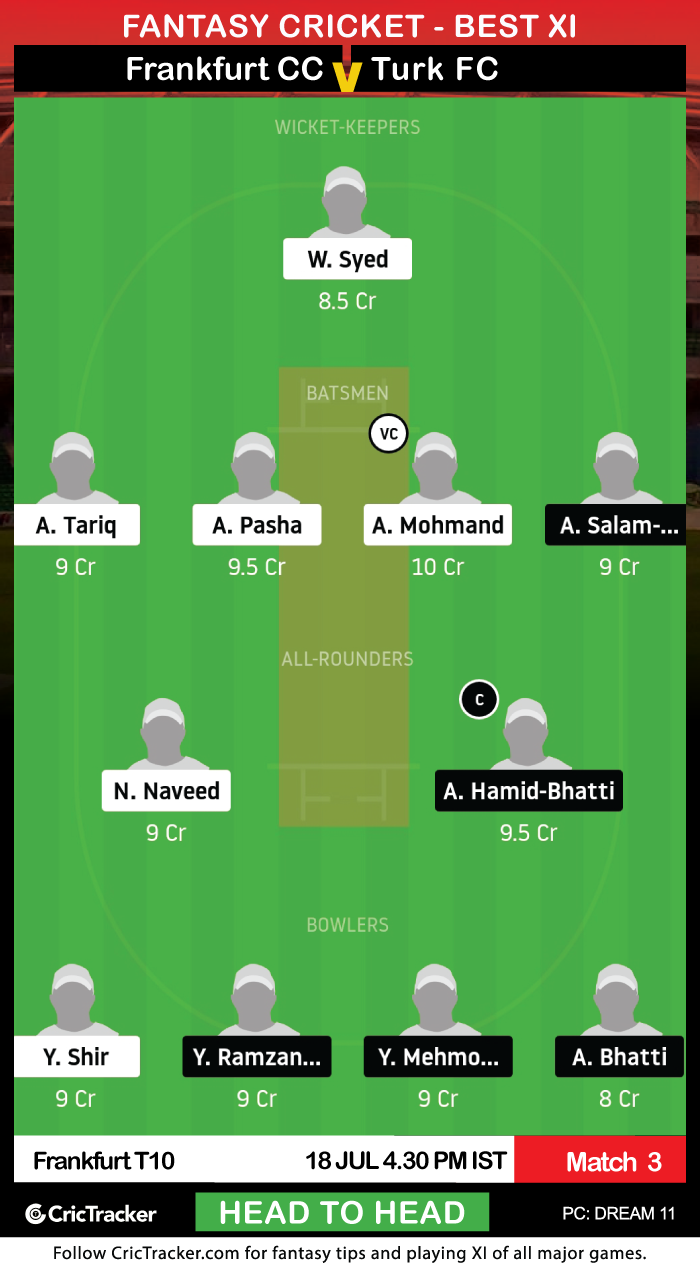 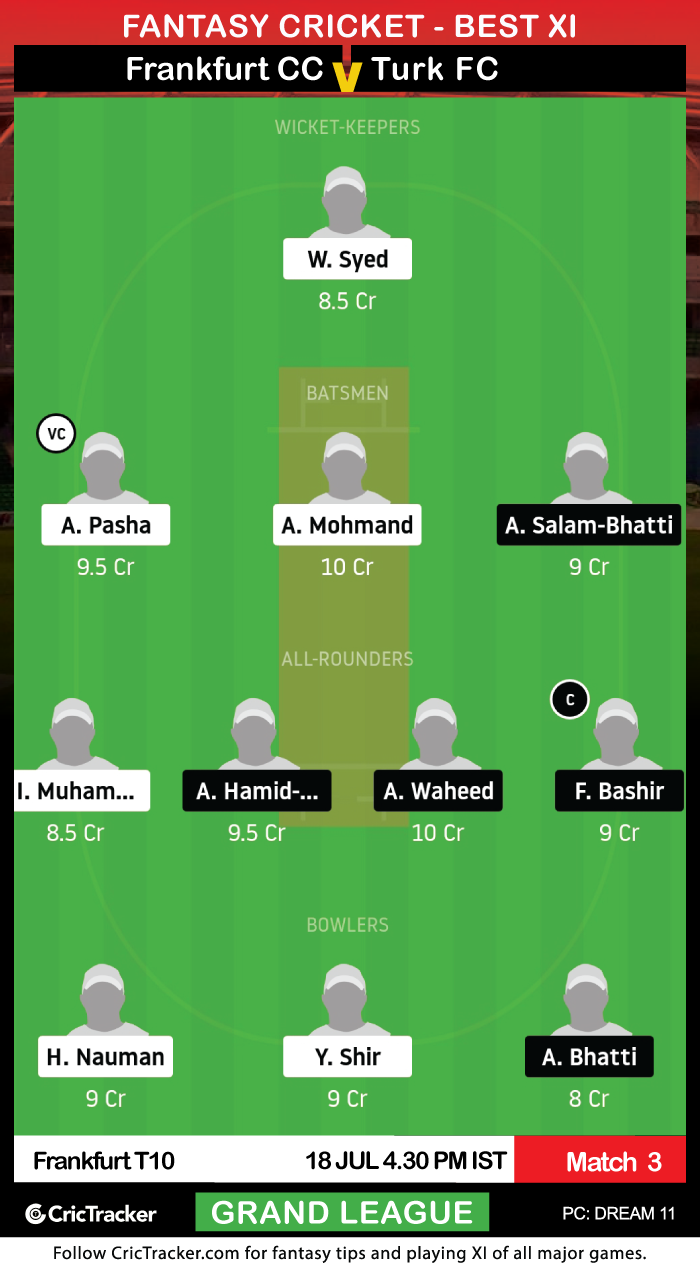 Keshav Ramachandran, the Frankfurt CC player, is apparently a Women’s cricket. A couple of weeks ago, a German Women’s cricketer Sharanya Sadarangani appeared for Kummerfeld Sport Verein in the Kummerfeld T10 which they eventually won. Sharanya was slated to bat at No.11 and kept wickets. In case if Ramachandran plays on Friday, she could be seen in a similar role for the home team.

Frankfurt CC is likely to finish their group stage matches with a victory over the Turk FC Hattersheim am Main team.