Opener Hasnain Kabeer is expected to be destructive with his willow in the powerplay overs. 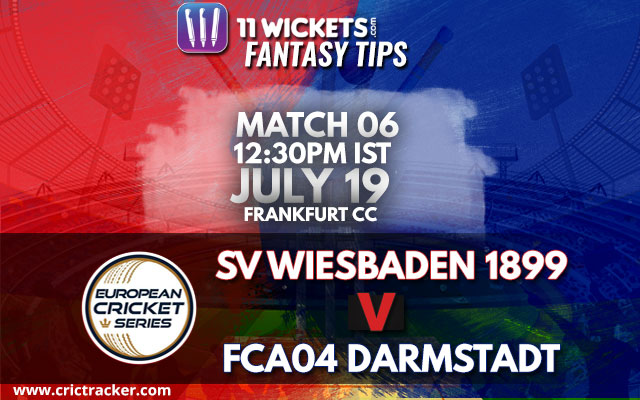 The 6th match of the ECS Frankfurt T10 between FCA 04 Darmstadt and SV Wiesbaden 1889 will be played at Frankfurt CC.

FCA 04 Darmstadt started the competition with a win against SG Hainhausen and they will be looking forward to continuing their winning momentum against SV Wiesbaden 1889. This encounter is expected to be a high-scoring one.

Batsman will surely enjoy batting on this pitch.

Husnain Kabeer, wicketkeeper-batsman, smashed a quickfire 19-ball 50 against SF Hainhausen. He hit seven fours and three sixes in his top-class knock and, he will be the first choice for captaincy. 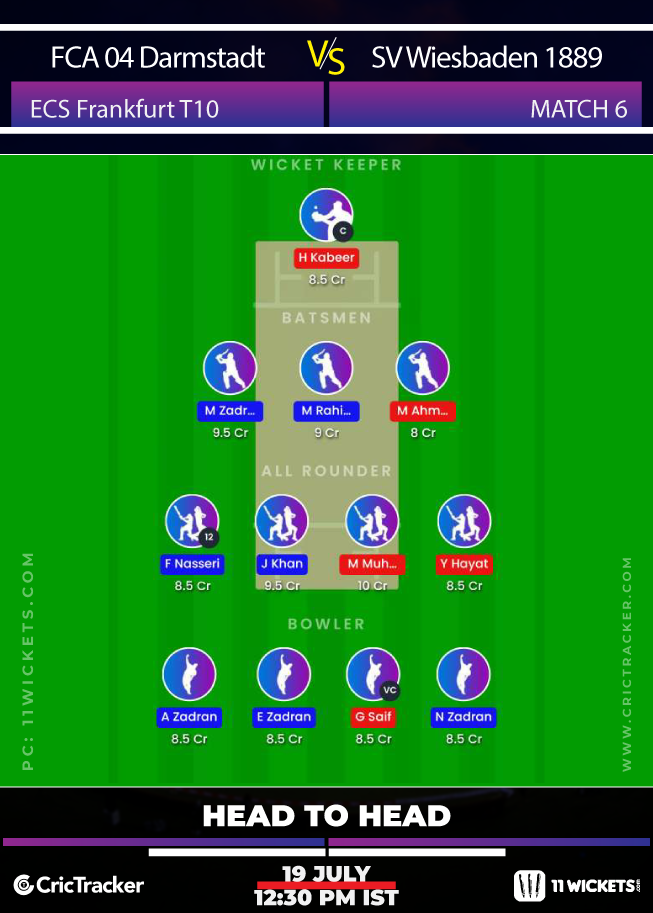 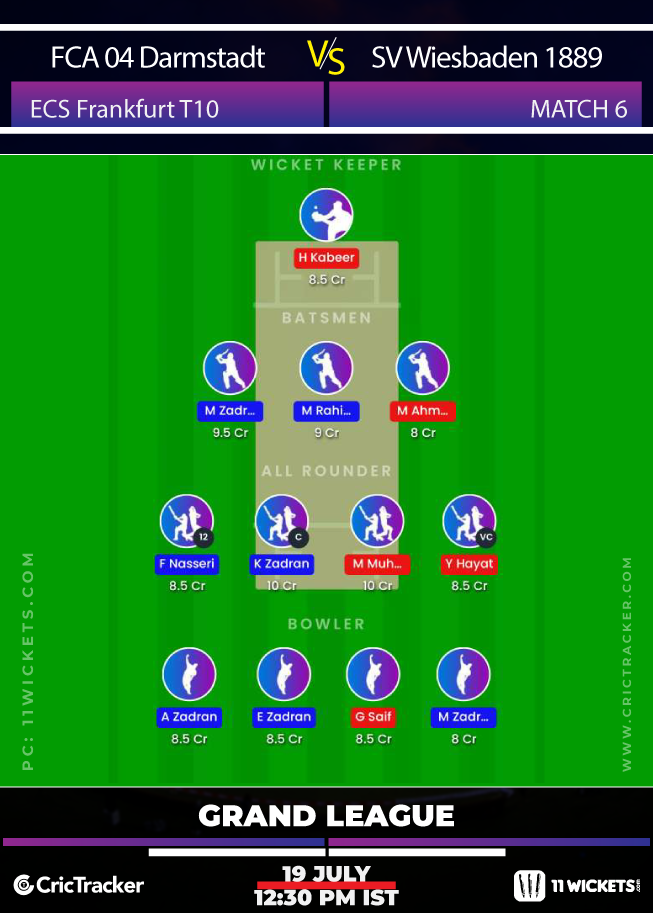 Opener Hasnain Kabeer is expected to be destructive with his willow in the powerplay overs.

FCA 04 Darmstadt is expected to win this match.