Muqadar Saleem scored 81 runs while a best score of 36 and also picked up three wickets in six overs. 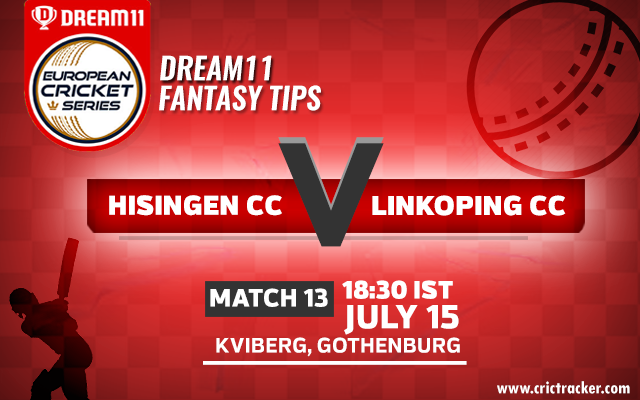 The 13th match of 2020 ECS T10 Gothenburg will be played between Hisingen CC and Linkoping CC at the Kviberg in Gothenburg.

Clouds are expected to hover around Kviberg during the 3 PM local time match.

The Tuesday’s matches perfectly define how the track at the Kviberg in Gothenburg will be directly proportional to the batting power of a team. In one game, the first batting team made only 50 runs in 10 overs while the other had 110 runs scores only in 8 overs.

Muqadar Saleem has scored 81 runs with a best score of 36 and also picked up three wickets in six overs.

Puneeth Ballakuraya scored 74 runs with help of a fifty and also took a wicket across three domestic T20s.

Chaitanya Kilari bowled five overs in the tournament and has picked up four wickets at an economy of seven. 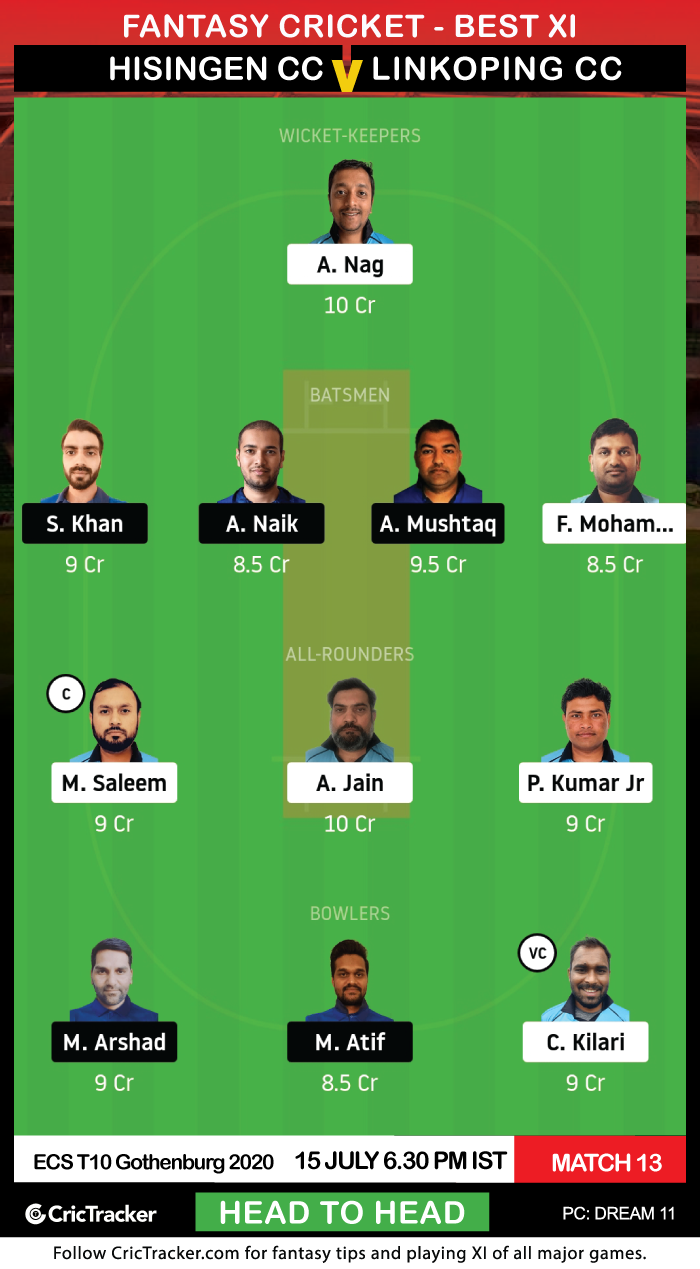 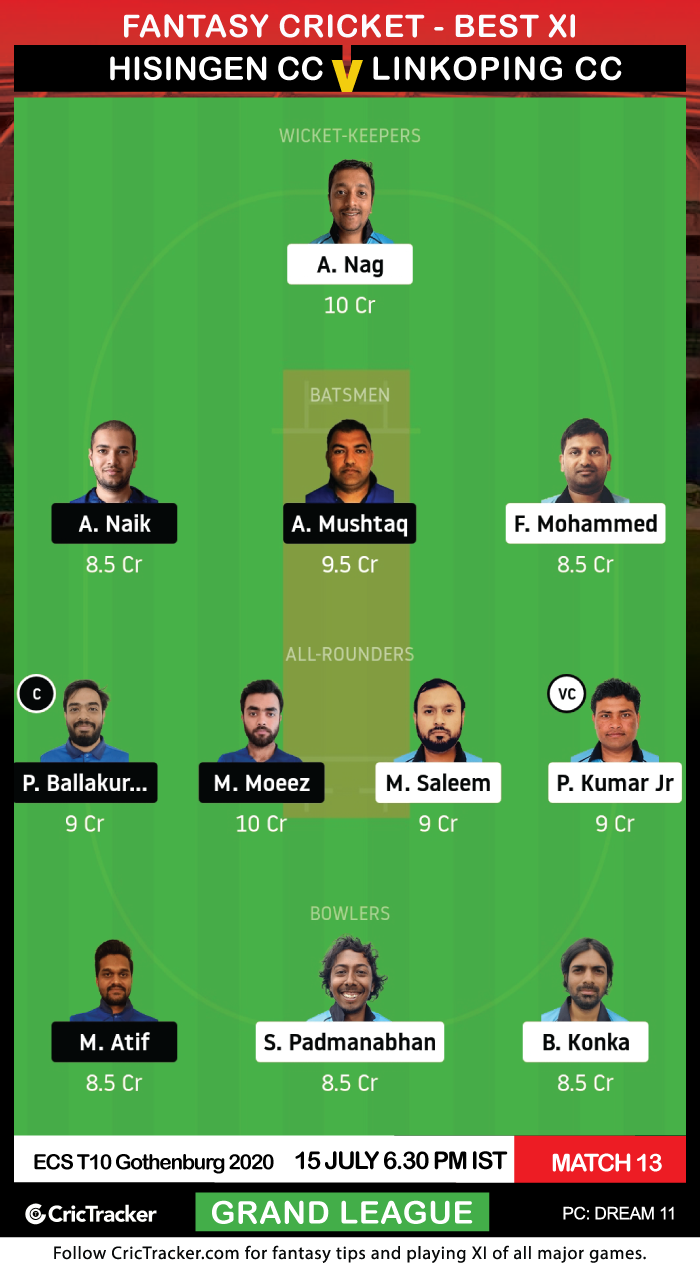 The Linkoping CC team has got players who haven’t been experienced at the domestic level. No player among their 15-man squad has even played domestic T20s and only one player has played more than five matches at this level. Picking fewer players from their squad will be a safe option.

Hisingen CC is likely to get the better of Linkoping CC in a thrilling fixture on Wednesday.