Muhammad Ismail scored only 13 runs but claimed two wickets across four overs at an economy rate of eight. 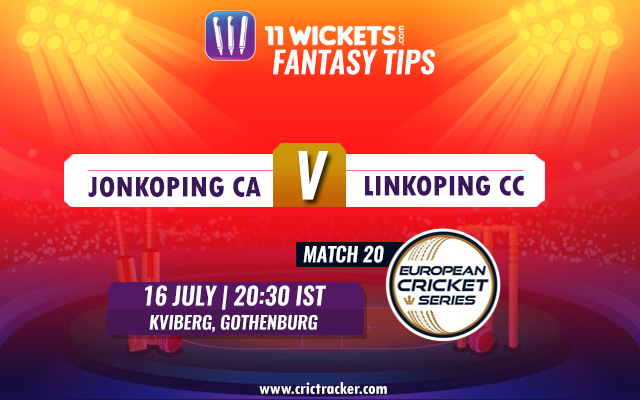 The 20th match of 2020 ECS T10 Gothenburg will be played between Jonkoping CA and Linkoping CC at the Kviberg in Gothenburg.

Jonkoping CA and Linkoping CC will clash off in the Gothenburg T10 during the match scheduled for 5 PM local time. Jonkoping CA played their first three matches on Tuesday while Linkoping CC began their campaign on Wednesday and played three games. While Linkoping strengthened their chances of qualifying to knockouts, the Jonkoping team’s scenario depends on the results during the Thursday matches. They will face Kristianstad CC and Almhult CC before taking on the Linkoping in the evening.

Most of the matches to be played on Thursday will be under clouds without the possibility of rain.

The last day of the league stage could witness some big totals and chases due to the involvement of top batting sides of the tournament. Jonkoping CA and Linkoping CC have fared well with the bat and could end up aggregating 180+ runs.

Muhammad Musab has claimed three wickets across the six overs he bowled while conceding only 43 runs.

Naser Batcha scored 61 runs across the three innings at a strike rate around 240 and also picked up two wickets in the four overs.

Muhammad Ismail scored only 13 runs but claimed two wickets across four overs at an economy rate of eight.

Muhammad Moeez took one wicket across six overs and also scored 36 runs which include an unbeaten 32. 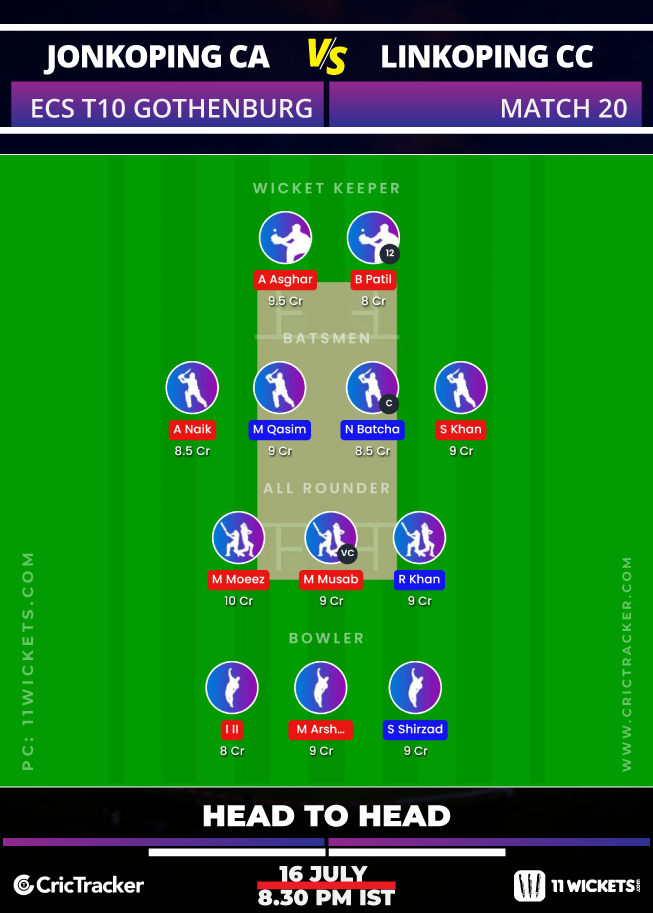 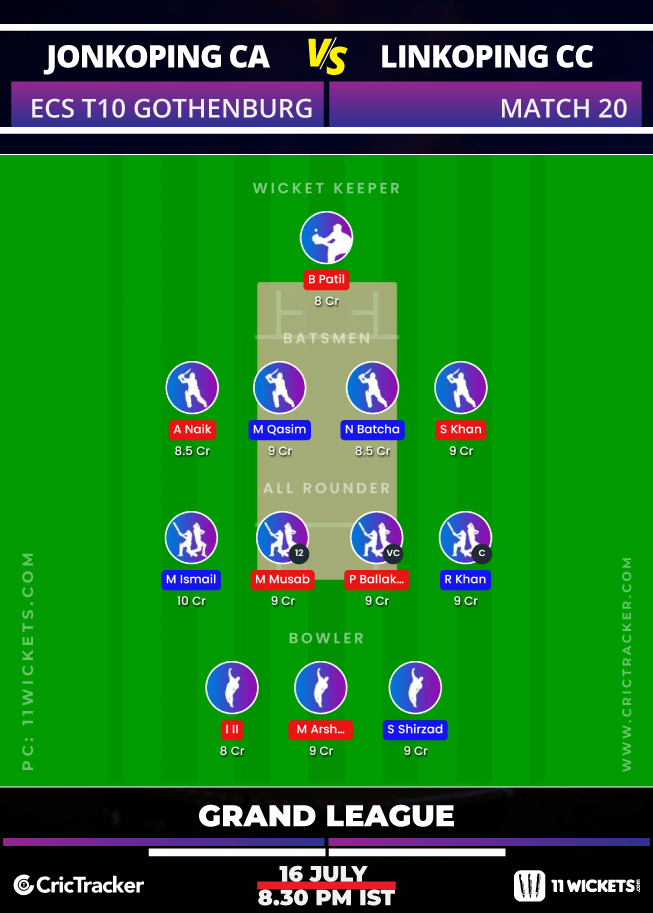 The playing XI of Linkoping CC for the match against Jonkoping CA is likely to rely on the result of their first match on Thursday. They might rest few of their players if they defeat Almhutt CC in the morning.

Linkoping CC could get away with a close win against the Jonkoping CA.