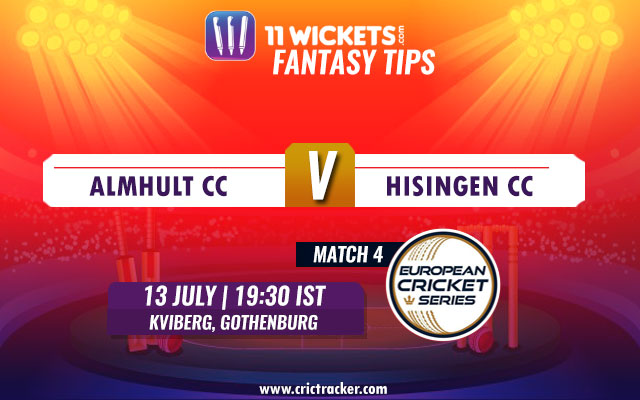 The 4th match of 2020 ECS T10 Gothenburg will be played between Hisingen CC and Almhult CC at the Kviberg in Gothenburg.

Hisingen CC and Almhult CC will clash off in the last of the four matches on the opening day in the Gothenburg T10. Monday is expected to be a tiring day for the Almhult CC who will have to play as many as three matches. They will start by facing the Seaside CC and Watan Zalmi CC respectively during 10 AM and 12 PM matches. The players in the form of Imran Sabawoon, Sardar Sahak, Sidharth Rana and Raza Muradi are needed to excel for the success of Almhult. The Hisingen will take on Watan Zalmi before Almhult.

The evening match of Monday in Gothenburg T10 likely to be played under cloud cover.

The game between Hisingen CC and Almhult CC will be the last of the four matches to be played on Monday but the track is unlikely to be affected with slow nature. However, few deliveries are likely to come under knee level high.

Aritra Nag smashed a fifty in the T20 competition earlier on Sunday. In overall, he scored 101 runs and picked two wickets across four domestic T20s.

Sidharth Rana has struck two fifties in the eight domestic T20s where he aggregated 180 runs and also picked up nine wickets in six innings.

Rahul Ganju scored 205 runs across the nine domestic T20 games where his highest score is 71. 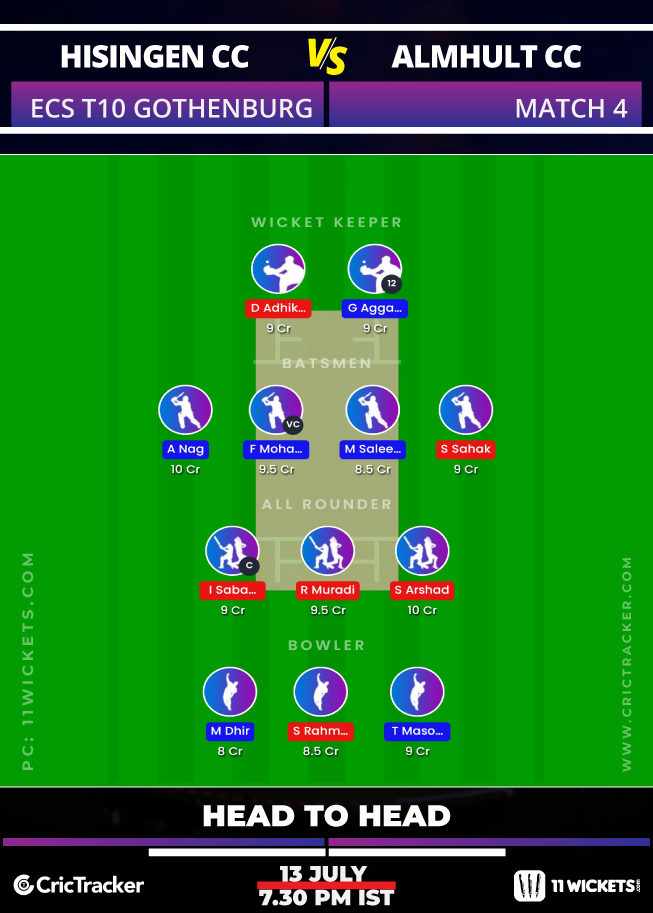 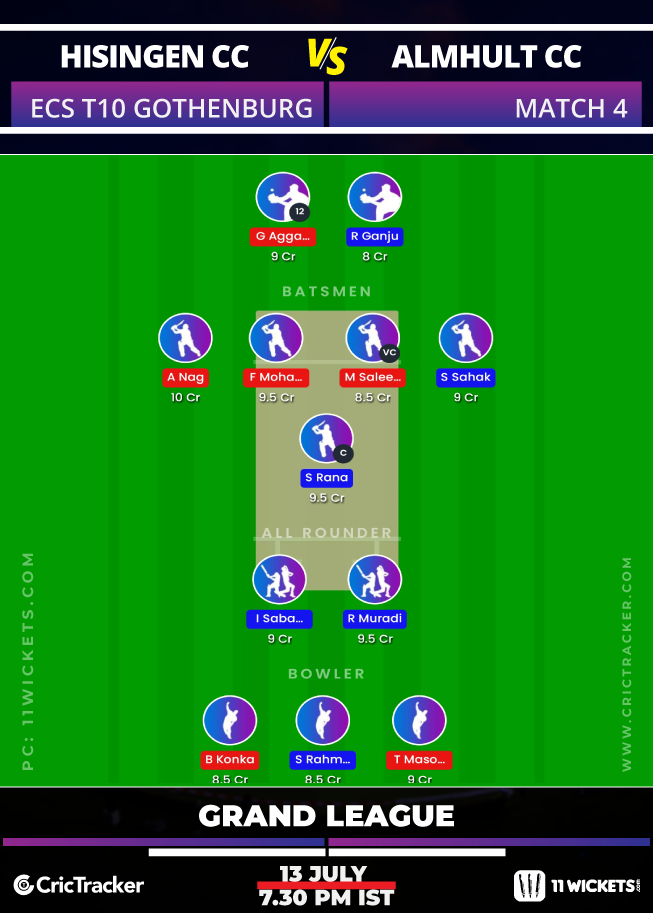 Only one player can be picked from the category of wicketkeepers in the 11wickets fantasy. Dinesh Adhikari and Rahul Ganju of Almhult CC are present in the keepers’ category who have done well with the bat at domestic level and can be picked purely by the basis of their batting ability. Hence, we picked only one of those two while the other is selected as the 12th man if only one will be in Almhult’s playing XI.