S Abdul Haq is a must-have in the fantasy team and you can opt him as a multiplier as well. 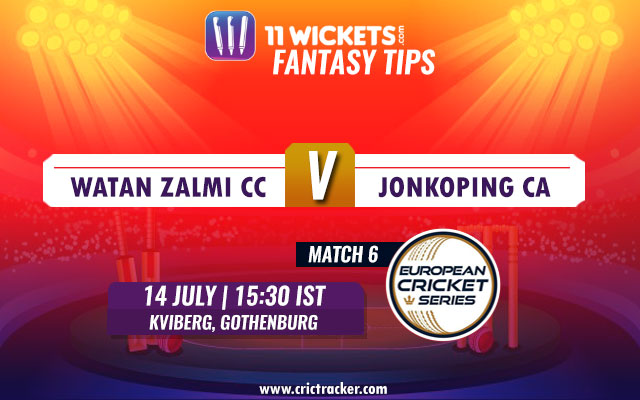 The sixth match of the ECS Gothenburg T10 between Jonkoping CA and Watan Zalmi CC will be played at Kviberg in Gothenburg.

Watan Zalmi CC bagged two back to back wins on the first day of the campaign and they will be perfect favourites to beat JCA in the match six of ECS T10 Gothenburg league. WZCA have a brilliant team and they successfully chased and defended totals on their first day of the competition.

The weather is expected to be around 14-degree celsius.

Pacers can get a lot of help from the cloudy weather.

The captain of Watan Zalmi CC S Abdul Haq took three wickets on the first day of the competition. Sabaun Shirzad picked up three wickets in the first match and followed it up with one more in the second game.

Muhammad Qasim from Jonkoping CA can play a big knock.

Taimur Khan played a match-winning knock of 25 runs in the second match for Watan Zalmi CC. 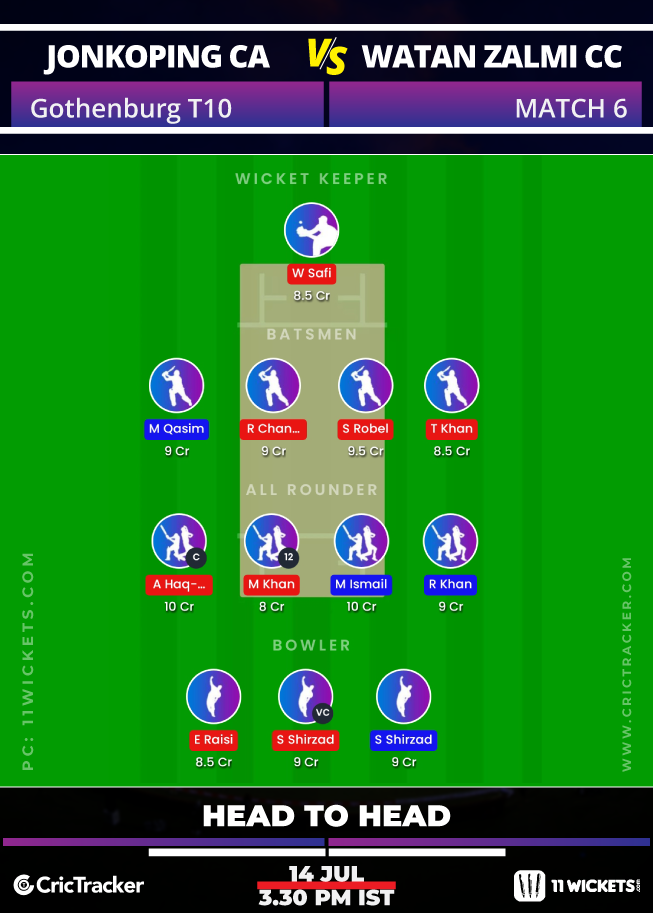 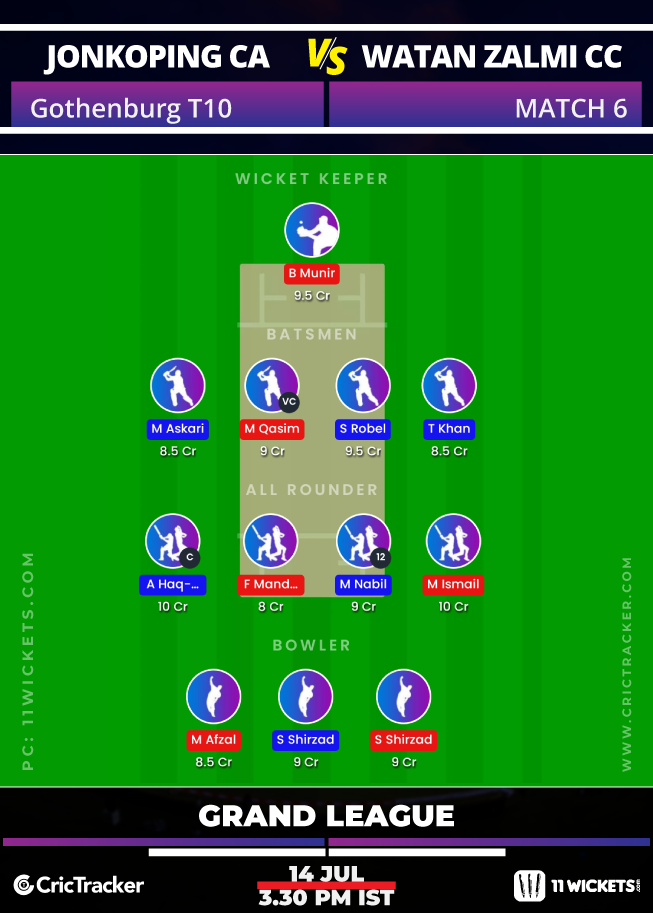 S Abdul Haq is a must-have in the fantasy team and you can opt him as a multiplier as well.

Watan Zalmi CC is expected to win this match.