Steffan Gooch is in red hot form with the bat this season, having scored 172 runs at an average of 172 and has also taken 3 wickets in the 4 matches he has played.

The 2nd match of the European Cricket Series T10 in Hungary is all set to be played between the Royal Tigers Cricket Club and the Baggy Blues Cricket Club at the GB Oval.

The scheduled time for the match to start is 11:00 AM Local Time (02:30 PM IST) and the match can be streamed live on FanCode.

The second match of the tournament will be played between the Royal Tigers Cricket Club and the Baggy Blues Cricket Club. Both the teams will be coming in with next to no idea about how the pitch would behave and what combination of their players would work best for them.

It will be the top priority of both the teams, to get a win in this match, and get some really valuable points in their bag. Because they would get very fewer chances to prove their worth and progress into the playoffs, owing to the format of the tournament.

The weather on Saturday is expected to be clear with just 10 per cent chance of precipitation, and the temperature in the 28 to 31 degree Celsius.

A batsmen friendly surface will be greeting the players when they take the field on Saturday. Among the bowlers, it will be the spinners, who will be getting the most amount of help.

Steffan Gooch is in red hot form with the bat this season, having scored 172 runs at an average of 172 and has also taken 3 wickets in the 4 matches he has played.

Asanka Weligamage has top-scored for his team in 2020. He has scored a total of 117 runs in the 4 matches that he has played in.

Abhishek Kheterpal has been on a roll with the ball in hand. In the 4 matches that he has played in, he has taken 6 wickets while maintaining an economy rate of 7.54 runs per over.

Vinoth Ravindran is placed third in the run-scorers’ list of his team. He has 84 runs to his name with a strike rate of 102.44 in the three matches he has played in. 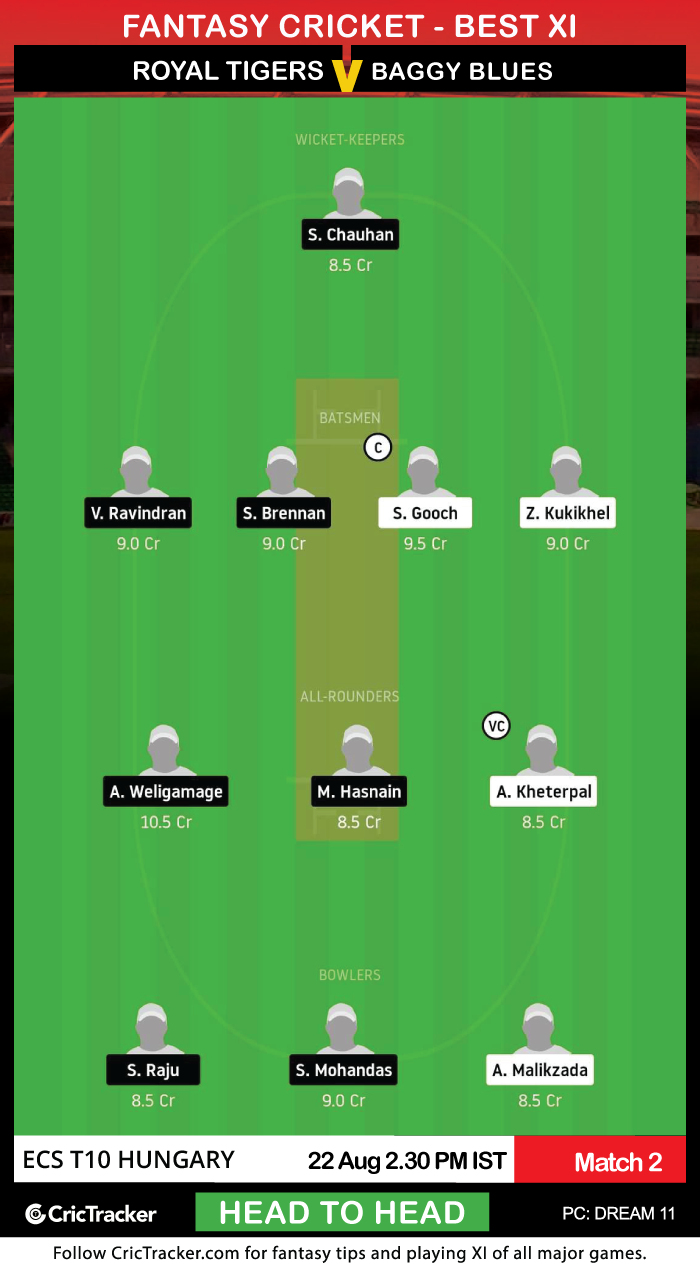 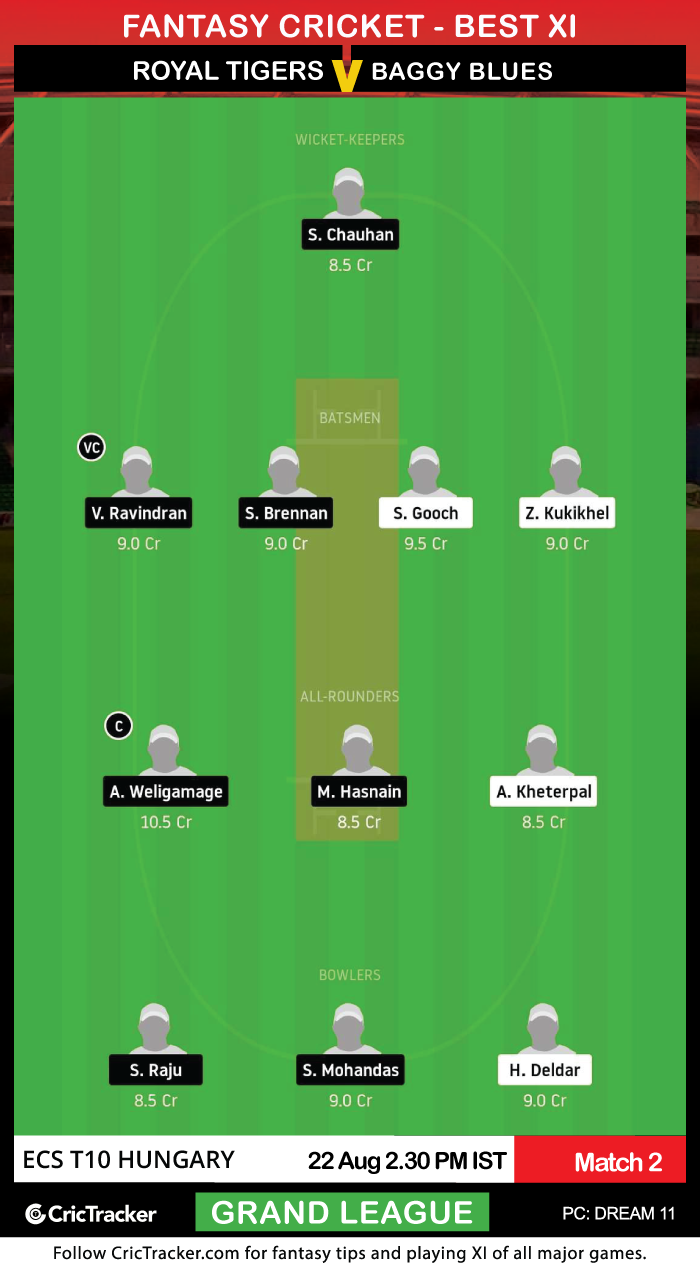 Abhishek Kheterpal at the time of writing was a part of only 4.85 per cent of the fantasy team. But he has done well this year and is a certain pick in your team.

The Royal Tigers Cricket Club is expected to win this match.