Cobra Cricket Club Vienna is expected to win this match.

The 3rd match of the ECS T10 Hungary 2020 is all set to play between Cobra Cricket Club and Royal Tigers Cricket Club at the GB Oval in Szodliget, Hungary.

In the third game of the ECS T10 in Hungary, the Cobra Cricket Club will be playing the Royal Tigers Cricket Club. This is a very short tournament and there would only be 6 league games played before the top teams advance to the next stages of the tournament.

Before this match, both these teams would have played a game already. Irrespective of the result of that game, they would like to push hard and try to win this one. In a tournament like this, where teams get to play were few games, there is hardly any room for error and they will have to be constantly at their best.

The weather forecast is conducive enough for a game of cricket. The temperature will be around 32 C.

The pitch at this venue favours the spinners a lot. The averages and economy rates of spinners are lesser than that of pacers. Batting isn’t as easy at this venue.

In 7 games this year, Vishnu Vasudev scored 161 runs at an average of 41 and also picked up 5 wickets. Achuk Singh has accounted for 11 wickets in the games he played this year. Steffan Gooch is in outstanding touch with the willow, having scored 172 runs 4 outings including 2 fifties. 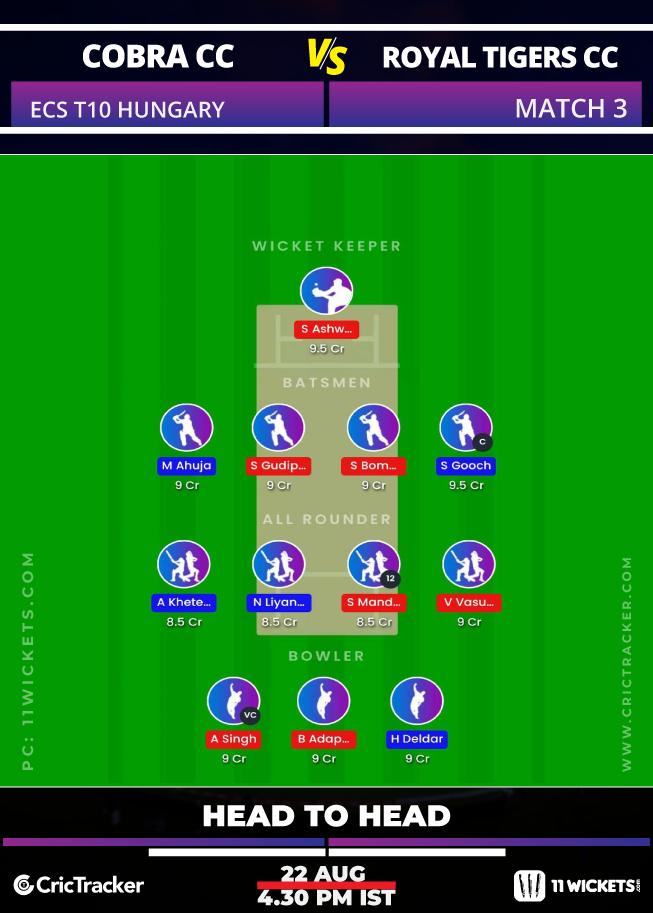 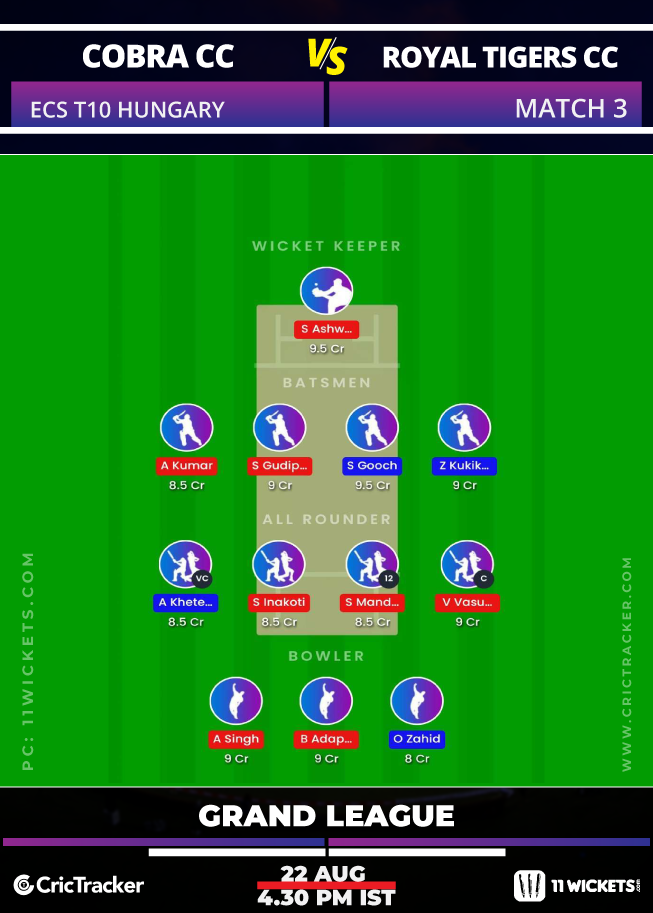 Vishnu Vasudev is one of those players who has done extremely well this year. You should have him in both your teams.

Cobra Cricket Club Vienna is expected to win this match.