Asanka Weligamge scored 117 runs in his last four games and looks to be in top form. He even picked up 7 wickets.

The 4th match of the ECS T10 Hungary 2020 is to be played between Cobra Cricket Club and Royal Tigers Cricket Club at the GB Oval in Szodliget, Hungary.

In the last and the final game on the opening day of the ECS T10 in Hungary, the Baggy Blues will face Dunabogdany CC. For both these teams, this will be their second game of the day. With each team playing just three games each in the league stages of the tournament, they should look to be at their best. Even though this will be the last game of the day, both the teams should look to deliver their best as they cannot afford any spill ups.

There would be a good sun cover during this game and there shouldn’t be any interruptions to the proceedings.

From what can be observed from the last few club games played at this venue, the pitch suits the spin bowlers and it won’t be easy for the batsmen.

Asanka Weligamge scored 117 runs in his last four games and looks to be in top form. He even picked up 7 wickets. Sugnath Raju has accounted for 6 wickets from 4 games this year. 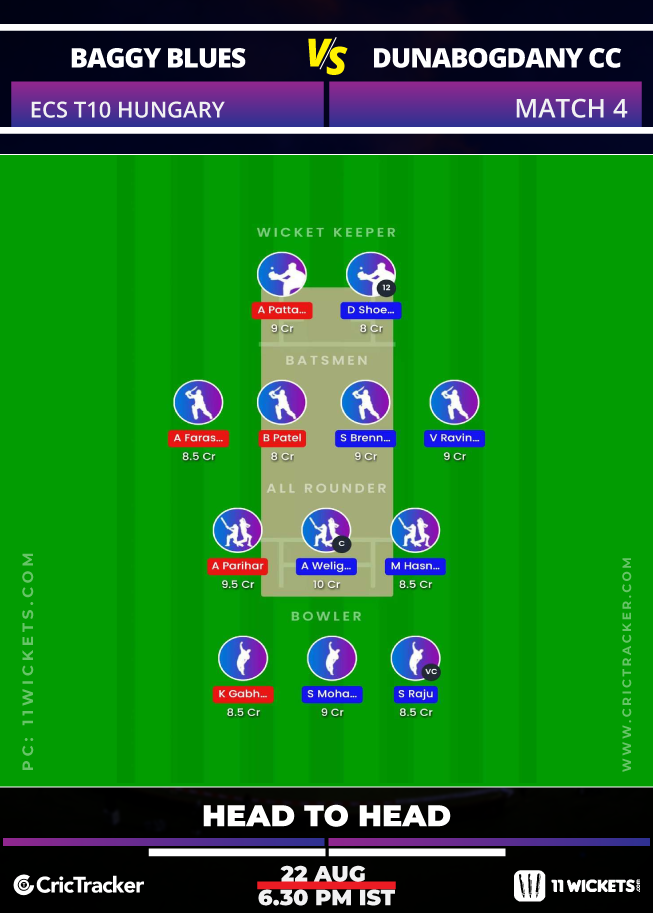 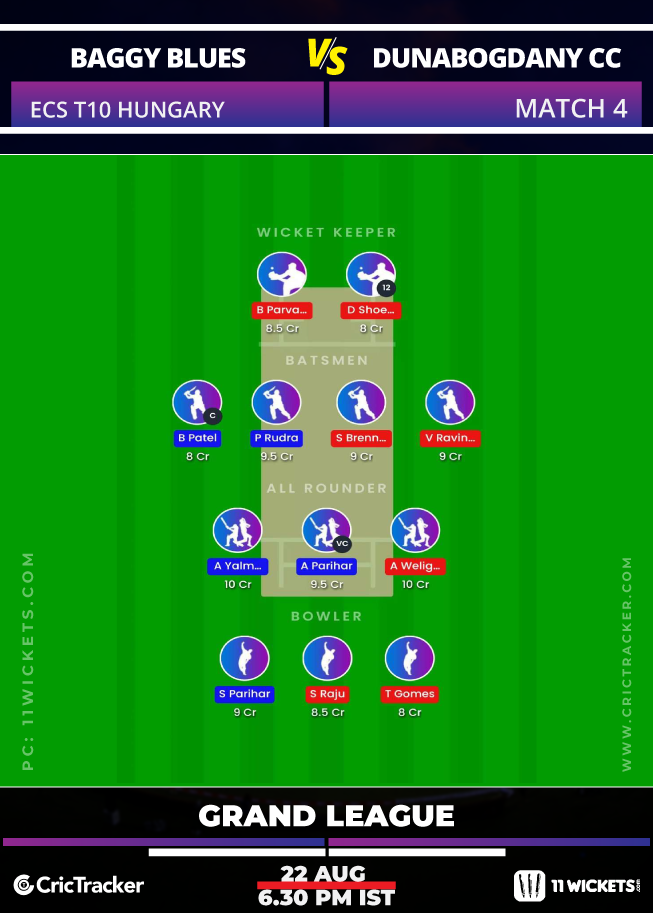 Asanka Weligamge and Bobby Patel have performed really well in recent times. You must have them as the multipliers.

Baggy Blues CC is expected to win this match.