Muhammad Samiullah scored 167 runs during the Hannover tournament that too at a strike rate close to 300. 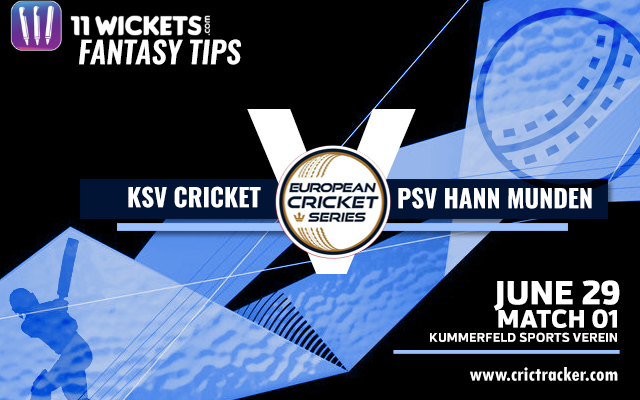 The 1st match of the ECS T10 Kummerfeld, 2020 will be played between KSV Cricket and PSV Hann Munden at the Kummerfeld Sport Verein in Kummerfeld.

KSV Cricket, the champions of the Hannover Hitout T10 competition earlier this month, will kick start their campaign in the ECS T10 Kummerfeld on Monday morning. KSV Cricket won all the four matches in the tournament they played including the final. They will be up against the PSV Hann Munden who finished 3rd in the Hitout league. In one of the league matches during the Hannover T10, the KSV team chased down a target of 141 against the PSV team with 8 balls to spare.

No threat of rain is expected for the opening match of the Kummerfeld T10 on Monday morning.

The Kummerfeld Sport Verein is expected to be a high-scoring venue with teams crossing 90-run mark comfortably. Targets of 100+ might be tricky but won’t be that tough considering how the teams played in Hannover Hitout T10. 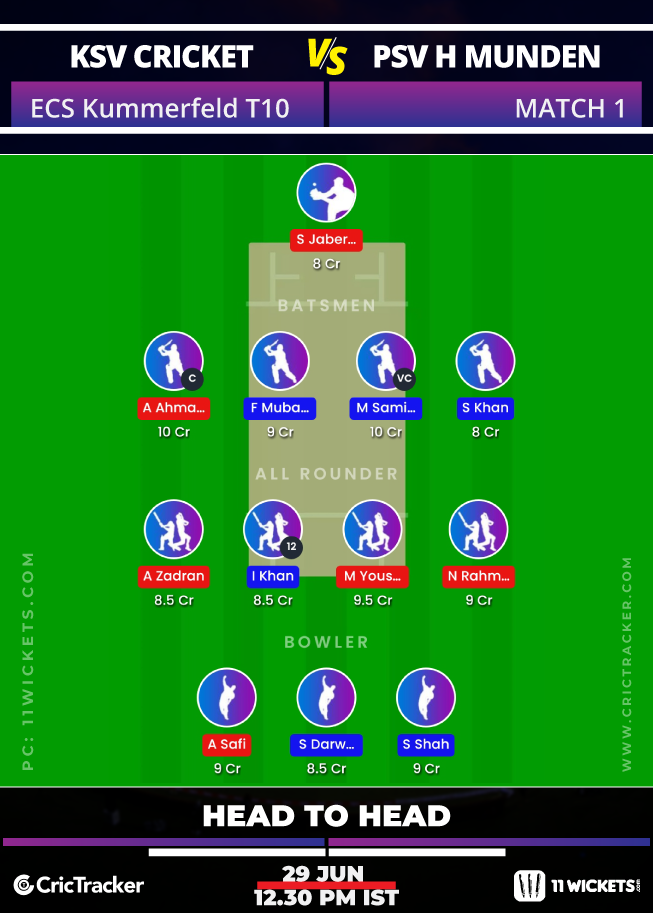 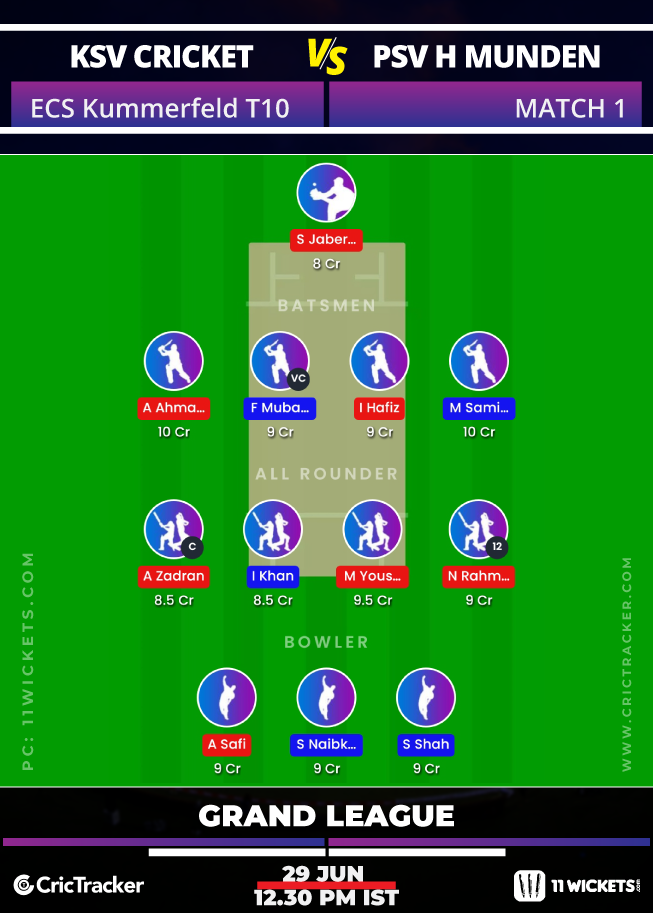 PSV Hann Munden will be playing as many as three matches on Monday. Hence, there are chances of them playing with their best possible XI in the morning game only. In such a case, the probable XI provided by us based on the best performers from the Hannover T10 is likely to be accurate for this game.

KSV Cricket is likely to edge over the PSV Hann Munden in the tournament opener.