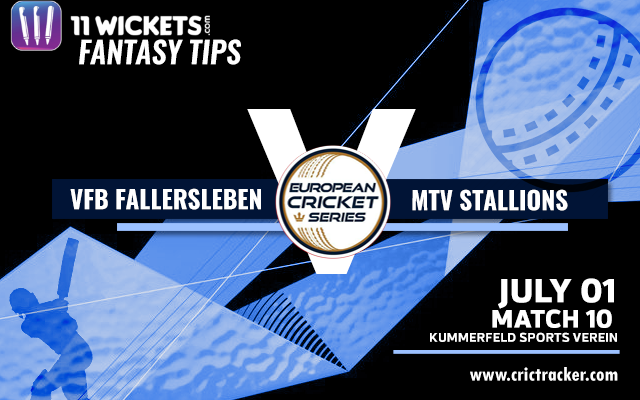 The 10th match of the ECS T10 Kummerfeld, 2020 will be played between VFB Fallersleben and MTV Stallions at the Kummerfeld Sport Verein in Kummerfeld.

VFB Fallersleben and MTV Stallions will lock horns in the 11:30 AM match on Wednesday in the Kummerfeld T10. The Fallersleben are in a do-or-die situation after being part of Tuesday’s tripleheader where they lost all the three matches they played. They failed to defend the targets of 78 and 76against KSV Cricket and SC Europa Cricket respectively. They later suffered a huge 75-run defeat in the hands of PSV Hann Munden, a margin which is pretty high for the T10 format.

Showers are predicted at the Kummerfeld Sport Verein on Wednesday afternoon.

The average first-innings total of the tournament came down to 96 after Tuesday’s matches from 99. However, it is expected to see a spike after the four matches scheduled for Wednesday if rain doesn’t interrupt. 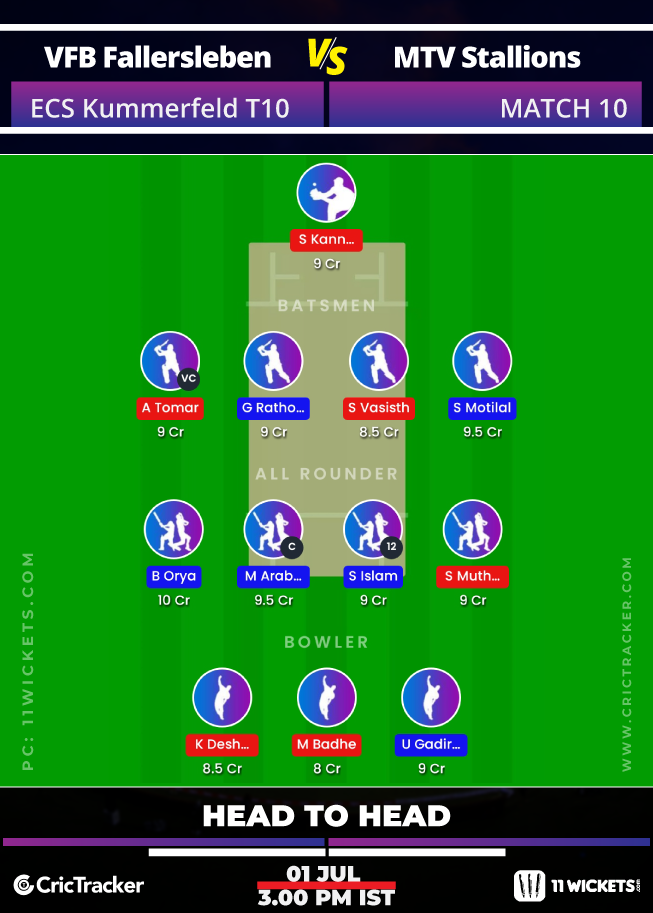 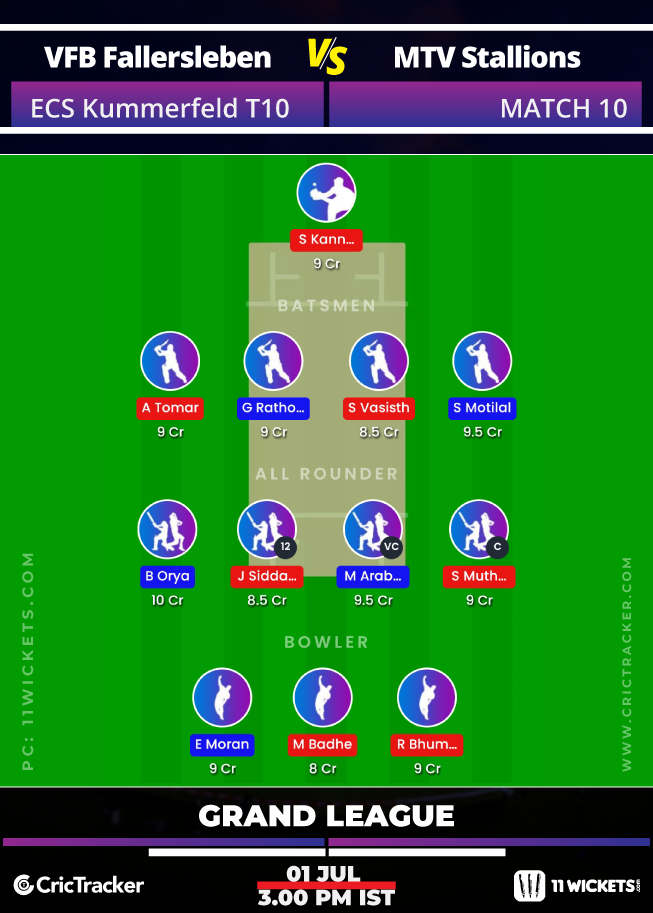 We expect MTV Stallions to remain unchanged from their 27-run win over the PSV Hann Munden. They played their both matches on Monday with same XIs and almost same batting line-ups as well. Hence, there is no reason for them to field a different XI unless any fitness issues.

MTV Stallions are expected to defeat the VFB Fallersleben by a big margin.