Basit Orya scored a total of 101 runs and also picked up three wickets during the Hannover T10.

The 4th match of the ECS T10 Kummerfeld, 2020 will be played between MTV Stallions and PSV Hann Munden at the Kummerfeld Sport Verein in Kummerfeld.

The opening day of the ECS T10 Kummerfeld will conclude with the 4:30 PM match between MTV Stallions and PSV Hann Munden. The MTV Stallions will face the SG Findorff E.V before heading into this match. On the other hand, the PSV Hann Munden would have a tiring day as they face both KSV Cricket and SG Findorff E.V before the game against the Stallions. The MTV and PSV teams were part of the Hannover T10 League where they finished 2nd and 3rd respectively.

The last of the four matches to be played on Monday is expected to get completed without any interruption.

The type of pitches used for the tournament will define the nature of the track during the evening matches. If the normal pitches are laid, we can see spinners getting some good help towards the end of the day. However, on synthetic and matting tracks, the batsmen will enjoy the domination.

Awal Khan-Safi conceded at an economy rate of 10.37 during the Hitout T10 tournament but had claimed seven wickets at a strike rate under seven.

Basit Orya scored a total of 101 runs and also picked up three wickets during the Hannover T10.

Mohammad Faruq-Arabzai was the best player of Stallions in Hannover T10 where he scored 122 runs with a best score of 79 and also claimed five wickets in total. 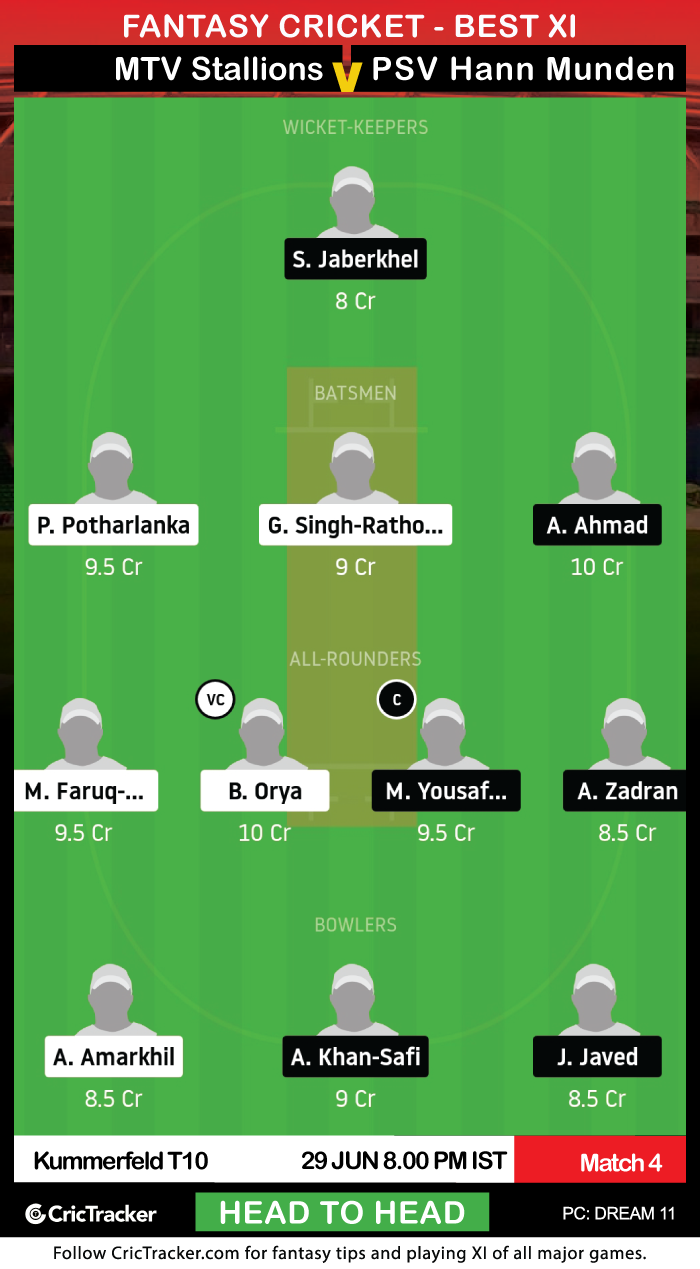 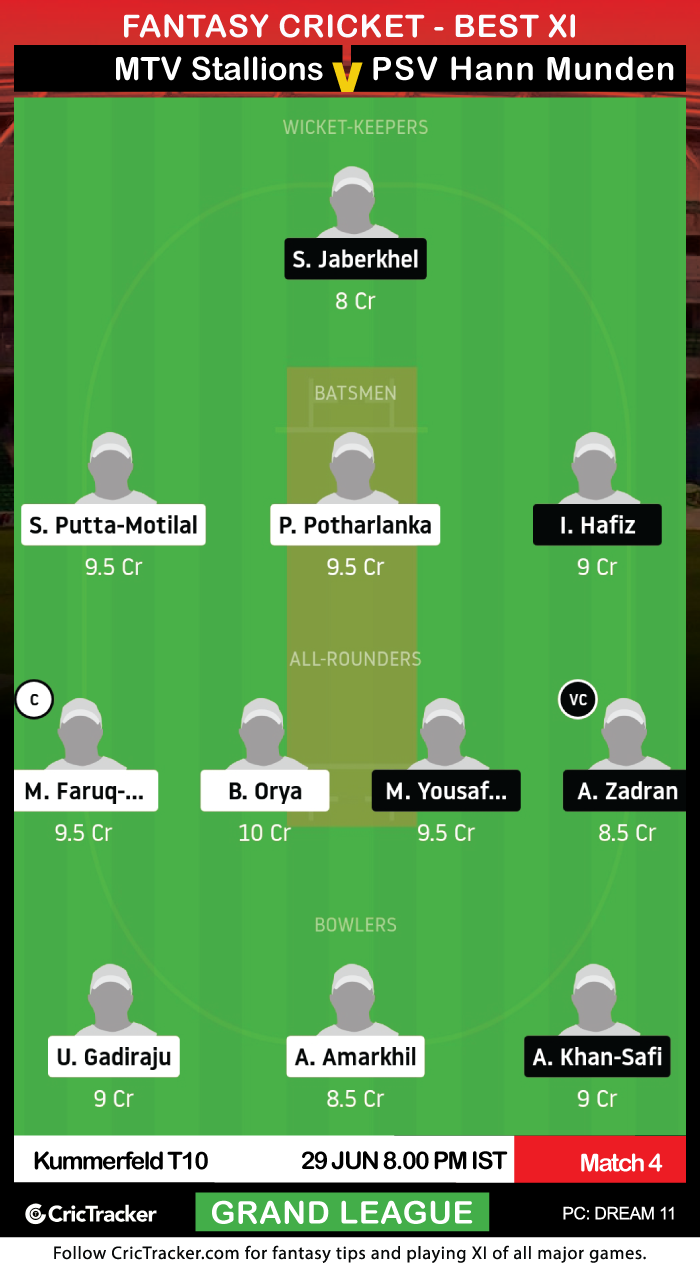 MTV Stallions are likely to hold an edge over the PSV Hann Munden during the evening match.