Dawood Khan Aryubi scored 44 runs with help of six maximums across the three innings during the Hannover T10. 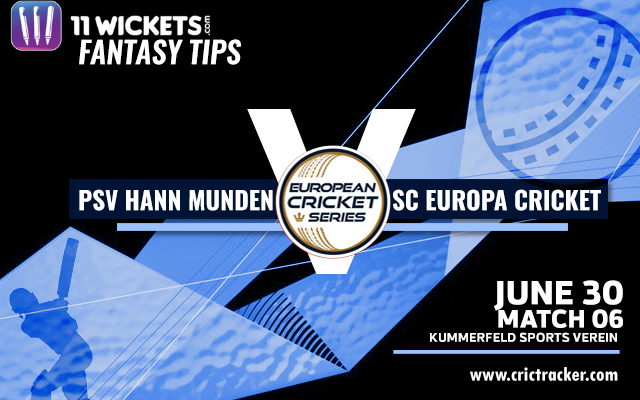 The 6th match of the ECS T10 Kummerfeld, 2020 will be played between PSV Hann Munden and SC Europa Cricket at the Kummerfeld Sport Verein in Kummerfeld.

PSV Hann Munden and SC Europa Cricket will be part of two matches apiece on Tuesday. The two teams will take on the VFB Fallersleben in the afternoon matches. The SC Europa team will begin their campaign in Kummerfeld with this game. The PSV Hann will be hoping to continue their good start to the tournament as they won two of the three matches played on Monday. They need to win one of their remaining two league matches to find a place in the semi-finals.

No threat of rain is expected for Tuesday afternoon in Kummerfeld which will be around clouds.

We can expect big totals during the 11:30 AM match with the PSV Hann Munden being involved. There were three totals in excess of 100 during the matches on Monday. 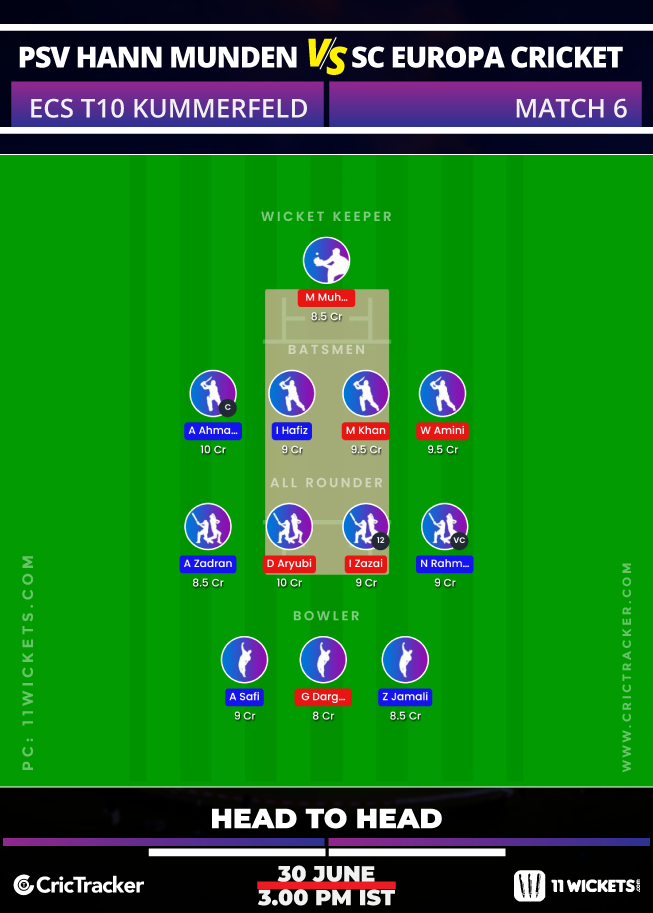 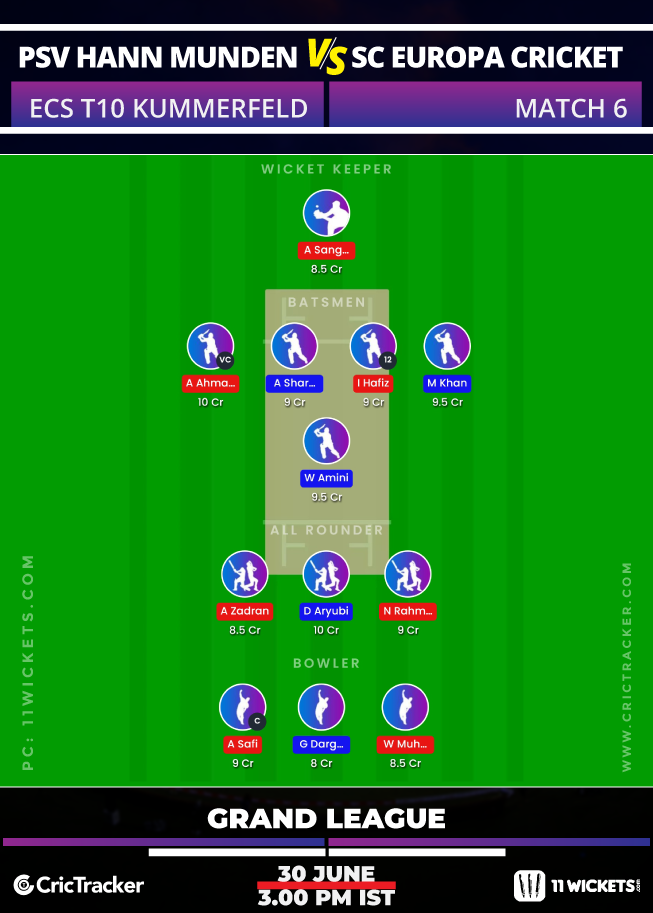 PSV Hann Munden had a decent first day where they won two of the three matches by not making any changes to their XI. Hence, we expect them to start Tuesday unchanged and firm their position in the semi-finals with their 3rd victory.