The 1st match of the ECS Malmo Tournament between Malmo Kings Cricket Club and Helsingborg Sports Club will be played at the Limhamnsfältet in Malmo.

The ECS T10 action moves to Malmo this week as the tourney will get underway with a match between Malmo Kings Cricket Club and Helsingborg Sports Club. Both the sides will look to begin their Malmo T10 campaign with a win. Expect this to be a close game as the teams will love to get the momentum going with a win.

The skies will be partly sunny, with the temperature expected to be around 16 degrees Celsius in the morning.

The shorter boundaries would prompt the teams to bowl first and chase the target later. The fast bowlers may enjoy bowling in the cloudy conditions.

Pasal Mohammad was the leading run scorer for Malmo Kings in the T20 competition played earlier this year. He amassed 242 runs for the team in six matches, which included two fifties. Mohammad even picked up 17 wickets in just 5 innings. Tahir Hussain is another fantastic bowler present in the Malmo Kings team. He scalped six wickets in the five innings he bowled in during the competition.

Abinash Panda was the second highest run-scorer for Helsingborg in the T20 competition, with 123 runs in eight matches. His strike rate of 119.42 was one of the best in the team. Sadashiv Gour will be the top pick from their bowling attack. He dismissed 13 batsmen in the eight matches that he played. 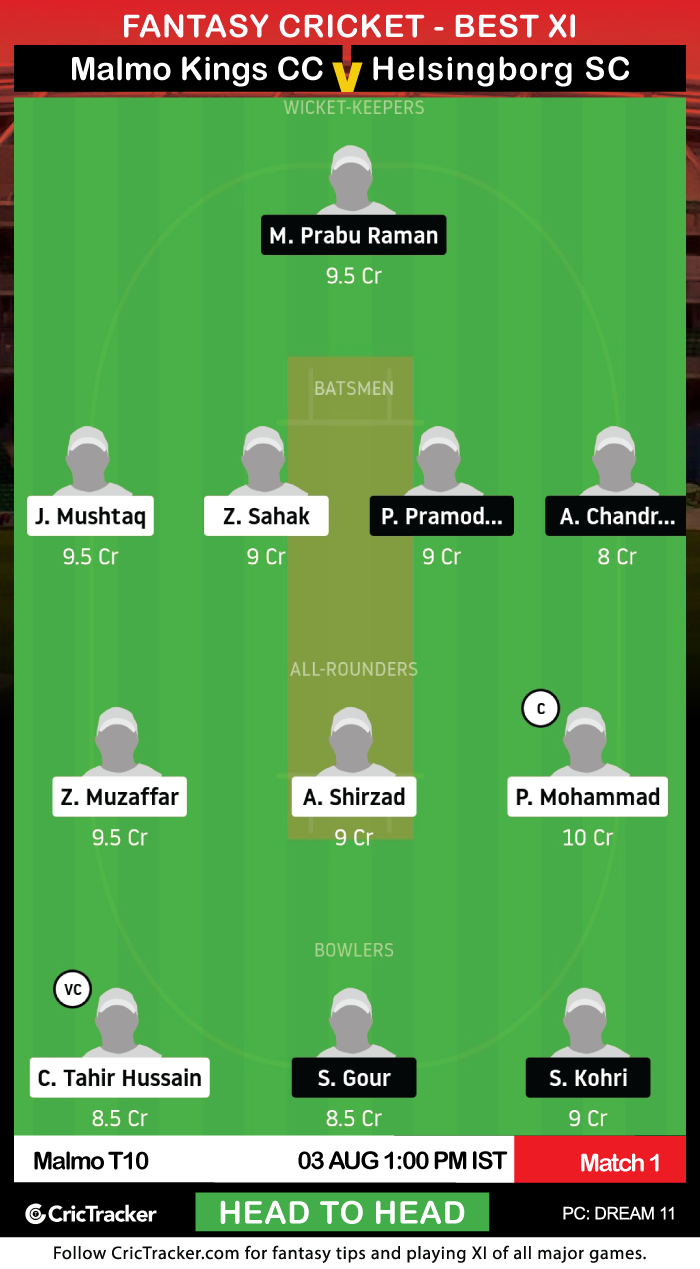 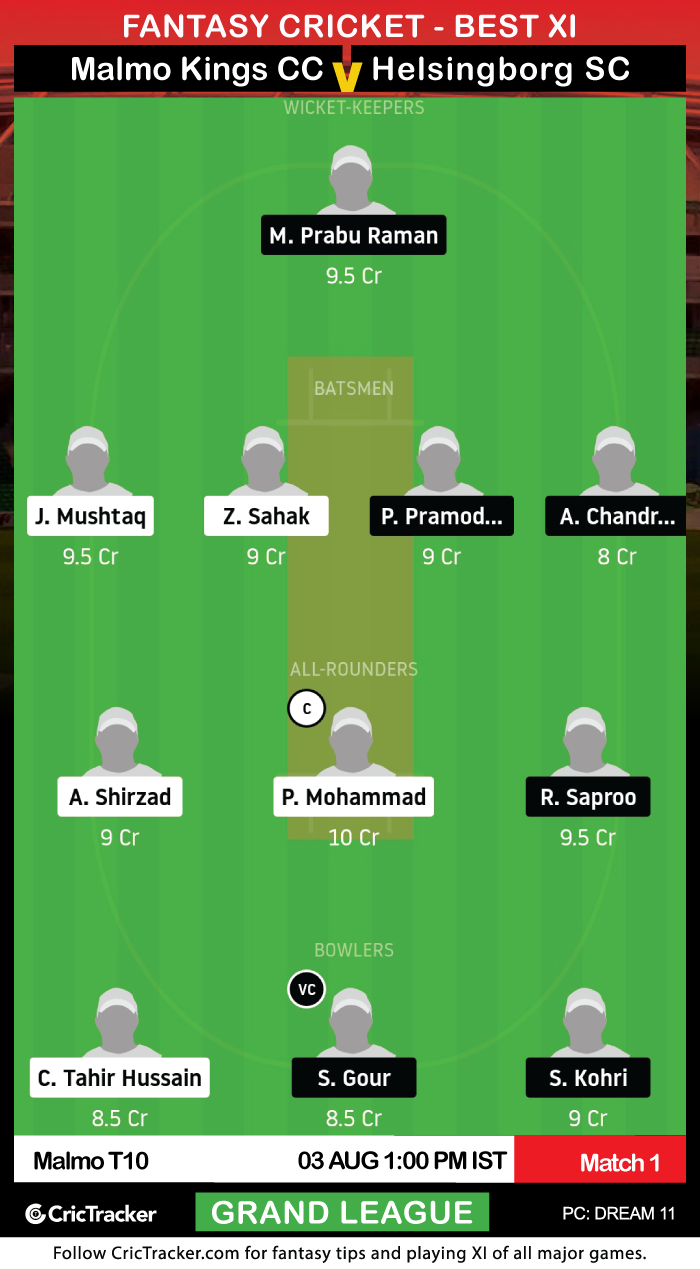 All-rounder Rohit Saproo picked up 8 wickets and scored 33 runs in the T20 League. He could score a lot of points in this game. It is advisable to pick him in the team.

Malmo Kings Cricket Club is expected to win this match.