Fresh Tropical will take on Milan United in the 5th Match of the ECS T10 on Tuesday. Both the teams are making their debut in the tournament. Fresh Tropical players are well-suited to the explosive T10 format. They would like to start their campaign with a win.

On the other hand, Milan United are one of the leading clubs in Milan. It will be interesting to see how Milan United impact T10 cricket on the ECS stage.

The pitch at the Milan Cricket Ground is an ideal one to bat on and pace bowlers also get help from the pitch due to cloudy weather. Batting first will be easy than chasing on this ground.

Zahid Cheema is a genuine pace bowler who will bowl with a new ball. He will attack the stumps and has a good chance of picking wickets. He picked up 3 wickets in 4 matches in the previous ECS edition.

Fahad Malik is a fantastic all-rounder who can contribute with the bat and the ball for his team. He can turn the game anytime with his incredible all-round ability.

Suresh Silva is a batting all-rounder who will open the innings. He was the leading run-scorer in last season for MU.

Damian Fernando is an opening wicket-keeper batsman who is known for his hard-hitting abilities. He can destroy any bowling lineup if gets going. 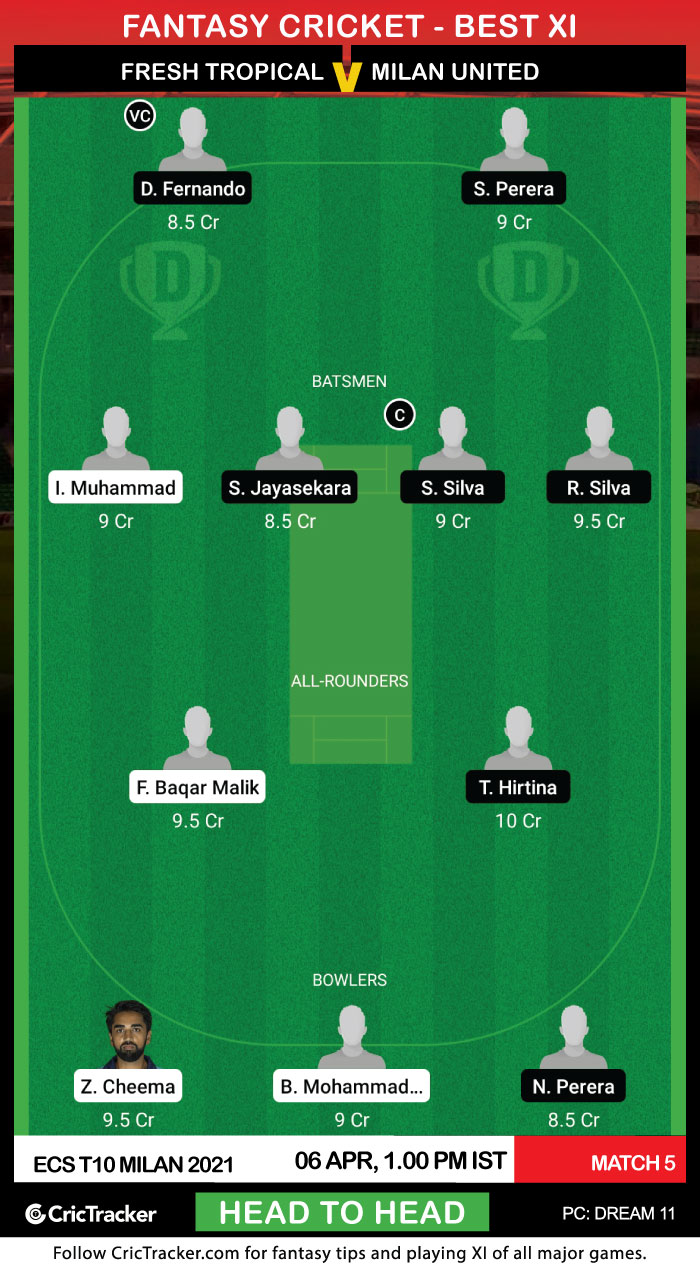 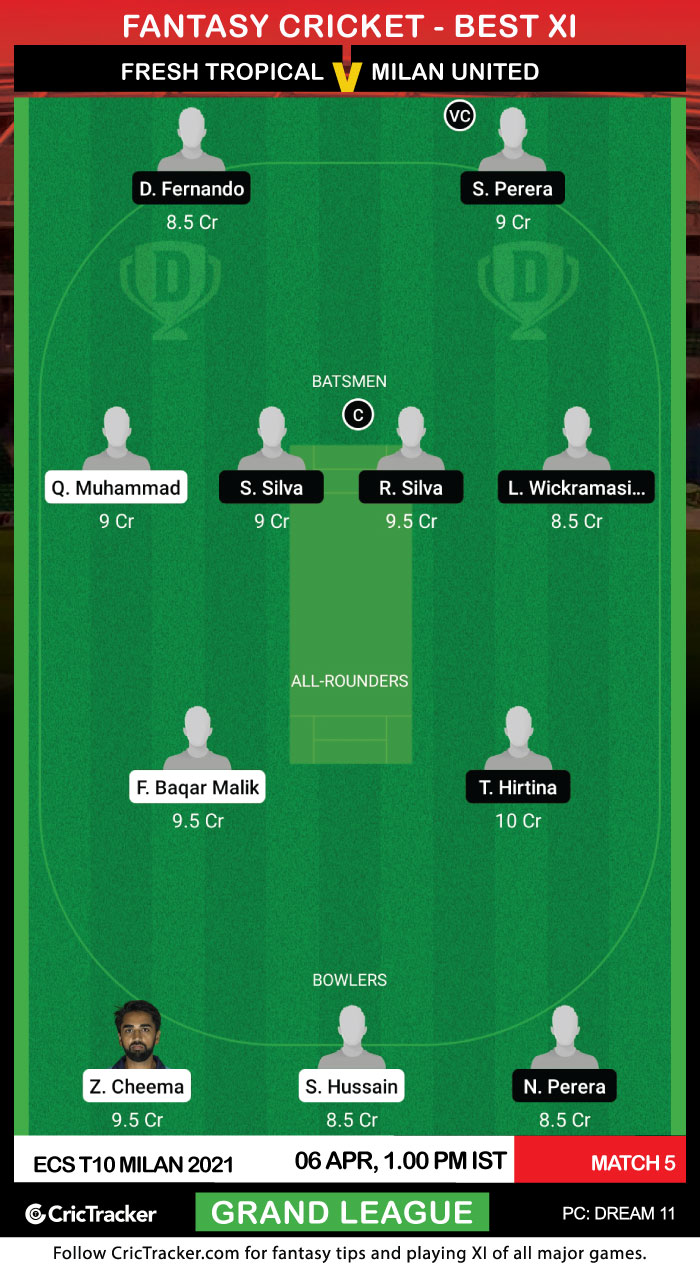