Bergamo Cricket Club is expected to win this match.

The skipper of Bergamo Cricket Club Jaspreet Singh was the top scorer from their side by scoring 17 runs in 9 balls whereas he picked up 2 wickets on an economy of 10.5. They will play two matches on Day 2 of the ECS T10 and they will be hoping to end the day on a high note.

Meanwhile, Pioltello United also lost their last match against Bogliasco by 8 wickets. Pioltello United played two matches and lost both of them. In a tournament like this, it is important to gain some much-needed momentum at the very start of the competition. So, this game will be crucial to both camps.

The track has equally helped the batsmen as well as the bowlers. The pacers are expected to procure some initial swing with the new ball. The captain winning the toss should not hesitate to bowl first.

Jaspreet Singh is a top-allrounder pick for this game. He has grabbed 2 wickets so far and also scored 17 runs with the bat in the last match. We back him to do well in this game.

Baljit Singh could be a very effective pick in this match. He has contributed superbly with both bat and ball. He has scored 16 runs and scalped 1 wicket in the last match.

Ahmad Khan is a genuine all-rounder who can help you to fetch points from both ends. He has scored 29 runs and also picked 1 wicket in this tournament so far. He can score a big knock in this upcoming match.

Abbas Khan has scored 17 runs in 2 matches and grabbed 1 wicket too. He is someone who can single-handedly win games for his side.

BCC vs PU Must Picks for Dream11 Fantasy Cricket: 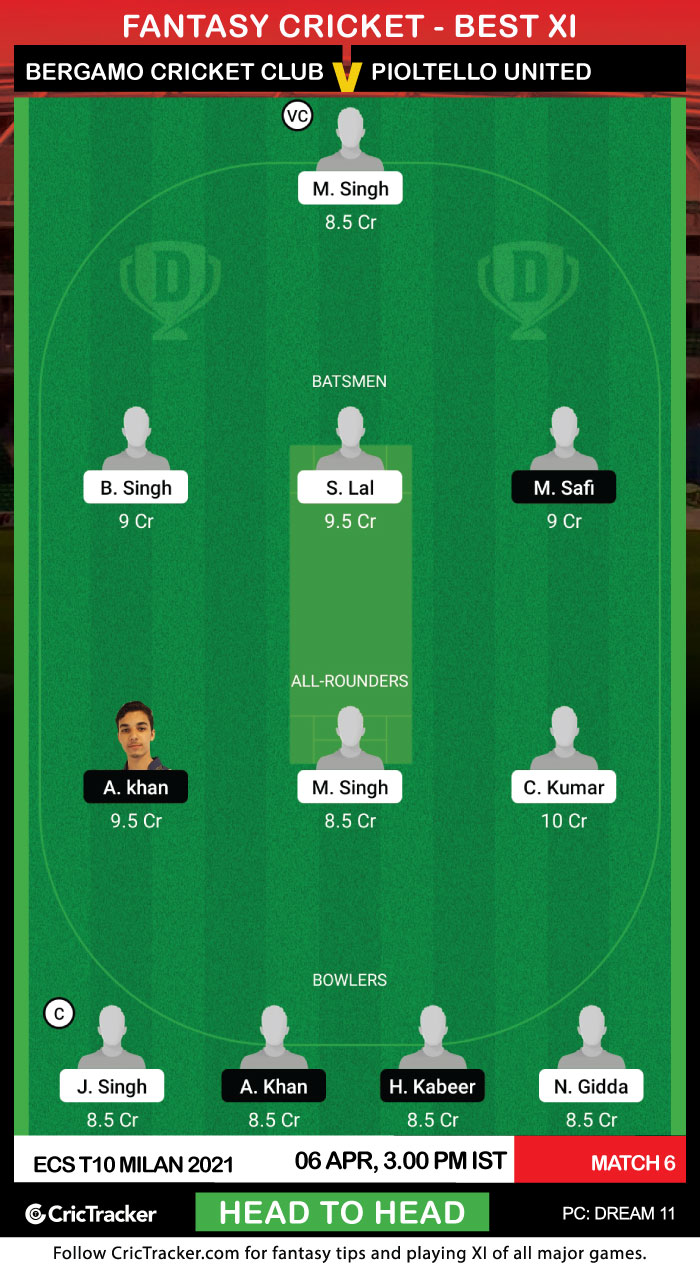 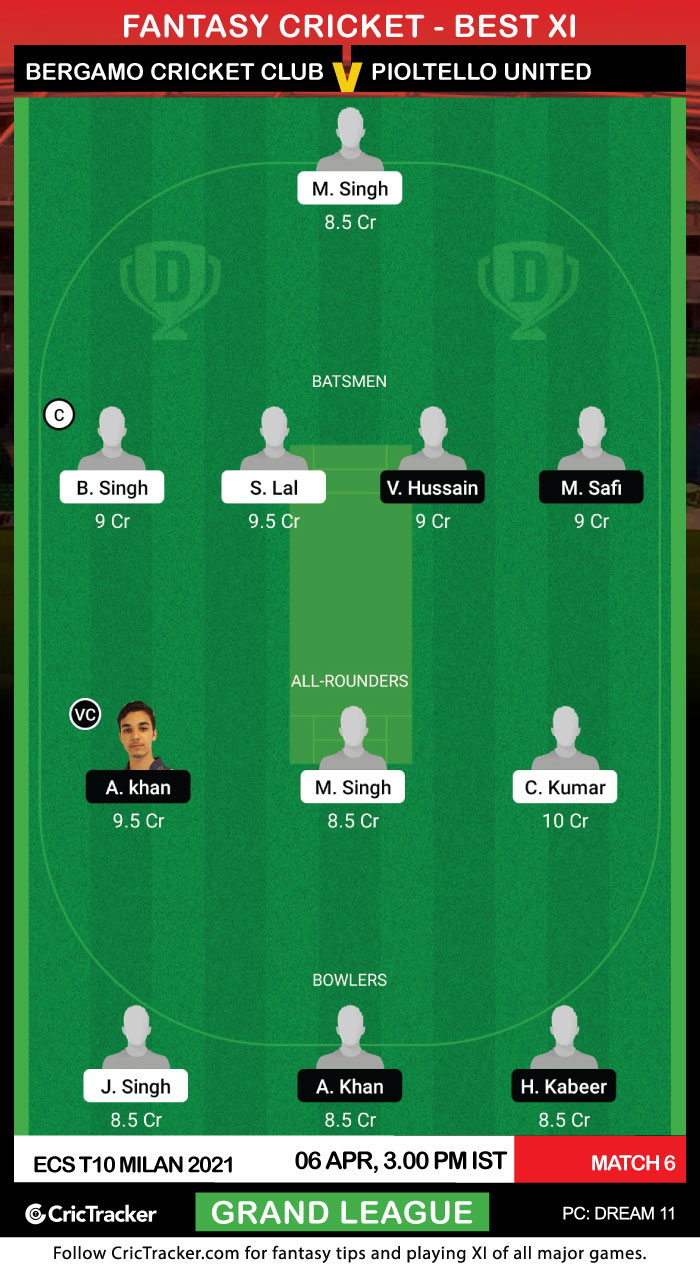 Bergamo Cricket Club is expected to win this match.