Baneasa Cricket Club are expected to win this match.

The 4th match of the ECS T10 Romanian will be played between United Cricket Club and Baneasa Cricket Club at Moara Vlasiei Cricket Ground, Bucharest.

The match is scheduled to start at 4:00 PM local time (6:30 PM IST) and is being streamed worldwide on the European Cricket Network and on FanCode.

The inaugural edition of ECS Romanian T10 is starting on Saturday and will be played at the Moara Vlasiei Cricket Ground. Baneasa CC, Cluj CC, Indian CC and United CC will compete with each other in eight T10 matches over the next two days. In the fourth match of the tournament, hosts United CC will take on Baneasa CC. It will the second match of the day for both these sides. United CC, as of now, have played five official matches out of which they won only one.

Baneasa CC till now have played four official matches and have a winning record of 25 per cent. They have a decent batting line up with the likes of Abdul Shakoor, Atif Naqvi, Ijaz Hussain and Patras. It will be an interesting match as both the teams have not won many matches so far, they look forward to improving their record.

It will be a sunny evening in Bucharest with a temperature of 29 degree Celsius and there is no chance of precipitation.

Not many matches have been played on this ground recently. But from what we know, it could be a sporting pitch slightly more inclined in the batsmen’s favour.

Ramesh Satheesan has scored 135 runs in 5 matches he has played at an average of 27 with a strike rate of 169, with the ball he has taken 6 wickets at an economy of 9.3.

Imran Haider has scored 123 runs at an average of 41 with a strike rate of 131 which includes one half-century as well. 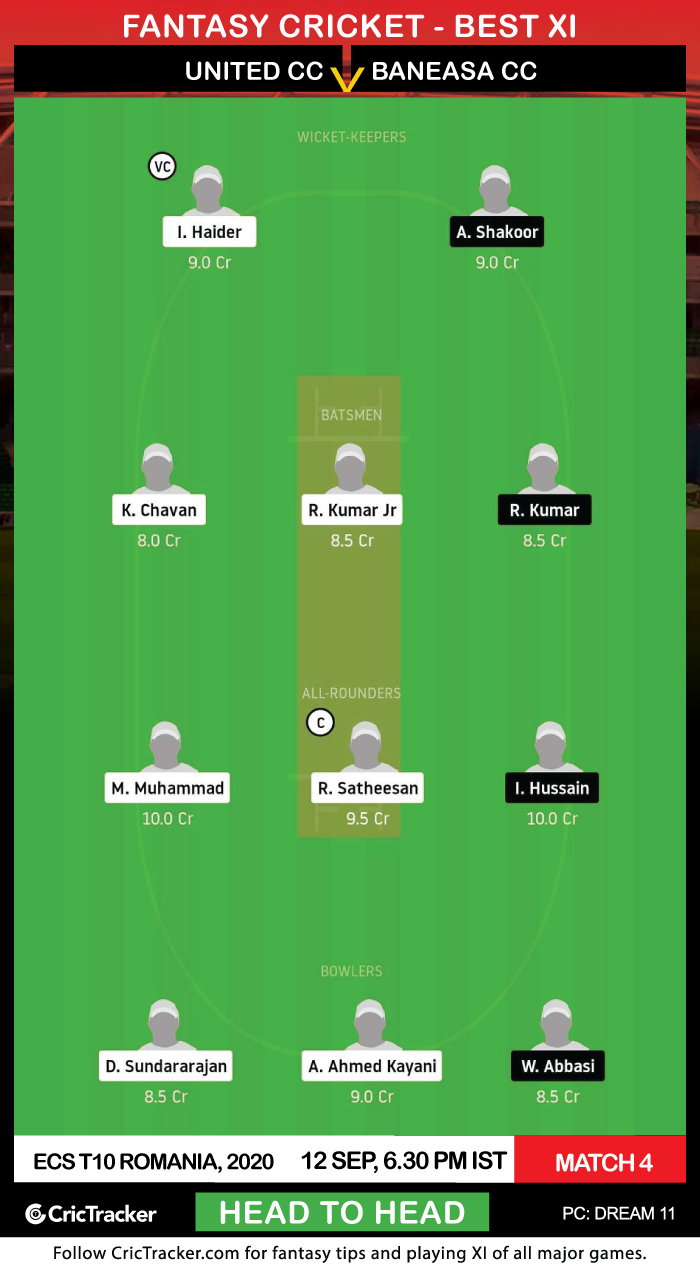 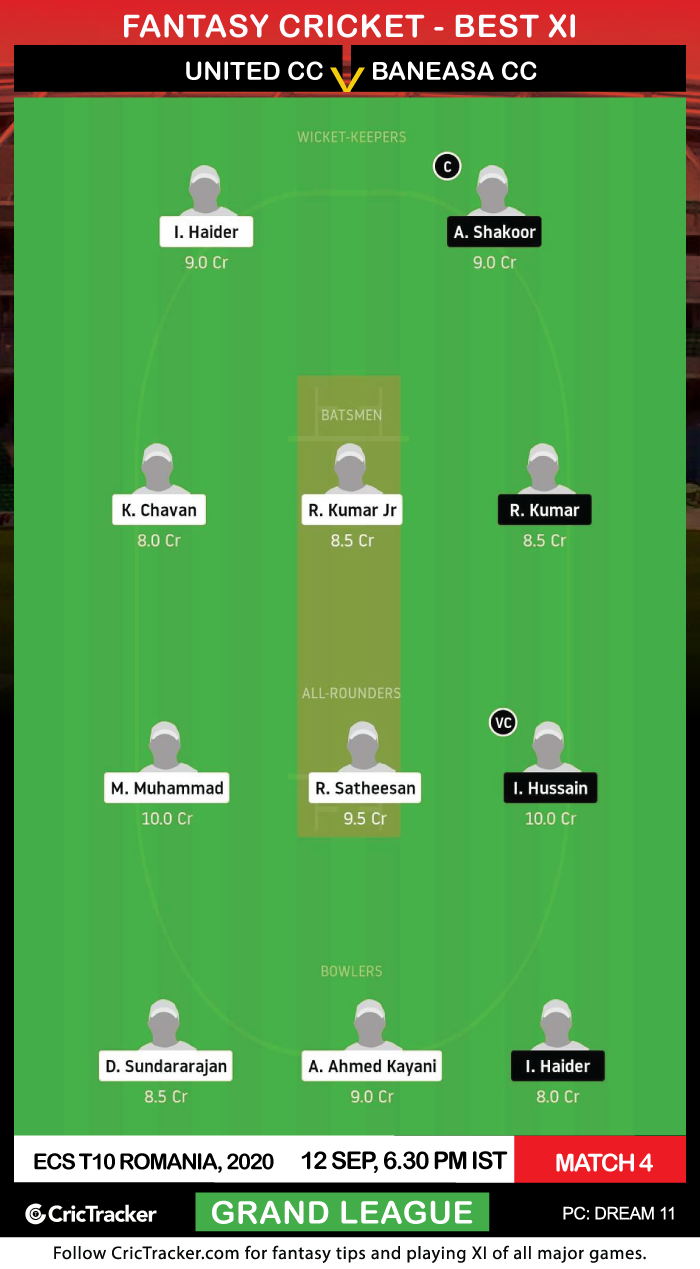 Ramesh Satheesan has performed well in recent matches in all the departments so he must be in your Dream11 Fantasy team.

Baneasa Cricket Club are expected to win this match.