Indian Cricket Club are expected to win this match.

Indian Cricket Club Bucharest are placed on the 2nd spot with a win and a tie in their first two encounters they played. But they cannot underestimate their opposition as they also have some quality players in their line-up. We can expect a competitive battle between these two teams on this Sunday.

It will be sunny in Bucharest with the temperatures expected to hover around 28 degrees range.

The pitch at this ground mostly favours the batsmen. The team winning the toss will look to field first at this venue.

Waqar Abbasi and Abdul Shakoor have been decent with the bat as they scored 54 and 52 runs in two games respectively. Ijaz Hussain, on the other hand, scored 43 runs and picked up two wickets in the first two matches.

Gohar Manan is the leading run-scorer of the tournament and has plundered 199 runs in just two matches including a hundred in his last encounter against Cluj Cricket Club. Sami Ullah is expected to lead the bowling attack and he got four wickets from the two games he played. 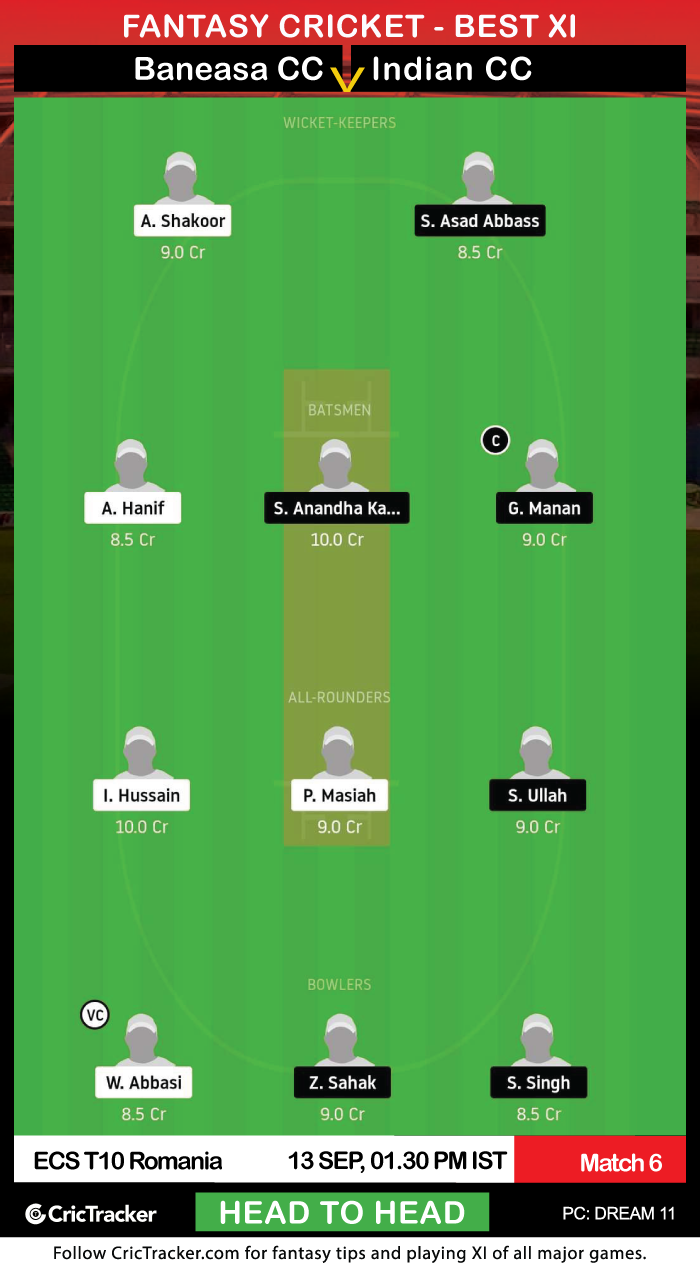 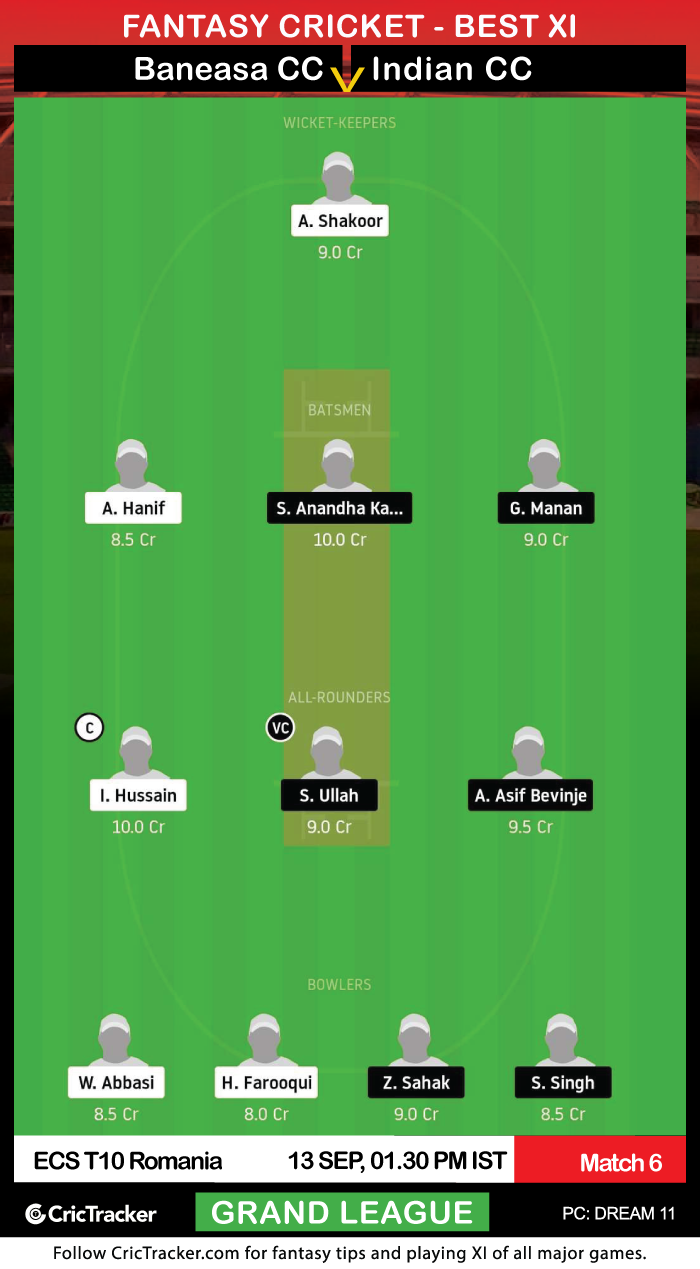 Four bowlers are picked in both these teams as they have done well so far. But you can go for an extra all-rounder or a batsman in your Dream11 Fantasy team.

Indian Cricket Club are expected to win this match.