Hasnat Ahmed is the leading run-scorer of the tournament, having scored 112 runs in his 3 outings including a fifty.

The second match of the day in ECS T10 Rome 2020 is all set to play between Janjua Brescia Cricket Club and Rome Bangla Cricket Club at Roma Capannelle Cricket Ground in Rome.

The tournament favourites, Janjua Brescia CC, are going to clash with Rome Bangla CC on this Friday. Janjua Brescia CC is at the top on the points table with 6 points whereas their opposition Rome Bangla CC are just behind them with one win in two games. The team won its last game against Asian Latina CC by chasing down the total of 79 runs quite comfortably.

Janjua Brescia CC also has got the winning momentum as they are undefeated in the tournament so far. And coming to this game, Rome Bangla CC have to play at their best to beat the strongest team in the competition. Janjua Brescia Cricket Club is expected to dominate once again in this game.

The weather at Roma Capannelle has remained brilliant for cricket. Clear skies with temperatures hovering around 28 Degrees Celsius mark.

The pitch has been helpful to the batsmen and they are enjoying playing big strokes at this venue. Hence, the bowlers have to find something new to contain runs flow on this track.

Hasnat Ahmed is the leading run-scorer of the tournament, having scored 112 runs in his 3 outings including a fifty to his name. Naeem Ahmad and Zain Abdeen Ul have played some decent knocks in the last couple of games. Zahid Ali has taken 5 wickets in three matches he played.

Ahmed Anik, the skipper, has scored 31 runs as his team played only one game in the competition so far. Hossain Fahad and Hossain-MD Bilal-Bhuiyan picked up two wickets against Asian Latina CC. 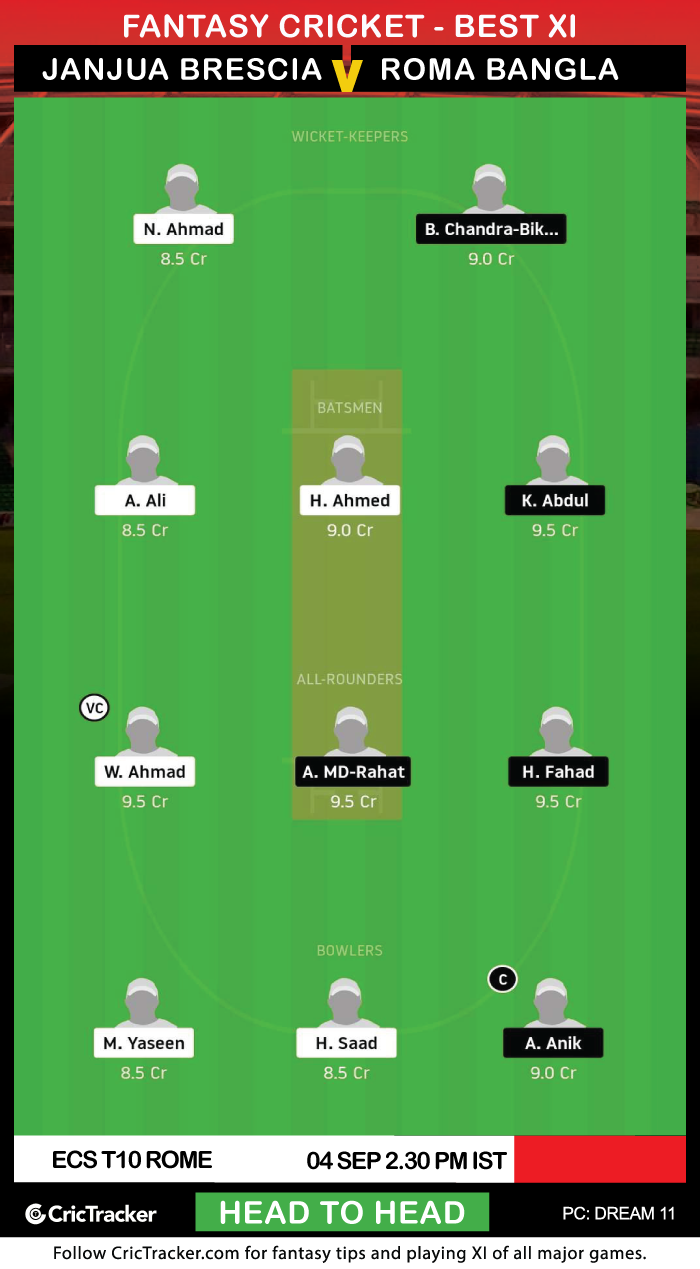 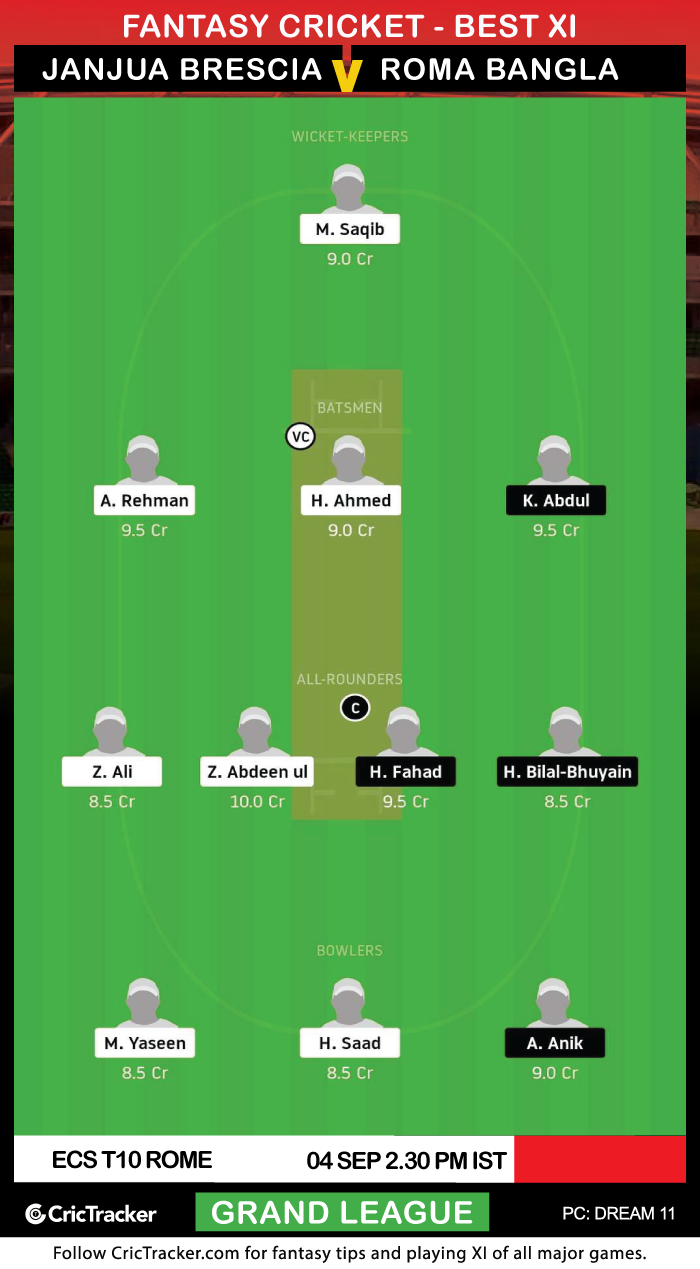 Hossain-MD Bilal-Bhuiyan and Zahid Ali are good all-rounders for their side. You can have them in your Fantasy team.

Janjua Brescia Cricket Club is expected to win this match.