The 21st match in the ECS T10 St Gallen, 2020 will be played between Cossonay CC and Winterthur CC at the Grundenmoos in St Gallen.

Cossonay CC and Winterthur CC, the two of the four teams involved in tripleheaders on Thursday, will face off in the last game of the league phase in the ECS T10 St Gallen. This match will start at 7 PM local time and has got the chance of deciding the line-up for the semi-finals to be played on Friday. Both the teams are separated by two points but their NRR is quite high. Hence, these two sides will have an advantage of moving forward in case of being tied on points with Power CC and St Gallen CC who have four points each.

Pleasant weather is expected during the game between Cossonay CC and Winterthur CC.

Until the first match of Thursday, the St Gallen CC hosted 16 matches where there have been six totals in excess of 110. However, the highest target chased successfully in those is well under 100. Hence, the teams winning the toss will look at batting first and post as big totals as possible.

Average first innings score: 102 (Until 16th match of this tournament)

Ashwin Vinod scored 34 runs in three games where he also bagged four wickets but conceded runs at an economy rate over 10. Bashir Ahmed Khan scored 38 runs in the three matches they played and also claimed two wickets in the four overs he bowled in the tournament.

Saqib Ali scored 39 runs in the two innings he batted which includes an unbeaten 32. He also took two wickets in four overs at the cost of 19 runs. Diyon Johnson went for 40 runs in the four overs he bowled thus far but has ended up with four wickets. 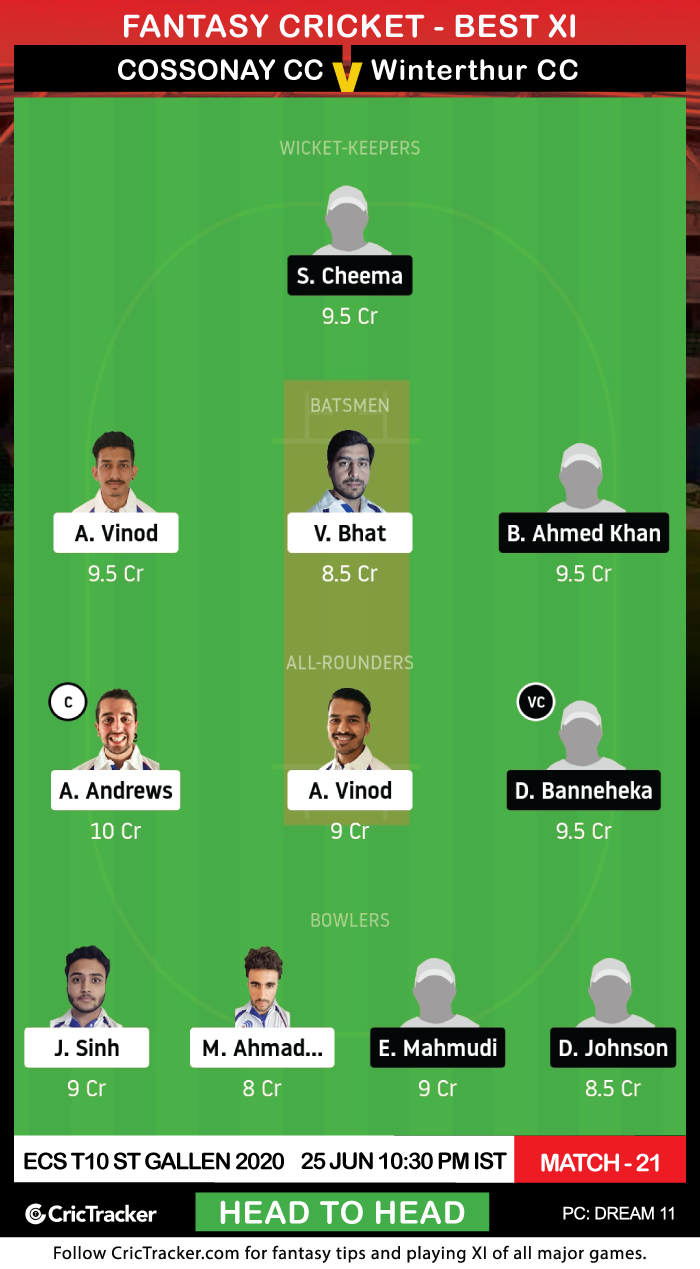 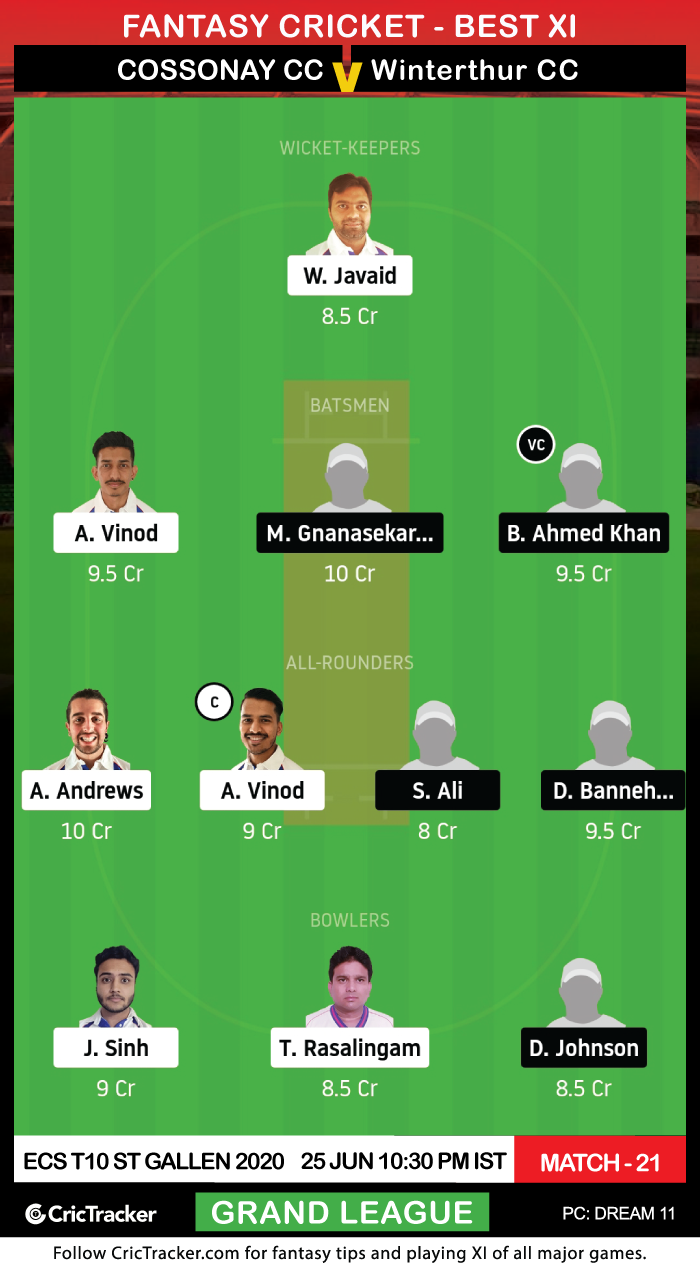 The playing XI that Winterthur is going to field in this match is going to depend on their position in the table before facing the Cossonay CC. If they defeat one of Zurich Nomads CC and Power CC teams on Thursday, they are likely to enter the knockouts due to their high NRR.

The Winterthur CC is expected to register a close win against the Cossonay CC.