Ali Nayyer has bagged a total of 76 wickets in 30 the domestic T20 matches with help of three 5-wicket hauls. 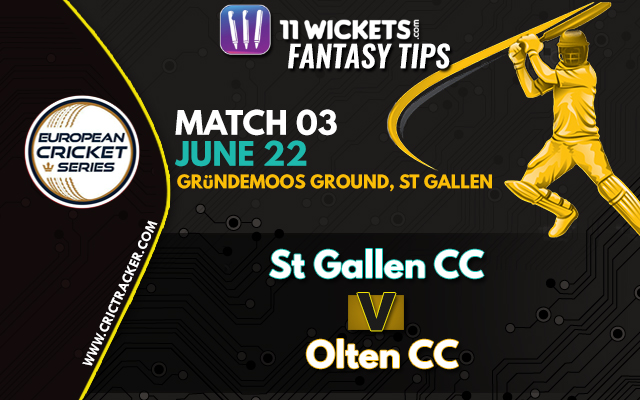 The 3rd match in the ECS T10 St Gallen, 2020 will be played between St Gallen CC and Olten CC at the Grundenmoos in St Gallen.

St Gallen CC will get going in the St Gallen T10 on Monday when they face against the Olten CC team. The Olten CC will come into the game having faced the Zurich Nomads CC while the St Gallen CC will face the Zurich Crickets CC. The gap between two matches could get reduced if any of the sides be slow on with their bowling over-rate. However, such teams will have to serve an instant penalty. Five runs will be added to the opponent’s tally for every over that was delayed.

Pleasant weather is expected at the game between St Gallen and Olten teams.

The local games in Switzerland seem to be favoured towards the batting if we consider by the past results of the domestic competitions in the country including one T10 tournament.

Ali Nayyer has bagged a total of 76 wickets in 30 the domestic T20 matches with help of three 5-wicket hauls. He is a pretty good striker of the ball having struck 525 runs at a strike rate over 150 and an average of 21. Tharanitharan Thanabalasingham has claimed as many as 103 wickets in Switzerland domestic T20 cricket all of them across 61 matches at an average around 15 with three 5-wicket hauls. 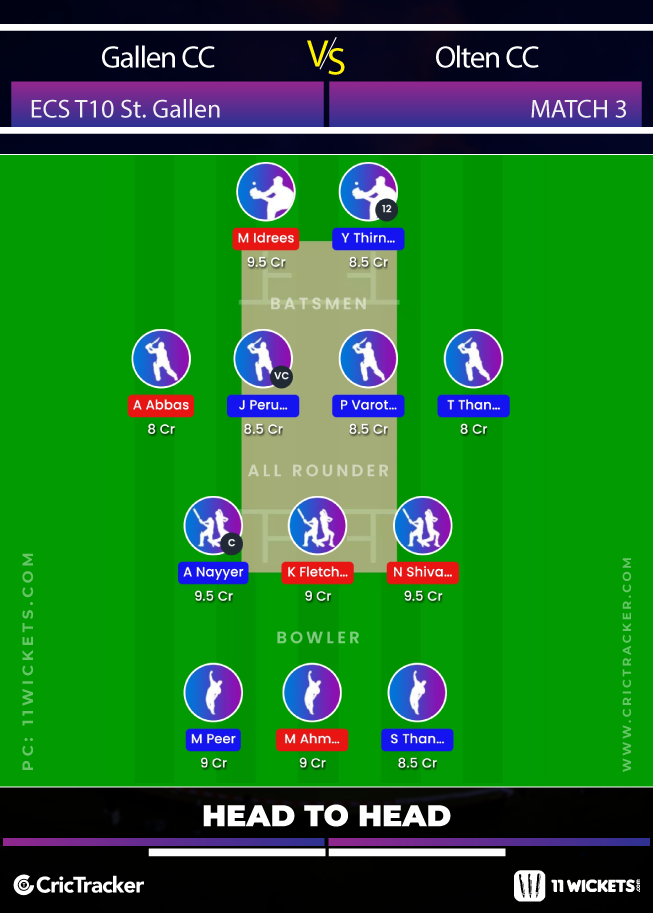 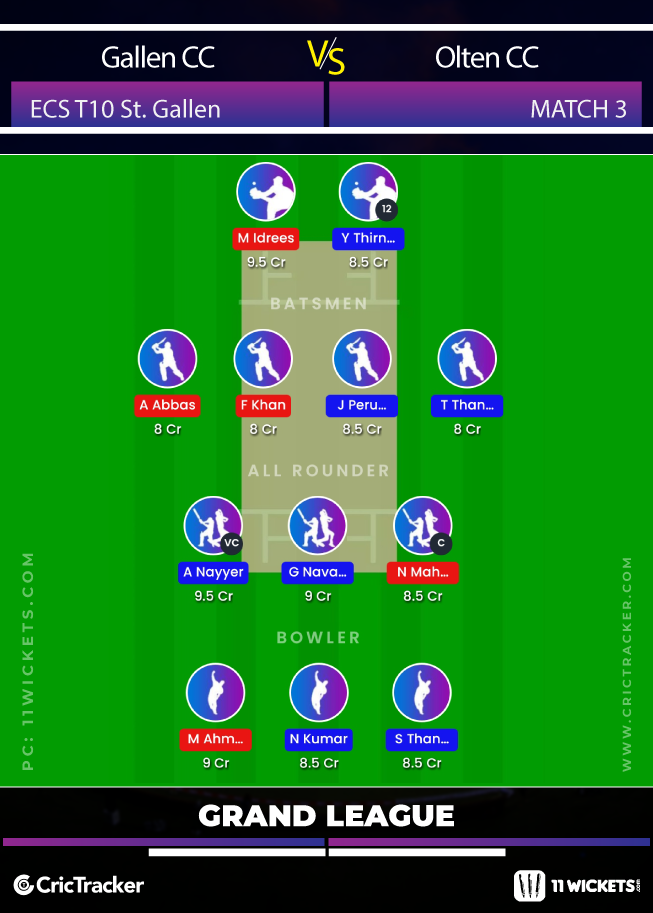 Mohamed Nasim could well be a differential pick in the fantasy team as claimed up 52 wickets across 45 domestic T20 matches and also scored close to 500 runs at a decent average and strike rate. He hasn’t been selected by many including in our fantasy suggested XIs. We couldn’t pick him in our fantasy team for this match due to excess all-rounders in the available category.

The St Gallen CC is expected to start their campaign with a victory.