Swapnil Kale claimed three wickets at an economy rate of little over 8. 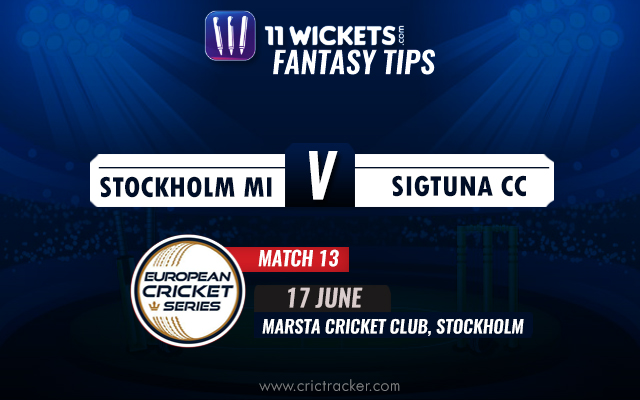 The 13th match of 2020 ECS T10 Stockholm League will be played between Stockholm Mumbai Indians and Sigtuna CC at the Marsta Cricket Club in Stockholm.

The Stockholm Mumbai Indians have got the most successful IPL team’s name in their team title but have been far from justifying the same. They were part of the last two matches each on Monday and Tuesday but ended on the losing side in all those four. In their 5th match, the Stockholm team will face Sigtuna CC as they look for their first win of the tournament. The Sigtuna hasn’t played a match on Tuesday but won both the fixtures they were part of earlier on Monday.

Showers are expected at the Marsta CC in the afternoon which could cause trouble to the play.

The losing streak of chasing teams in the tournament finally ended on Tuesday where all the three completed matches including a 5-over affair were won by the second batting teams only.

Muhammad Rehman is currently the leading run-getter of the tournament with 99 runs which he scored with help of a fifty an unbeaten 46-run knock. No other player has scored even 70 runs in this tournament so far. Avinash Donagre costs only 8 credits and is placed in the category for the batters but has got to face only two balls in total. However, he bagged three wickets across the six overs bowled in the tournament thus far. Swapnil Kale costs only 8.5 credits and is placed in the category of the bowlers. He took three wickets at an economy little over 8 runs and also scored 25 runs at an average of 12.5 across four innings. 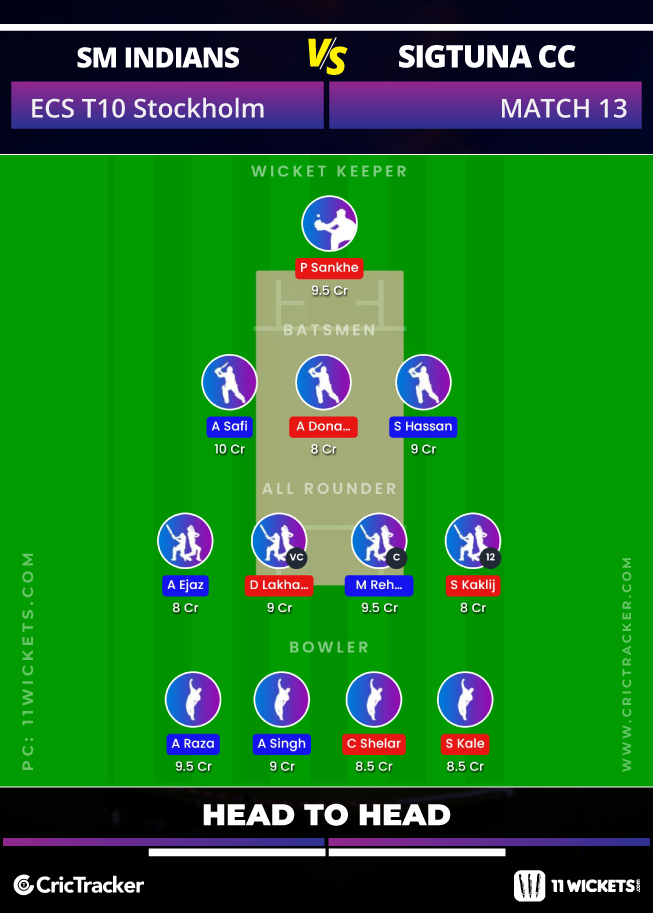 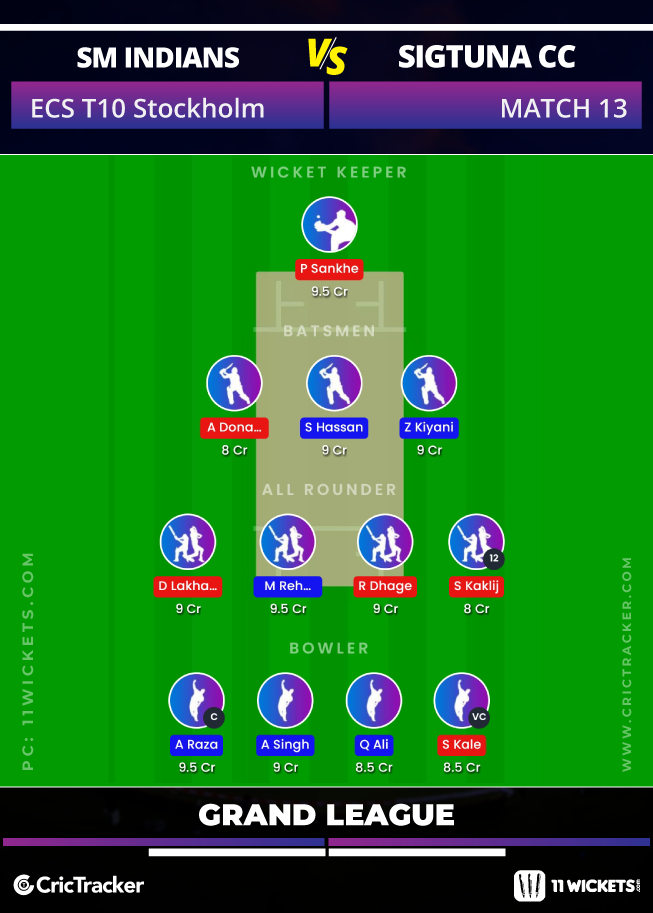 Sigtuna CC will be back to back matches on Wednesday after getting Tuesday as off day. They began the tournament with successive wins and will be in a great position if they win over Pakistanska Foreningen as well. Hence, there are possibilities of them making changes to their playing XI against the Stockholm Mumbai Indians.

The Sigtuna CC is expected to continue their winning form against a weak Stockholm CC.