Choudry Ali has scored 96 runs in three completed matches at a strike rate of 218.18. 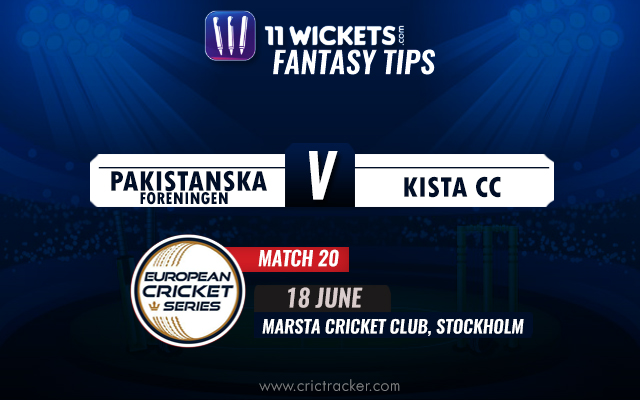 Pakistanska Foreningen will end their set of league matches on Thursday when they face Kista Cricket Club. Pakistanska Foreningen, at the start of the day, have 8 points in their kitty thanks to three wins and two washed-out matches. They are the only team to seal their semi-finals spot ahead of the Thursday’s matches. On the other hand, the Kista Cricket Club played all the three matches they were part of in the first three days. Thursday will be a tripleheader day for Kista CC who need only one more point.

The game between Kista and Pakistanska is expected to get finished without any interruptions.

The average first-innings total across 14 unaffected matches until the 2nd game on Thursday reads 87. Only five teams have won chasing in those 14 matches but none of them has been while chasing a target of 90 or more.

Zubair Abbas bowled six overs by conceding only 26 runs, where he also claimed two wickets. Zubair scored 18 runs in one of the matches he played in the tournament. Choudry Ali is currently the top run-getter for his team as he scored 96 runs in three innings at a strike rate of 218.18. He smashed eight fours and seven sixes across those three innings.

Chandan Khatri has scored a total of 47 runs in three innings at an average of 47 and a strike rate close to 150. Khatri also claimed four wickets in the five overs he bowled in the tournament. Arif Zaidi has bagged only one wicket across the three matches in the tournament. However, he has been quite economical as he conceded only 37 runs across the five overs he bowled thus far. 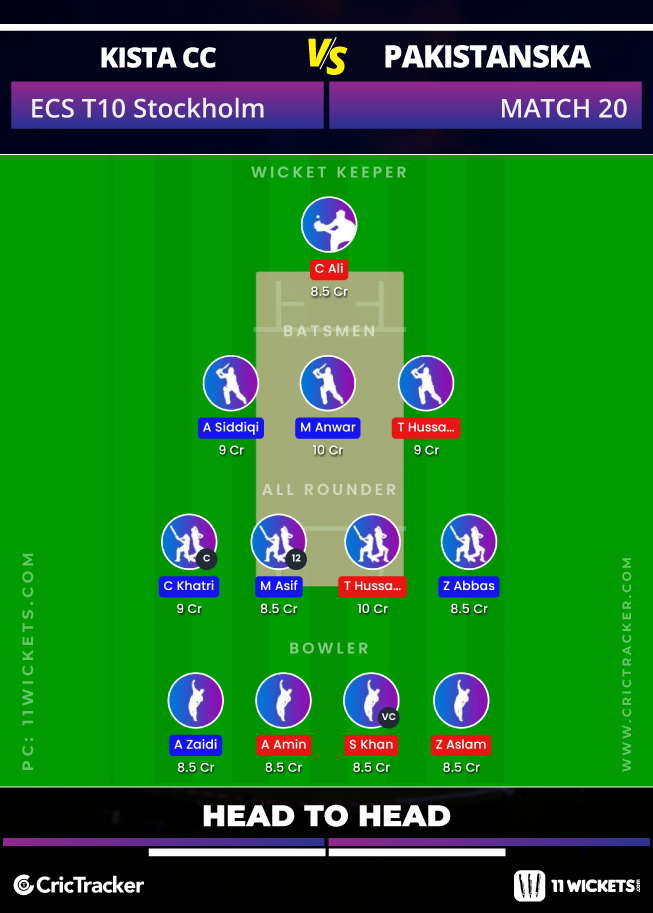 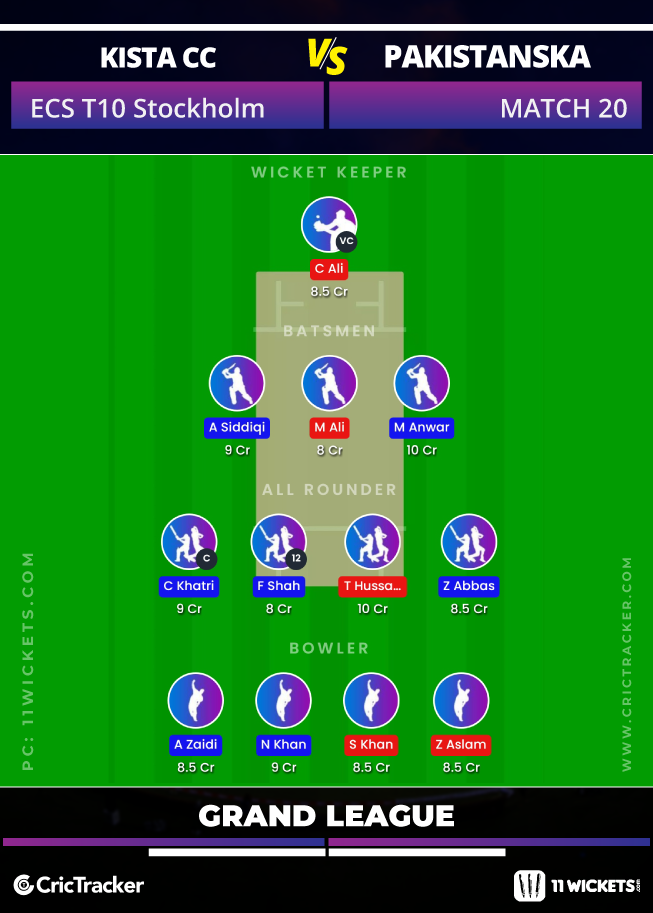 The Kista Cricket Club playing XI against the Pakistanska team is likely to depend on the result of the 4 PM match they will be part. If they manage to win it, the Kista CC can make experiments in the remaining two matches they are scheduled to play.

Kista Cricket Club is expected to edge past the Pakistanska Foreningen.