The 4th match of 2020 ECS T10 Stockholm League will be between Alby Zalmi CC and Stockholm Mumbai Indians will be played at the Marsta Cricket Club in Stockholm.

The Alby Zalmi CC will kick start their campaign in the ECS T10 Stockholm League when they will be up against the Stockholm Mumbai Indians in the match starting at 2 PM local time. The Alby Zalmi team come in with a strong and balanced squad which can give a tough fight to any team and in any situation. The presence of some experienced all-rounders for the Alby Zalmi CC makes them a team to watch out for in this tournament. All-rounders are pretty much useful in the T10 format who are at times needed to bowl only one over.

Sunny weather is expected during the game between Zalmi and Mumbai Indians.

The Marsta Cricket Club witnessed two 170+ totals in the last five matches it hosted during the last year’s T20 cup. The remaining three matches witnessed scores around 130. From these, it is evident, the teams could be seen scoring at least 75+ runs whenever they bat first in the T10 competition.

Rahel Khan has amassed 509 runs from only 18 innings with help of four fifties in Swedish domestic cricket. Rahel also bagged 21 wickets from the 18 innings he bowled at this level. Qudratullah Mir Afzal is a utility player for any team having scored 160 runs in 16 domestic T20s at a strike rate of 130+ and also claimed 14 wickets from 14 innings he bowled. Much like Qudratullah, another Zalmi player Zia Alozai also did well with both bat and ball in domestic T20s. He took 15 wickets from 15 matches at this level and also scored 150 runs at 130+ strike rate. 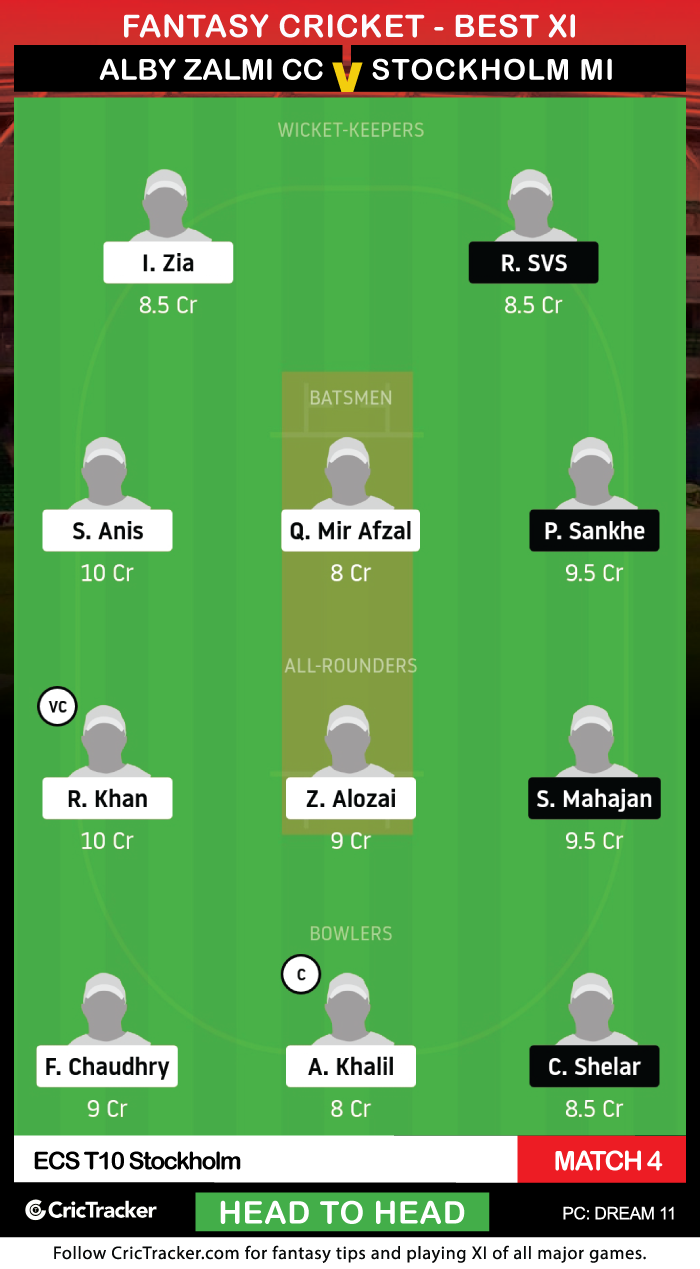 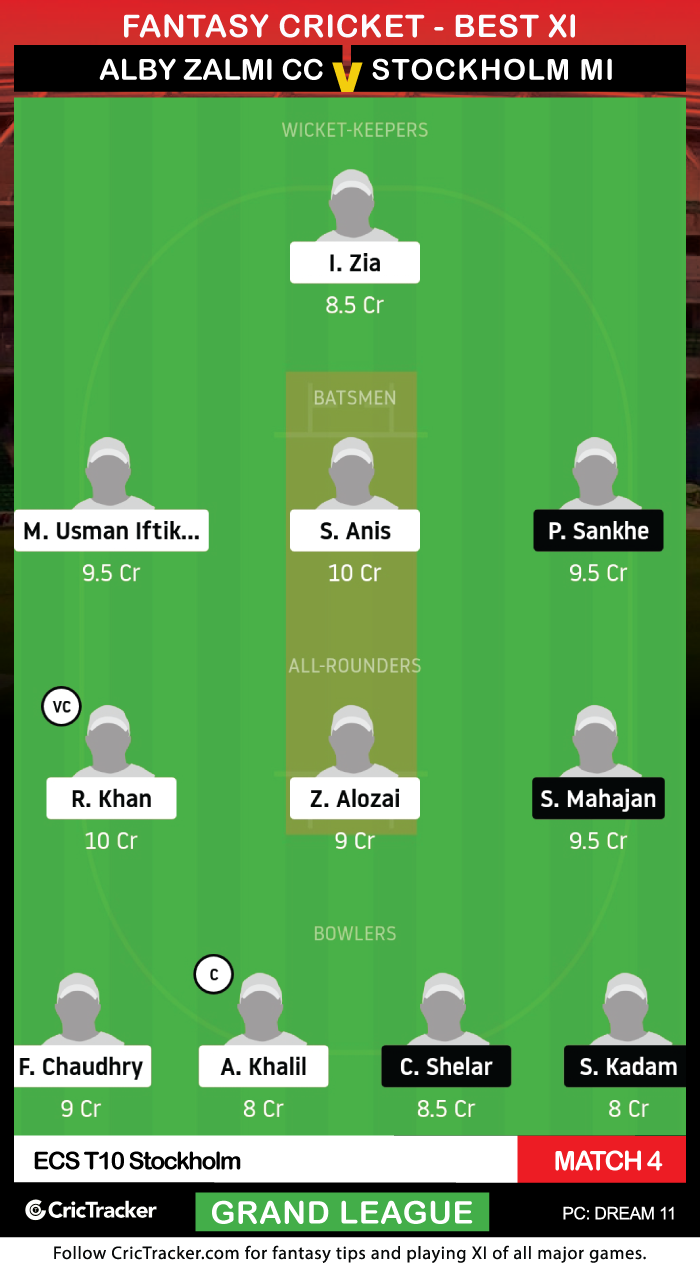 As many as 31 players are named in the squad of Ably Zalmi CC team which makes it quite tough to predict the XI. Hence, we have picked only selected players in our fantasy teams. If anyone of them is not in the playing XI on Monday he can be replaced with anyone in our probable XI. The probable XIs mentioned in our posts usually reflects as the best 11 players from each squad.

Ably Zalmi is expected to make a winning start by beating the SMI team.