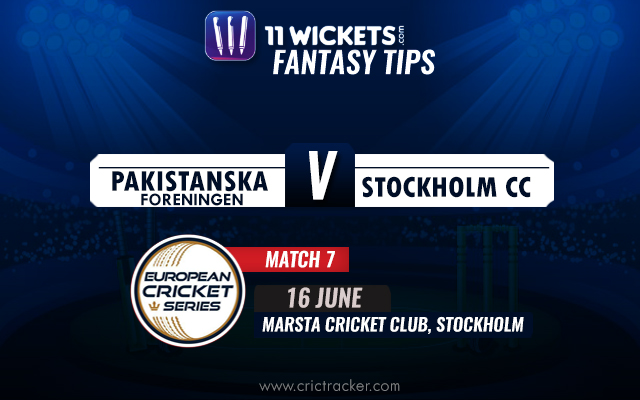 The 7th match of 2020 ECS T10 Stockholm League will be played between Pakistanska Foreningen and Stockholm CC at the Marsta Cricket Club in Stockholm.

Pakistanska Foreningen and Stockholm CC will lock horns on Tuesday in the match starting at 12 PM local time. The Stockholm CC was involved in the first two matches of the tournament only to end up on the losing side. They fell a run short of Indiska CC’s total and later were thumped by a margin of 34 runs by Sigtuna CC. Pakistanska Foreningen, on the other hand, kicked off their campaign with a 32-run victory over the Stockholm Mumbai Indians after posting a big total of 99/6.

It will be a miracle if the game between Pakistanska Foreningen and Stockholm CC gets finished without any interruptions.

The teams batting first enjoyed great success on Monday as all the five matches were lost by the chasing sides which included four targets of 90+. The Pakistanska Foreningen nearly posted 100 runs in their first game on Monday. Hence, if they bat first, they are likely to post a huge total against the Stockholm CC.

Sameer Ali Khan had a game to remember of the game played on Monday where he smashed 37 from 26 balls with four boundaries while opening the innings and later bagged a 3-wicket haul by giving away only 13 runs in his two overs. Umesh Bharti bagged two wickets in the tournament opener conceding only 12 runs in the two overs. In the second match, he gave away 11 runs in the only over bowled and later scored 15 off 17 as an opener.

Himanshu Patel has got to face only three balls in total across the two matches. However, he has excelled with the ball conceding only 14 and 12 runs respectively in the two games and also has a wicket to his name. Tajammal Hussain batted at No.4 on Monday where he scored 16 off 12 balls with two fours. He is quite consistent with the bat and can also bowl an over if the team is struggling to get a breakthrough. 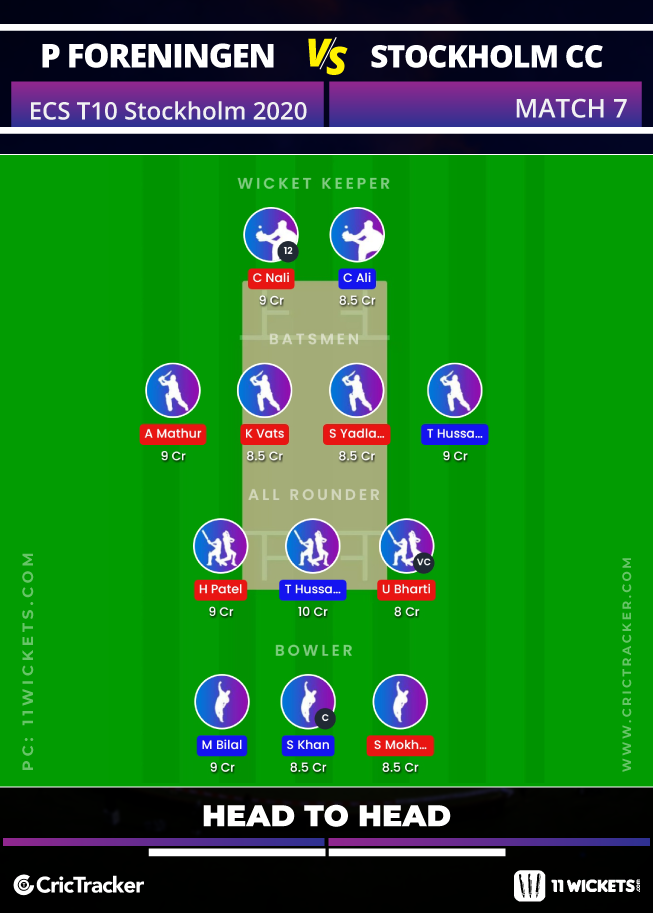 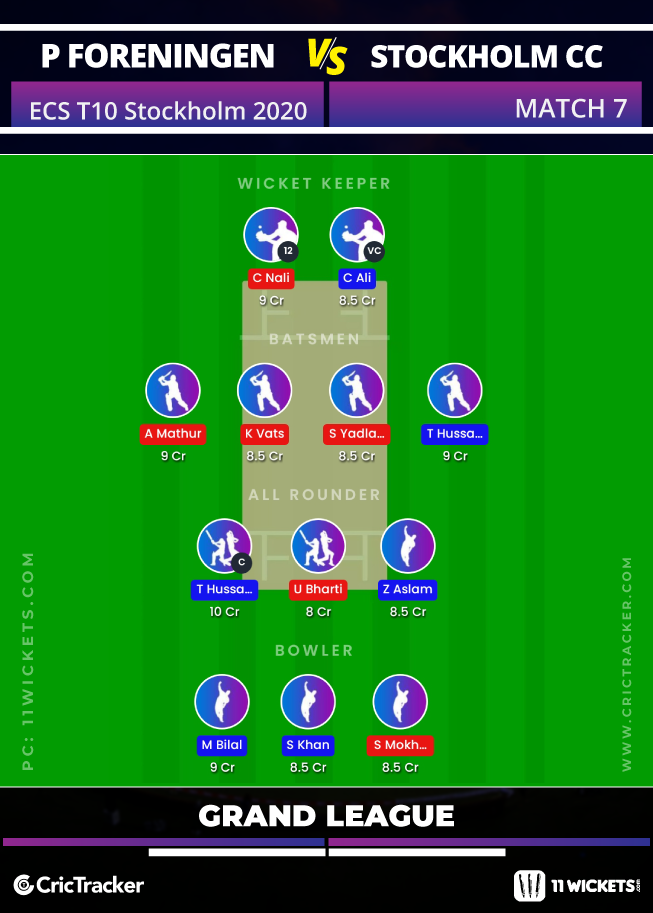 Pakistanska Foreningen excluded some of the names from the playing XI on Monday who were expected to play a key role for the team. Hence, we could come to a conclusion with their strategy in picking playing XIs only after the game to be played on Tuesday afternoon.

The Pakistanska Foreningen is expected to cruise to yet another comfortable victory.