Choudry Ali opened the batting and struck four boundaries in his 8-ball 18 on Monday.

The 7th match of 2020 ECS T10 Stockholm League will be played between Pakistanska Foreningen and Stockholm CC at the Marsta Cricket Club in Stockholm.

The Pakistanska Foreningen ended the opening day of the ECS T10 Stockholm League with a thumping 32-run victory over the Stockholm Mumbai Indians. The Pakistanska team will now come up against the Stockholm CC who had a terrible beginning to the tournament. They were part of the first two games of the competition but ended up on the losing side due to their poor batting efforts. They finished with 70/4 against Indiska CC in pursuit of 72 and only made 61/5 chasing Sigtuna CC’s total of 95/3.

There are great chances of rain on Tuesday and also the possibility of the matches getting washed out.

The first day of the tournament was a high-scoring one with as many as four matches witnessing 90+ totals by the first batting sides. In fact, none of the chasing teams on Monday earned success. However, Stockholm CC struggled to score big in both matches. If they bat first, we might not see the streak of big totals.

Choudry Ali opened the batting and struck four boundaries in his 8-ball 18 in the game on Monday. No player has aggregated more runs than him when it comes to T20 games in Swedish domestic cricket. Abhishek Mathur had a mixed first day where he scored 28 off 27 balls with only one boundary as his team lost by mere one run. Later, in the second game, he bagged a 3-ball duck as his team registered an even bigger defeat.

Tasaduq Hussain opened the bowling for his team in the first match where he gave away only five runs in two overs which included a maiden over. Earlier, he batted at No.3 for them but bagged a golden duck. Zubair Aslam got to bat at No.8 position but couldn’t face a ball before the innings came to an end. However, with the ball, he picked up a wicket and gave away only 14 runs in the two overs he bowled. 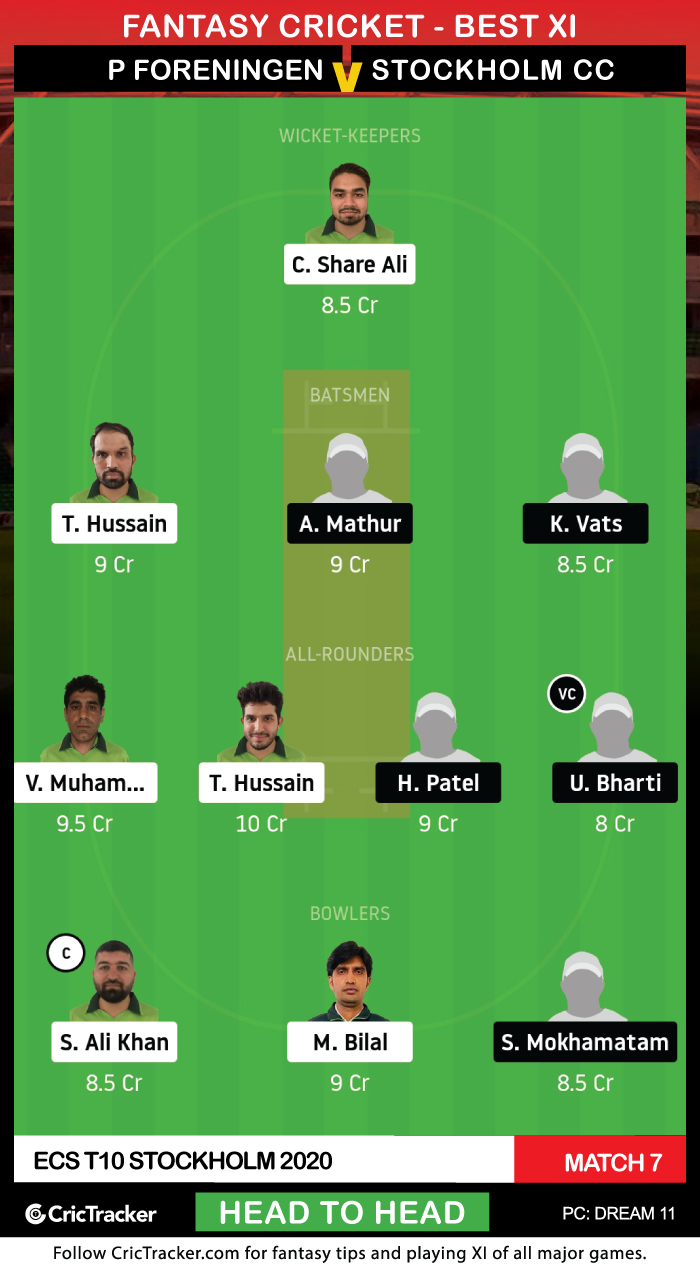 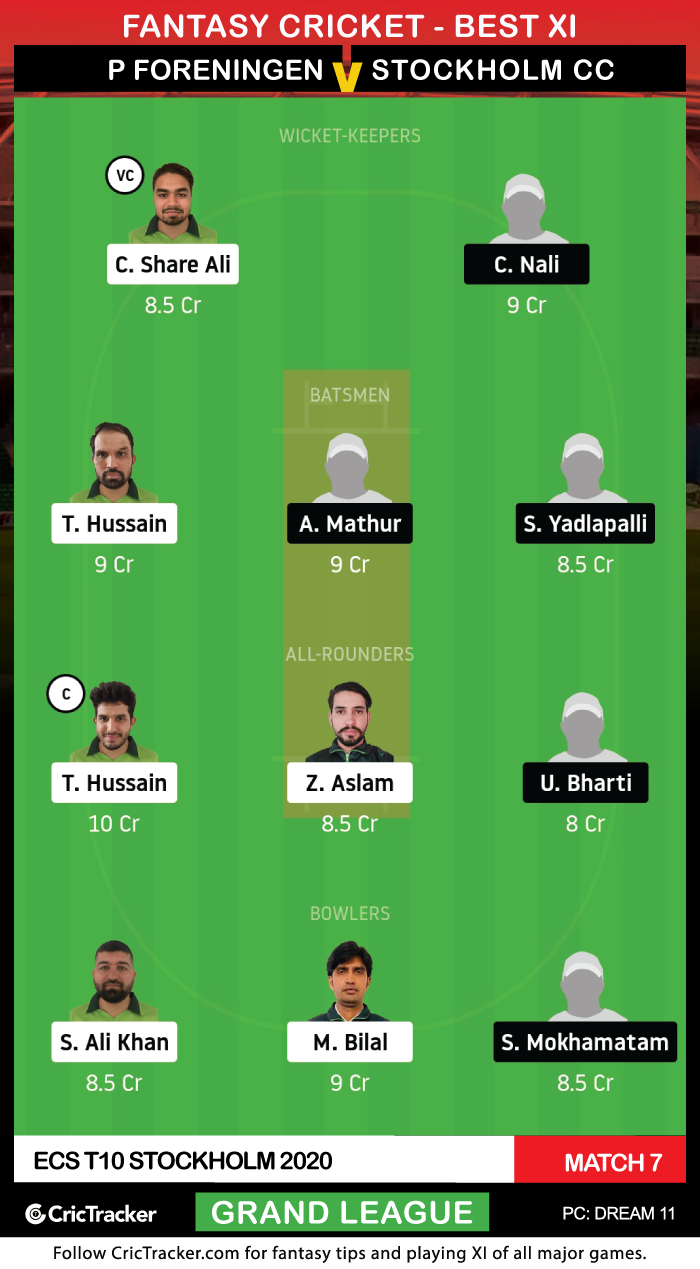 The Stockholm CC succumbed to defeat twice in the two matches on Monday. After the first loss, they revamped the batting order only to record an even lower total. The Stockholm CC did make three changes for the second game and could be more on Tuesday which we can know only an hour before the match.

The Pakistanska Foreningen is expected to register their second straight victory.