Sohail Zahid has aggregated 109 runs in four innings with help of an unbeaten 55-run knock. 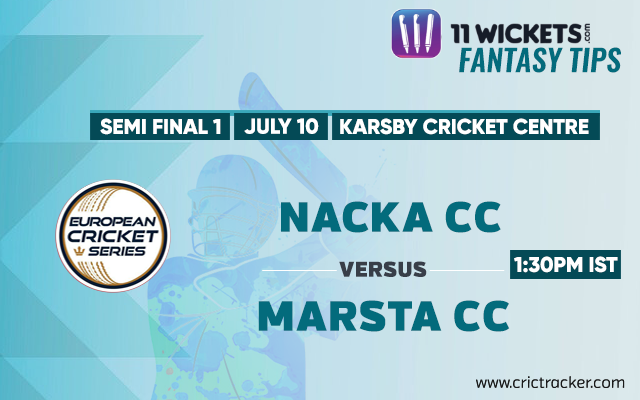 Nacka CC and Marsta CC will lock horns on Friday in the first semi-final of the Stockholm T10 in the Botkryka. Nacka team won all the four matches by a huge margin to finish as No.1 of the Group A while Marsta got into the knockouts by winning three out of the four. Considering how both the teams fared thus far, it can be said Marsta CC were a bit unlucky to be facing the mighty Nacka CC in the semi-final. A narrow defeat in the hands of Djurgardens IF Cricketforening has pushed them to No.2 in the Group B.

The match between Nacka CC and Marsta CC is likely to get affected by showers towards the end.

Sohail Zahid has aggregated 109 runs in four innings with help of an unbeaten 55-run knock. He also contributes through the dismissals as a wicketkeeper.

Sweed Ullah has contributed 44 runs with the bat and also picked up two crucial wickets while conceding runs under nine an over.

Hamid Mahmood is the leading run-getter and wicket-taker of the Marsta CC having scored 84 runs and picked up 7 wickets respectively.

Waqas Haider has taken five wickets in the seven overs bowled at an economy rate of seven and also scored 69 runs with help of a fifty. 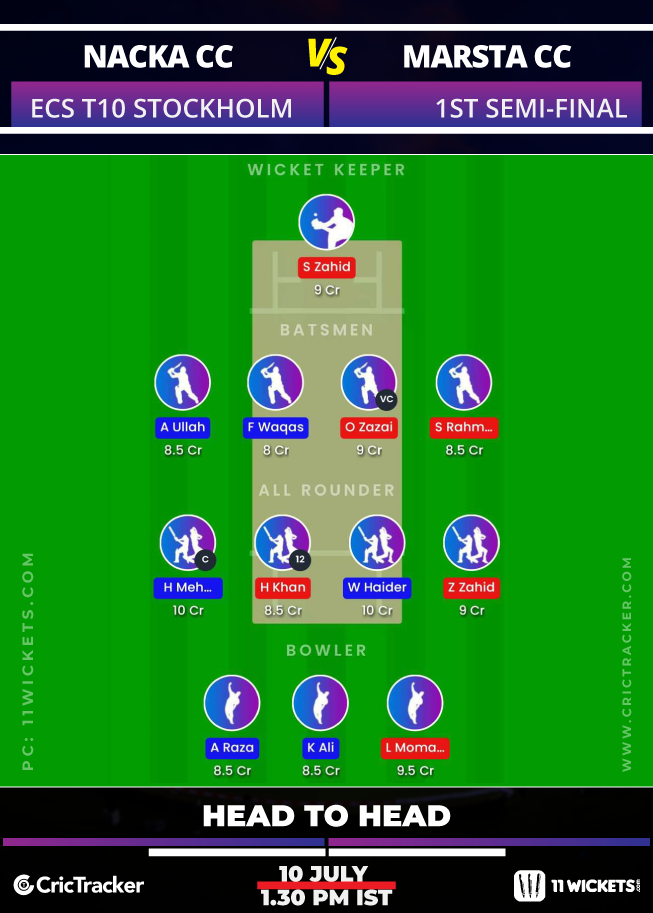 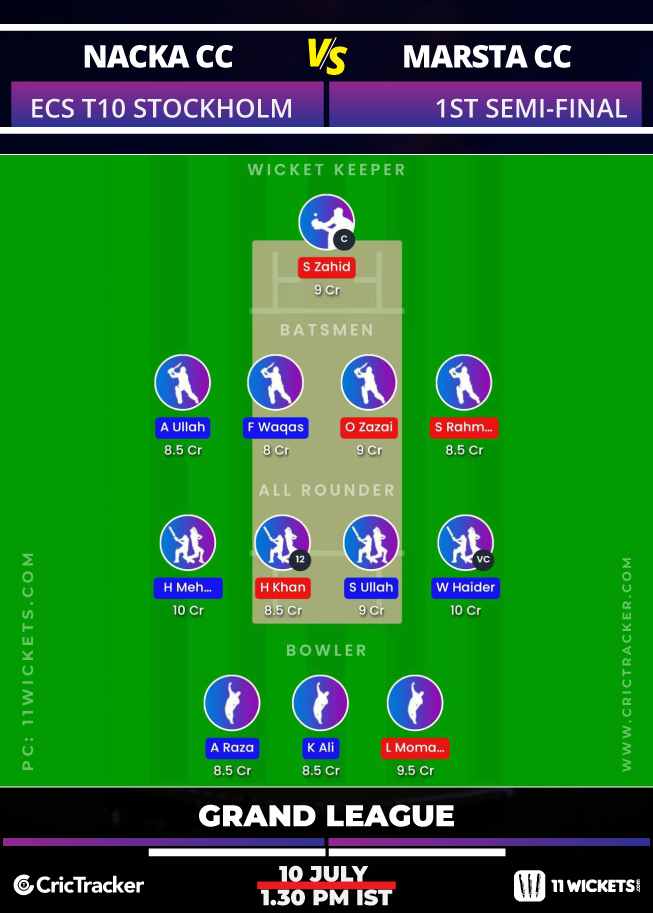 Marsta CC have been quite particular about their playing XI. They have given the importance of playing a core line-up in most matches. This has helped in maintaining the consistency of certain players. Hence, we might not see any surprise changes for the semi-final.

Nacka CC is likely to get the better of Marsta CC in the first semi-final.