Rahul Gowthaman is also a good option to be made captain. He usually delivers two overs and also bats at three.

The fifth place playoff of the ECS T10 Stockholm Botkyrka will be played between Spanga United CC and Stockholm Super Kings at the Karsby Cricket Centre in Botkyrka, Stockholm.

After losing the chance to make it to the semi-final, the Spanga United CC and the Stockholm Super Kings will now play for pride and the fifth place. Both the sides ended up at the third place in their respective groups and will now be keen to give it their best before bowing out of the tournament. Expect a close encounter between the two evenly matches sides.

There is little to no chance of rain in this match with the temperature expected to hover around 19-20 Degrees Celsius.

The surface has been very good for the batsmen if the stats in the last five league matches are taken into consideration. Expect the team winning the toss to bat first.

Faisal Azeem is the best all-rounder for the Spanga United CC with 113 run in four matches at an SR of 185.24. He has also picked four wickets. Janaka Johannes bats at four and has picked five wickets so far while also scoring 44 runs at an SR of 191. Tasal Sadiqqi has mustered 57 runs but his batting position isn’t certain yet. In the last match, he slammed 31 off just 12 balls batting at seven.

Fayaz Ali is a decent batsman too having scored 45 runs at an SR of 145 and has one wicket to his name. Lalindra Chandraratne is an opener and has collected 33 runs in three matches so far at a strike-rate of 132.

For the Stockholm Super Kings, Shyam Balasubramanian and Bhargav Mahesh are the best batsmen. They open the innings with the former scoring 83 runs at an SR of 145.61 while his partner has scored 66 runs including 44 in the last outing along with two wickets. Rahul Gowthaman bats at three and has scored 66 runs so far including two wickets with the ball. Ganesh Prashanth and Praveen Marani are also good bowlers with four wickets each to their name while Venkat Natarajan has scalped five wickets in only two matches. 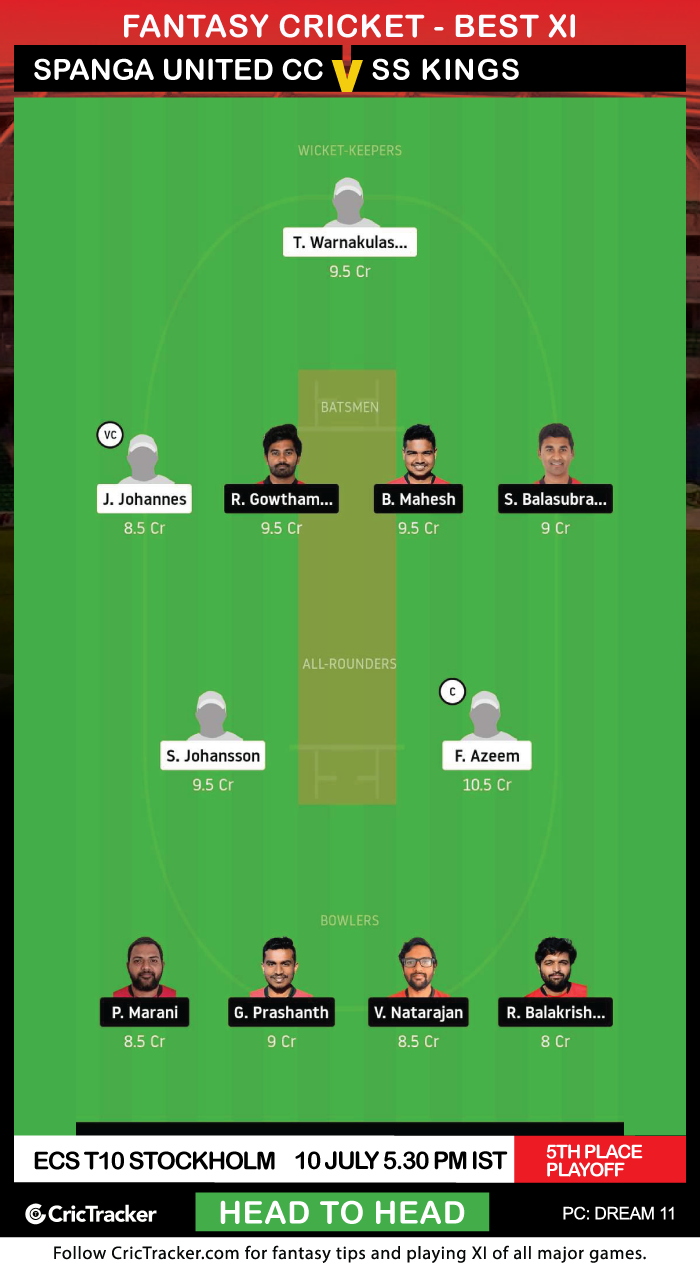 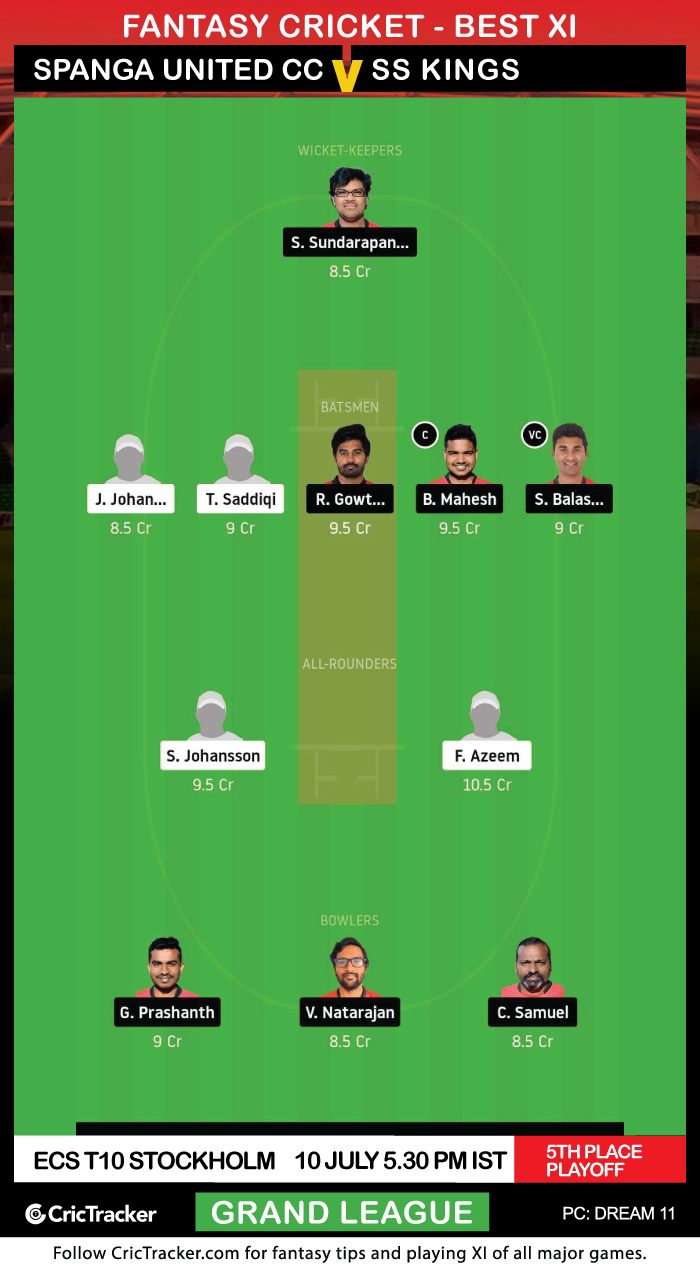 Rahul Gowthaman is also a good option to be made captain. He usually delivers two overs and also bats at three which makes him a crucial player in Fantasy.

Stockholm Super Kings are expected to win the match.