Sarmad Imtiaz scored an unbeaten 23 off 19 balls during his team’s unsuccessful chase.

Stockholm International Cricket Club’s campaign resumes on Wednesday after getting a rest day. They will first play against Djurgardens IF Cricket Forening in the 2 PM local time match and end the day by facing the Varmdo CC. The SICC team suffered a huge defeat in their first match against the Stockholm Super Kings as they were limited to 60/7 while chasing a moderate target of 82. Varmdo CC is also in a similar position as they lost against the Marsta CC by seven wickets during their first match which was played on Tuesday morning.

The game between Stockholm International Cricket Club and Varmdo CC is likely to be interrupted by showers.

The evening matches on both the days of this tournament thus far have witnessed some big totals. On Monday, the Nacka CC chased down a target of 88 while Djurgardens IF Cricketforening chased 102 in a thriller on Tuesday.

Sarmad Imtiaz scored an unbeaten 23 off 19 balls during his team’s unsuccessful chase.

Khaled Anwar picked up two wickets opening the bowling and gave away just 5 runs in the two overs.

Hassan Mehmood scored 14 off 10 balls and gave away only 16 runs in the two overs he bowled.

Usman Rafique will be opening the innings and had scored nine off five balls in the first game. 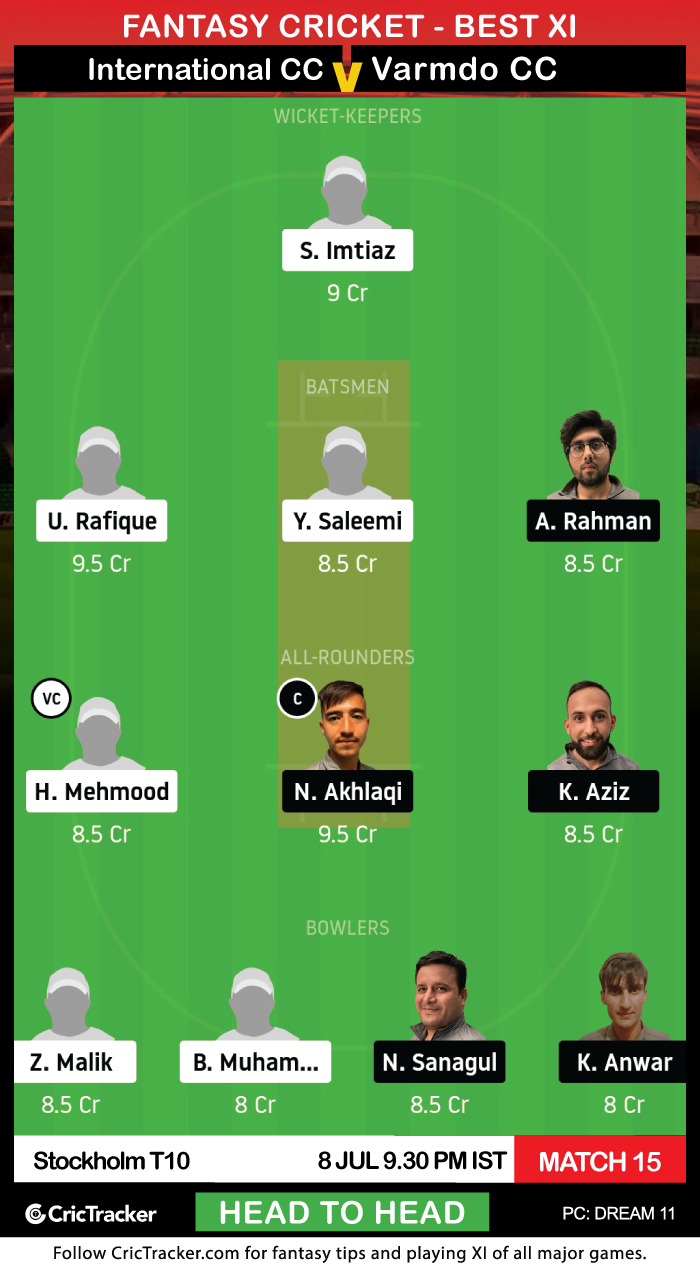 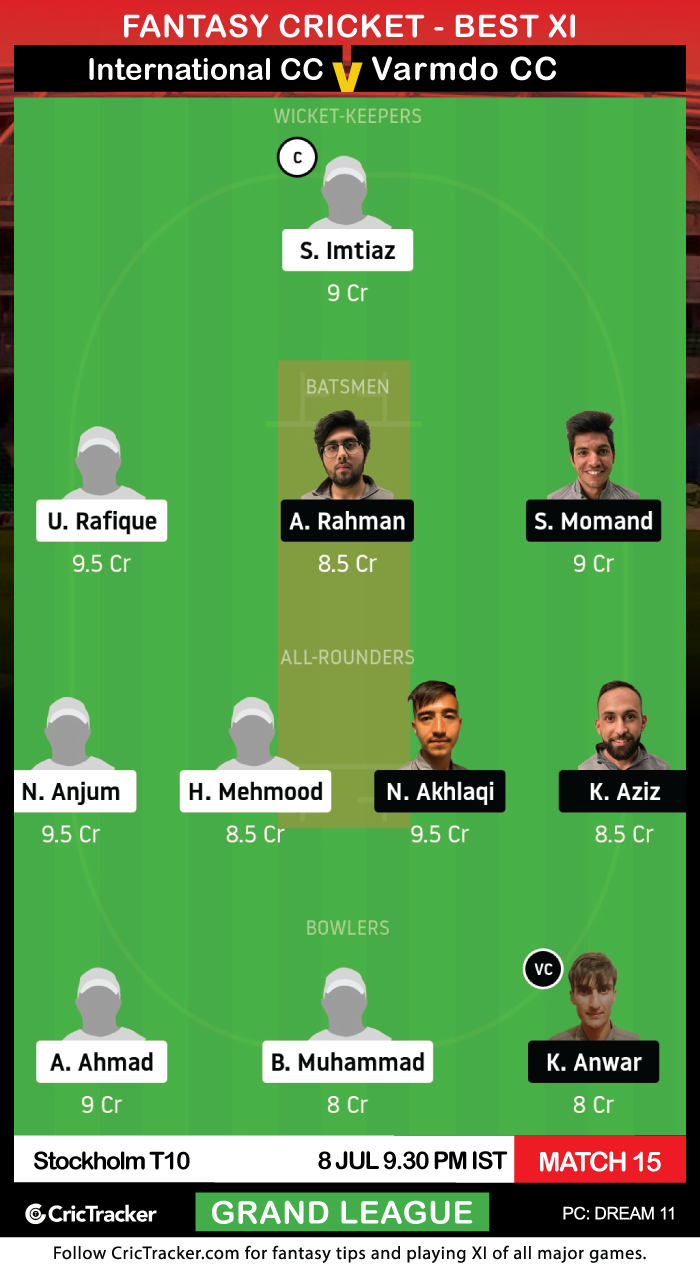 Adnan Nazir has a pretty good all-round record in domestic T20 matches. However, he didn’t play in the first match. Since the International Cricket Club lost their first match, they might be thinking to change the XI. Hence, if he plays on Wednesday, he should be picked and can be made vice-captain as well.