AZU23 team has more chances of winning this game. It would be a wise choice to pick more players from that team. 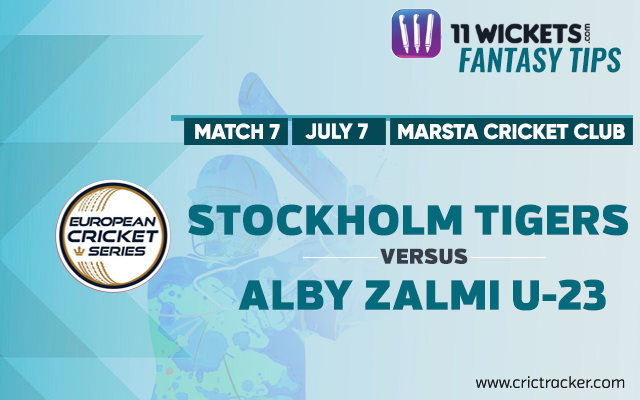 The 7th match of the ECS T10 Stockholm Botkyrka between Stocholm Tigers and Alby Zalmi U-23 will be played at Karsby Cricket Centre in Stockholm.

Stockholm Tigers will aim to bag their first victory of the tournament when they meet Alby Zalmi U23 in the 7th game of ECS T10 Stockholm Botkyrka. Tigers had lost to NCC by 78 runs in their previous game.

On the other hand, AZU23 had previously crushed SUCC by 7 wickets and they will aim to continue their winning momentum on Tuesday when they meet Tigers.

As per AccuWeather, there’s 40% chance of rain at the venue. The temperature is expected to be around 16 degrees Celsius.

The teams have enjoyed batting on the wicket in Stockholm. However, the rainy conditions made it tough for the batsmen to time the ball well during the second day of the competition.

The skipper of Tigers Faruk Ahmed opened the innings for the team in the tournament opener and scored 44* with five fours and one six in his inning, but he proved to be very expensive with the ball.

From the other side, the opening duo of Ismail Zia and Zabihullah Niazy will be the prime picks. The Stockholm Tigers do not have a solid bowling attack.

Zia Alozai will be the player to watch out for from the Alby Zalmi U23 bowling attack. 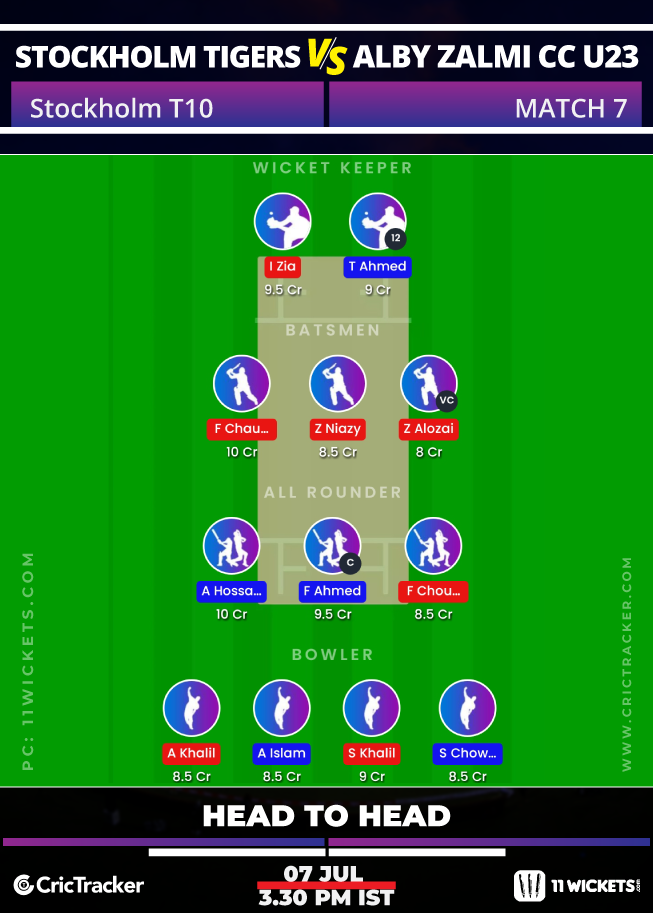 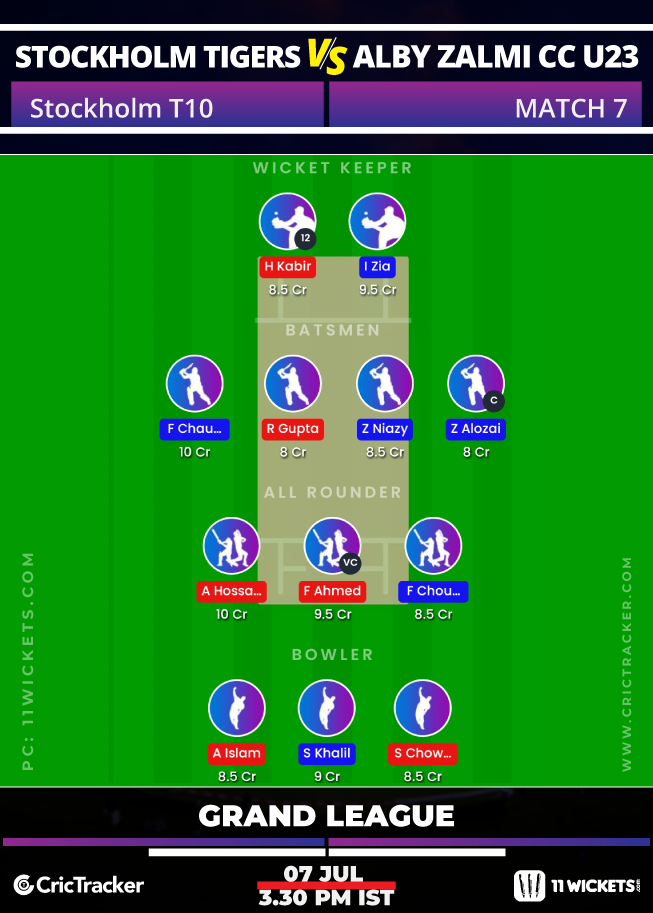 AZU23 team has more chances of winning this game. It would be a wise choice to pick more players from that team.

Alby Zalmi U23 is expected to win this match.