Zeeshan Goraya is placed second at the second spot in the wicket-takers’ list of the tournament with 9 wickets to his name in the 7 matches he has played.

With the league progressing into the knockouts stage, the second semi-final of the tournament is all set to be played between the second and the third-placed teams in the points table, the Vienna Afghan Cricket Club and the Salzburg Cricket Club.

In the league stages, both the teams looked equally good and there was a slight difference that pushed one team over other. But, otherwise, there was almost no difference in the way things went about for both the teams. So, it will be interesting to see which team gets the better off their opponent and gets into the finals.

On Friday, there is almost no chance of rainfall and the skies are expected to stay clear with the sun shining brightly. The temperature is expected to hover around the 24 degree Celsius mark.

A batting-friendly surface is expected to greet the players on Friday. The fast bowlers would get some room help to work with, but they will have to put in their best to stop the flow of runs.

Razmal Shigiwal is the second-highest run-scorer of the tournament so far and has also done decently will the ball. With the bat in hand, he has scored 220 runs and has taken 2 wickets in the 7 matches he has played.

Aziz Khaskar has taken 6 wickets at an economy rate of 11.88 runs per over. He has also scored 199 runs in the 6 matches and also has a century to his name.

Abrar Bilal’s performance with the bat has been reasonably great in this tournament. He has 167 runs to his name including one half-century and a strike rate of 245.67.

Zeeshan Goraya is placed second at the second spot in the wicket-takers’ list of the tournament with 9 wickets to his name in the 7 matches he has played. 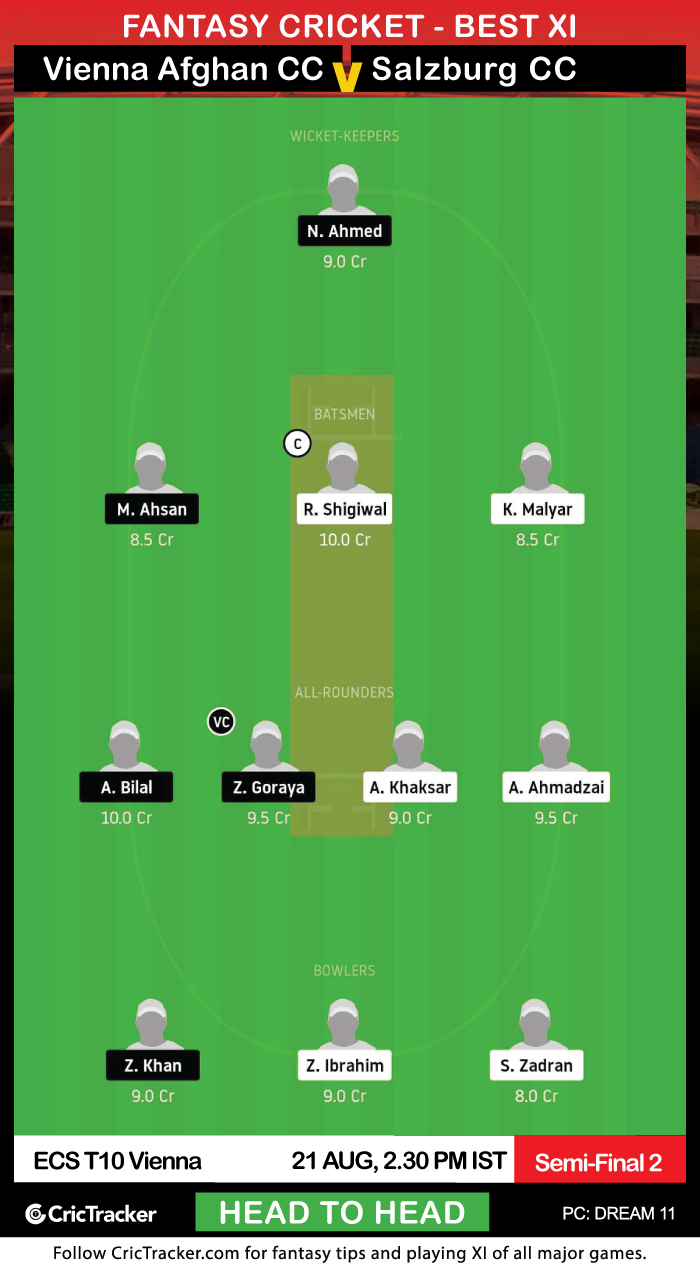 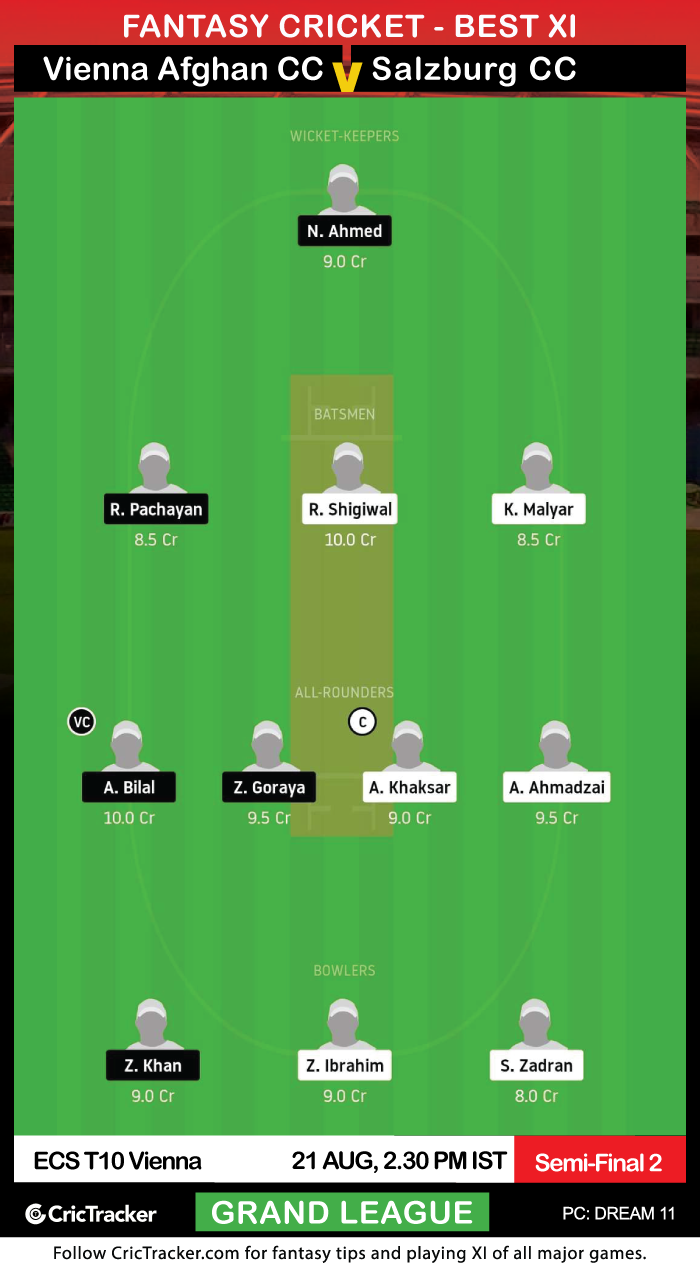 Khybar Malyar had been a part of 35.06 per cent of the teams at the time of writing. But, he is in great form and is a must pick player in your team.

Vienna Afghan Cricket Club is expected to win this match.