Razmal Shigiwal will be aiming to deliver with the bat for Vienna Afghan CC. In the match against Pakistan CC, he had struck a brilliant 71-run knock consisting of 6 sixes. 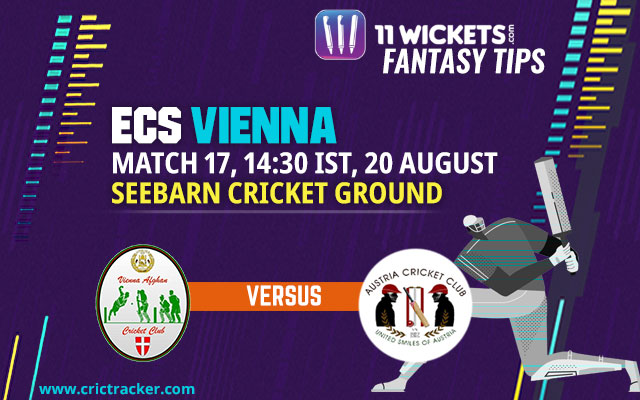 The 17th match of European Cricket Series T10 being played in Vienna will be played between the Vienna Afghan Cricket Club and the Austria Cricket Club Wien at the Seebarn Cricket Ground.

The Vienna Afghan Cricket Club has won three out of the five matches they have played so far, and are placed comfortably at the second spot of the points table. It will be an arduous task for Austria Cricket Club Wien to register a victory in this match, considering their woeful form in the tournament. They have lost four out of their six matches so far and qualifying for the playoffs looks vague for the side. The only way they can possibly enter the playoffs is by registering a victory by a heavy margin.

The temperature is expected to hover around the 26 degree Celsius during the match, with no chances of rain to intervene in the game. It is expected to be a bright and sunny day.

Things are expected to be quite balanced between the batsmen and the bowlers and neither of the two will have a lead over the other in terms of getting help from the pitch.

Razmal Shigiwal will be aiming to deliver with the bat for Vienna Afghan CC. In the match against Pakistan CC, he had struck a brilliant 71-run knock consisting of 6 sixes. Hassan Ashfaq has also excelled in the batting department with 154 runs to his name.

For Austria CC Wien, Lakmal Kasthri has been scoring runs as well as scalping wickets. He has scored 69 runs along with taking six wickets in the tournament. Aman Ahmadzai has also delivered all-rounder performance for Australia, taking five wickets and scoring 52 runs in five matches so far. 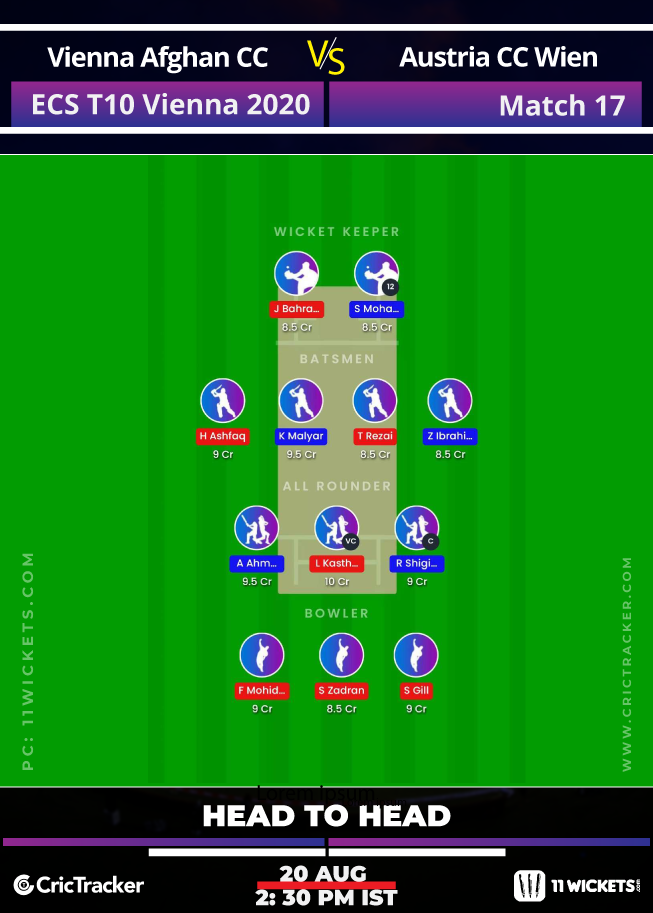 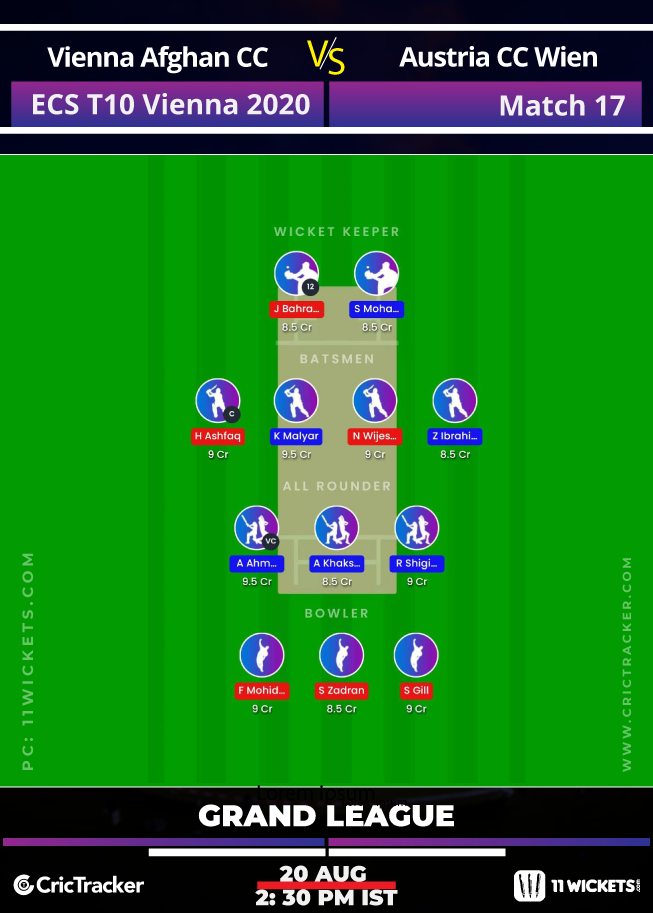 Sadiq Mohammad had been picked by only 39.41 per cent of the players at the time of writing. But he is in good form and can potentially fetch you a lot of points for an 8.5 points investment.

The Vienna Afghan Cricket Club is expected to win this match.