Kunal Joshi scored 114 runs and picked up two wickets in the six games that he played this season. 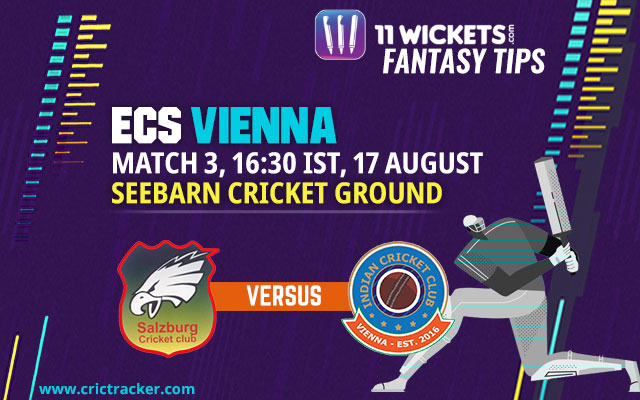 The 3rd match of the European Cricket League T10 in Vienna will be played between the Indian Cricket Club Vienna and the Salzburg Cricket Club at the Seebarn Cricket Ground.

Two teams, which look quite good on the paper, will play each other in the 3rd game of the ECS T10 in Vienna. The Indian CC Vienna will lock horns against Salzburg CC in this encounter. However, having played the first match of the tournament as well, the Indian CC Vienna will have a slight advantage. They will have a better understanding of the conditions as compared to a team like Salzburg CC which will be playing its first game of the tournament.

The bad news with respect to weather is there is a good chance of precipitation. Thus, there could be several interruptions during the match.

The pitch, from what has been observed in the last few games played, provides a good amount of assistance for the bowlers. Batsmen should look to be sensible and pick out their areas while going for the big shots.

Kunal Joshi scored 114 runs and picked up two wickets in the six games that he played this season. Zeeshan Goraya is the top-scorer for his team with 124 runs in five matches. 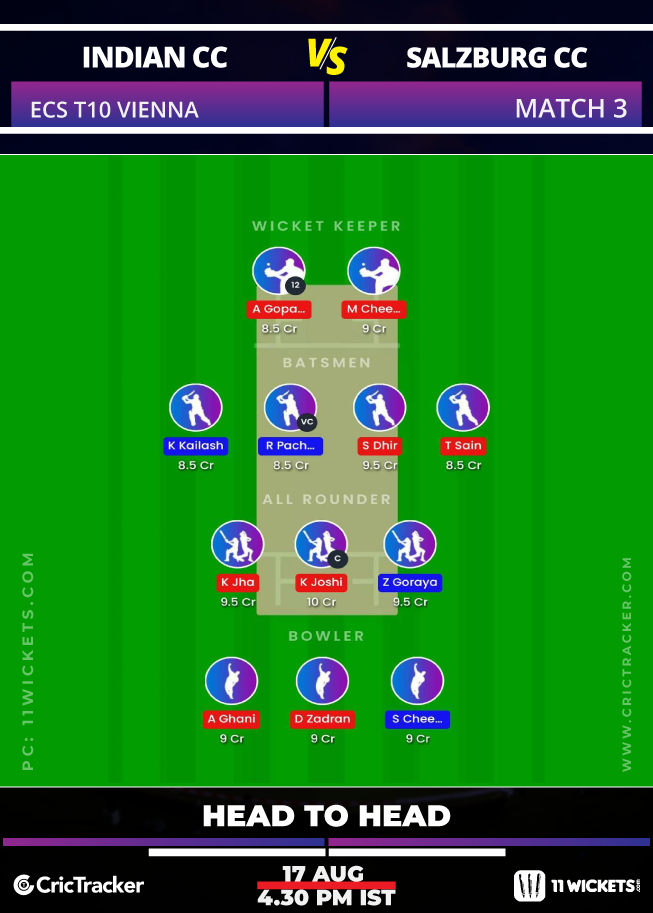 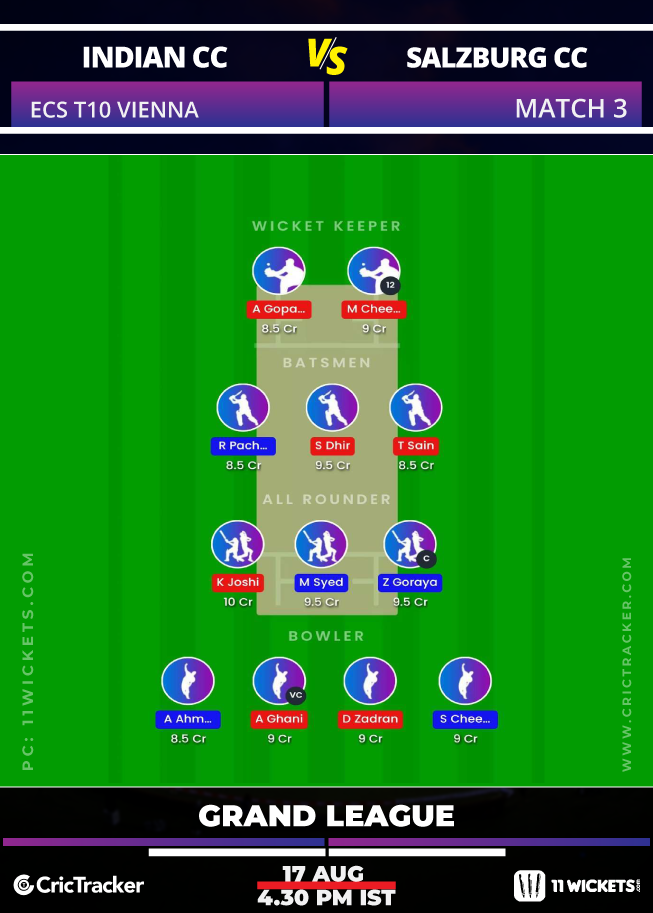 Rizwan Javeed is a very good option, but credits will be a restriction if you are to pick him. If you can leave out any of the other players, then pick him in your team.