The final Playing XI must be kept in mind before the team selection, as the teams might decide to change their line ups when compared to what they played with, in the T20 competitions.

The 4th match of the European Cricket Series T10 being played in Tallinn is all set to be played between the Tallinn Stallions and the Tallinn United at the Estonian National Cricket & Rugby Ground.

Playing the fourth match of the opening day of the tournament, both the teams will be looking to start their campaigns on a positive note, also getting some momentum on their side at the start of the tournament, which could provide some really helpful flow to their tournament campaign going forward. In the Estonian Premier League, the Tallinn Stallions had done well and won four of their last five matches in the tournament and they will look to carry forward the same form into this tourney. The Tallinn United also had a great time in the tournament they were a part of coming into this series. Having won the same number of matches as their opponents in their last five games, they will also look to carry forward their form and give a tough competition to their opponents.

The weather in Tallinn is not expected to be the best on the day of the match. With a 70 per cent chance of rainfall, the match may get stopped due to rains. The temperature is expected to be in the 15 to 19 degree Celsius range here.

The pitch on this ground has had the tendency to favour the batsmen mostly with occasional offerings for the batsmen. The captain who wins the toss will most likely to bat first.

The Tallinn Stallions owe their success in the batting department during the recently concluded T20 competition in which they performed well to their ace batsman Saif Ur Rehman. He scored a total of 635 runs in just 7 matches, smashing three centuries in the process and maintaining an average of 127.00. He will have the duty to lead the team’s batting in this tournament too. Joining forces with him in the batting order will be Ali Masood who was also in great form in the T20s as he scored 304 runs in 12 matches and had a century to his name. He also did well with the ball in hand as he had taken 20 wickets in 12 matches while giving away runs at an economy of just 4.79.

In the Tallinn United camp, the leader of the batting attack would be their star performer from their last outing in the T20 league. His name is Arslan Amjad. In the 13 matches he batted in, he scored 679 runs including one century and six half-centuries. Following him was Ankur Patel, who is also expected to join in with Amjad and lead the batting attack in this much shorter format. Patel in the T20s scored 234 runs in the 13 matches he played. In the bowling department, Mayur Borgaonkar will be the man in focus. He had taken 18 wickets in 8 matches in the T20 tournament. 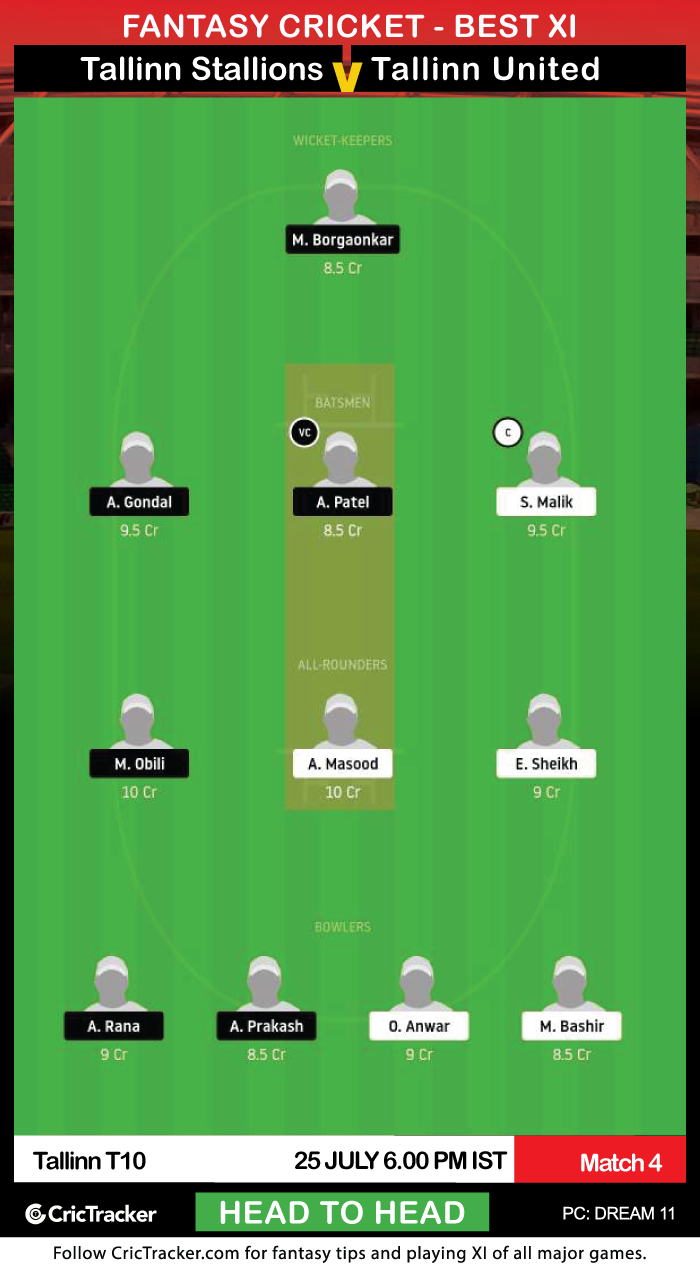 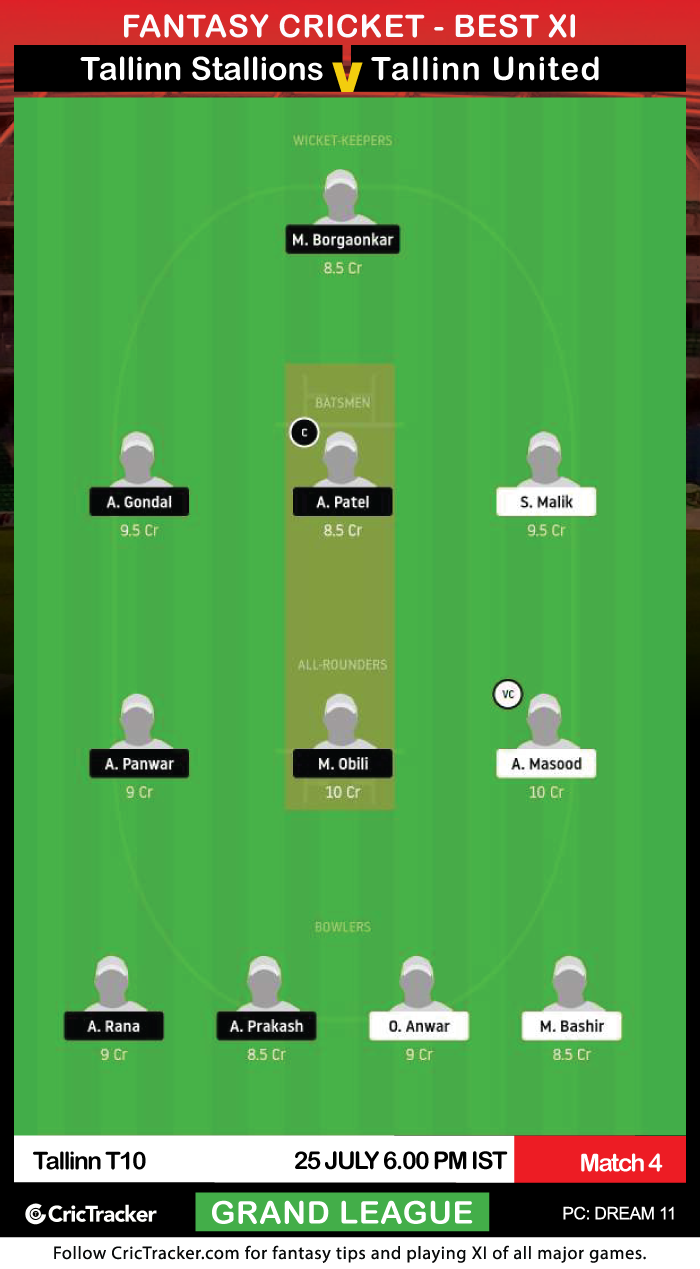 The final Playing XI must be kept in mind before the team selection, as the teams might decide to change their line ups when compared to what they played with, in the T20 competitions.

Tallinn Stallions are expected to clinch this match.