Alishan Sharafu will be a great pick for this encounter.

The pitch is regarded as batsman-friendly. The ideal first-inning score is around 170 runs. The team that wins should select to chase on this wicket.

Ali Abid is an important choice because he bats in the top order and has scored 143 runs with a strike rate of 110.85 in six games.

Alishan Sharafu is a must-have talent who has shown exceptional batting skills throughout the campaign. In the first seven games, he has scored 208 runs.

Adithya Shetty will be an important selection since he has scored 40 runs and taken 7 wickets for his team in five games with an economy rate of 7.93. 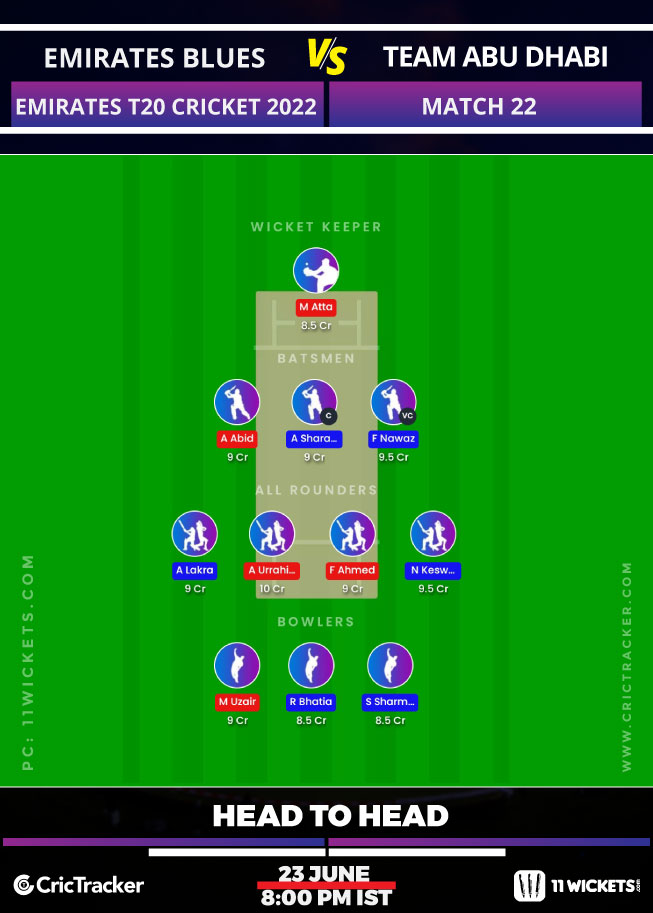 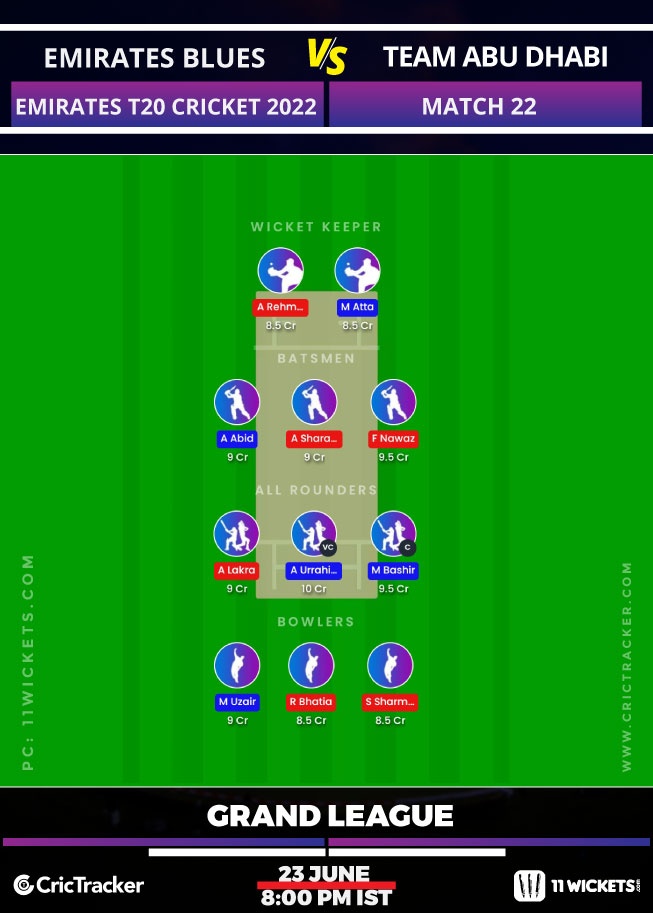