You must try Nilansh Keswani as a multiplier in anyone of your Dream11 fantasy teams.

The 13th Match of the Emirates D10 2021 will be played between Ajman and Dubai on 29th March at Sharjah Cricket Stadium in Sharjah.

Ajman and Dubai are going to face each other for the first time in the 13th Match of the Emirates D10 2021 on Monday. Ajman didn’t start their tournament well, as they lost both of their first two matches. However, they will come into this match with some momentum after winning their last match against Abu Dhabi by 34 runs. They are currently placed at the 4th spot on the points table.

Dubai, on the other hand, have won only 1 out of the 4 matches they played in this season so far and are placed just below their opponents on the points table. They too defeated Abu Dhabi in their last match by 5 wickets. This is going to be a must-win game for them.

The weather is expected to be sunny during the match time here in Sharjah. The temperature will hover around 28 degrees Celsius range and there is no chance of rain for this match.

The pitch at Sharjah Cricket Stadium is a good batting wicket. Batsmen will get full value to their shots on this wicket. Spinners will also get some help from the wicket. The team winning the toss will look to bat first on this wicket.

Ameer Hamza has been in decent form with both bat and ball this season. He has scored 43 runs at a strike-rate of 153.33 and also picked up 3 wickets in her 3 outings. He is a must-pick for your dream11 fantasy teams.

Asif Khan is the leading run-scorer for Ajman in this season so far. He has scored 99 runs at an outstanding strike-rate of 260.53. He can play a big knock in this upcoming match as well.

Nasir Aziz is a hard-hitting batsman. He hasn’t scored many runs in this season but has an impressive strike-rate of 178 and has picked up 2 wickets as well.

Fahad Nawaz is one of the most consistent performers from Dubai’s side. He has scored 82 runs at a strike-rate of 161 in the 4 matches he played. He can be crucial-pick for your fantasy sides.

Muhammad Farooq is the joint-highest wicket taker along with Nilansh Keswani for Dubai in this tournament.  He scalped 6 wickets at an economy rate of 7.17 runs per over in the 4 matches.

Also Read – Virat Kohli has a huge role in making KL Rahul the great batsman he is today: Virender Sehwag 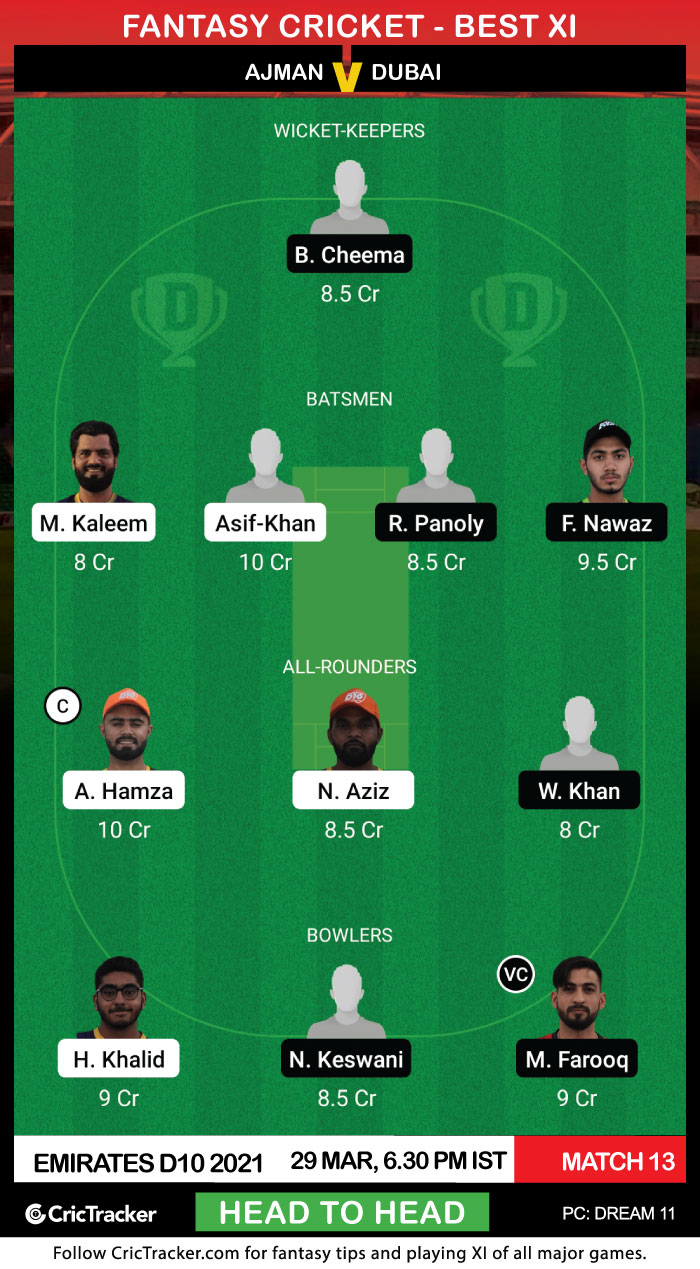 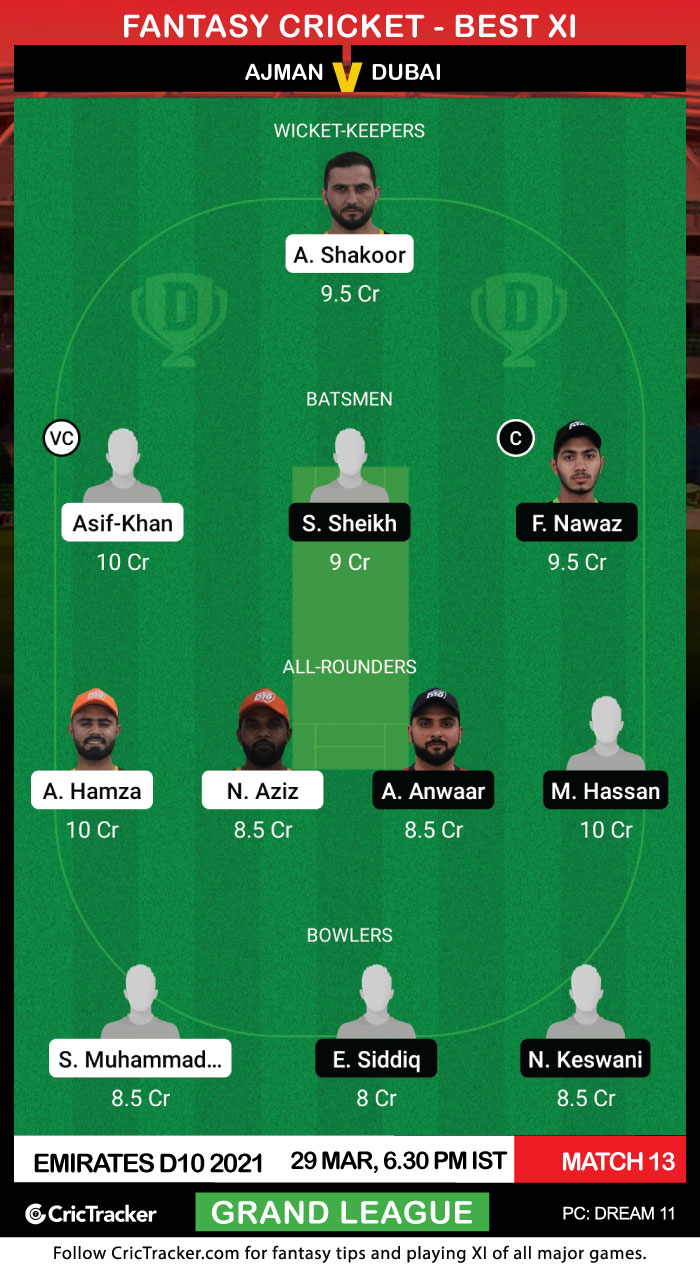 You must try Nilansh Keswani as a multiplier in anyone of your Dream11 fantasy teams. He has picked up 6 wickets in the 4 matches he played.

Ajman are expected to win this match.