The 2nd playoff match of the Emirates D10 League between Sharjah Bukhatir XI and Fujairah Pacific Ventures will be played at the ICC Academy Cricket Ground in Dubai.

The second play-off of the ongoing Emirates D10 League will be played between the favourites Sharjah Bukhatir XI and Fujairah Pacific Ventures on Friday. This is the last chance for them to make it to the final of the tournament and face the ECB Blues. The Sharjah Bukhatir XI lost the first play-off to the ECB side and have got a second chance to make amends.

Clear skies are expected to welcome both the teams and there is no question of rain with temperature around 39 Degrees Celsius.

Batsmen are enjoying in this tournament while the pacers are getting some help from the surface.

Ranjth Mani scored 70 off 32 in the last game and has scored 220 runs so far . Fayyaz Ahmed and Umair Ali are in brilliant touch for their team as well. Waseem Muhammad can dominate any opposition on his day while Asif Khan and Sanchit Sharma are the must-have players in your team. 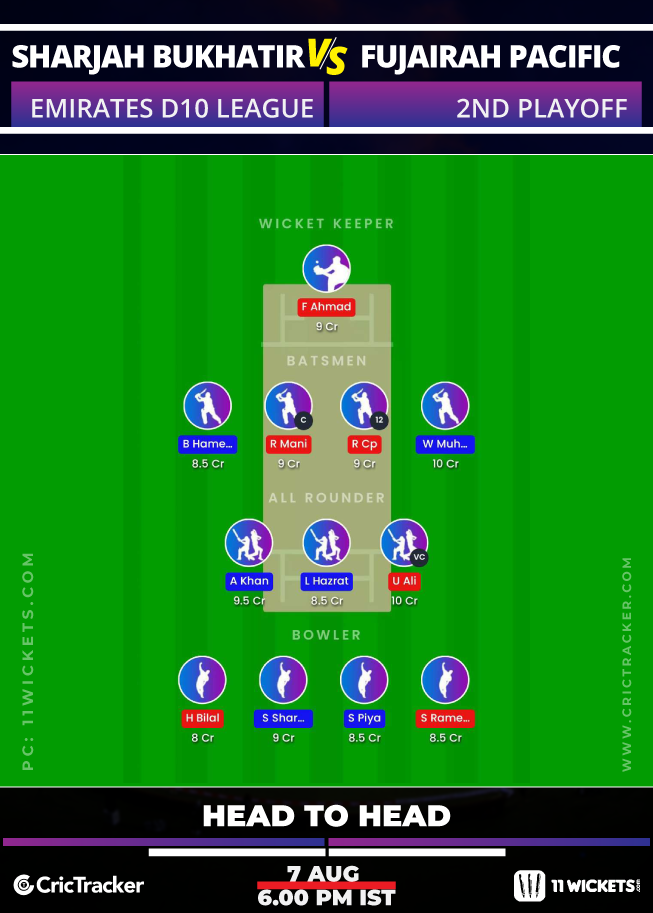 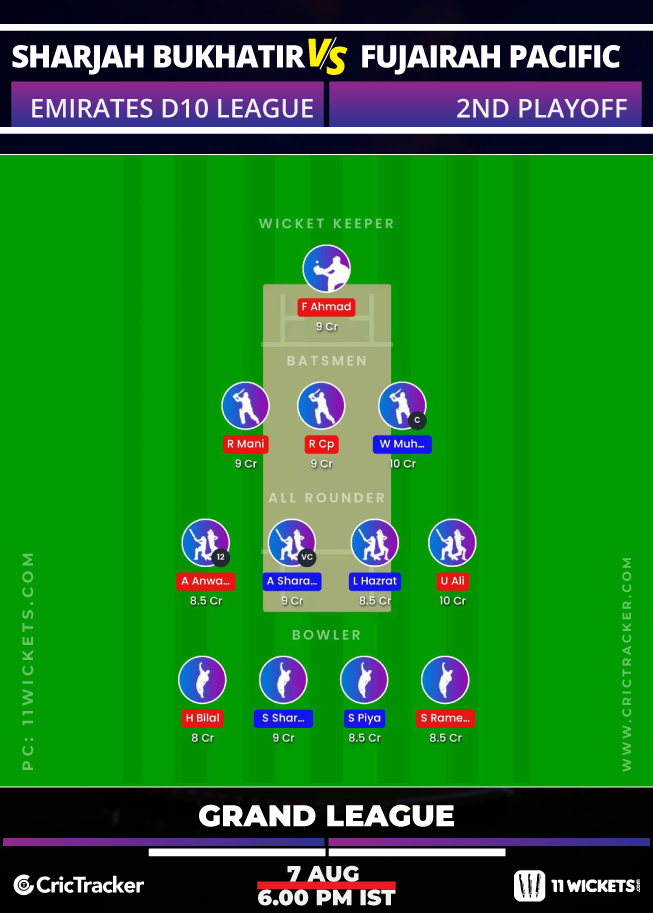 Asif Khan is picked in fewer teams so far and can be made C or VC in Grand Leagues as he can change the game very quickly.