We can expect a nail-biting game between these two teams.

The 2nd playoff match of the Emirates D10 League between Sharjah Bukhatir XI and Fujairah Pacific Ventures will be played at the ICC Academy Cricket Ground in Dubai.

The Emirates D10 League is at its end as the tournament favorites Sharjah Bukhatir XI taking on Fujairah Pacific Ventures on this Friday night. A do or die game for both the teams to qualify for the Finals against the ECB Blues.

Sharjah has done everything and remains unstoppable in the league and their opponent Fujairah are not less as they played at their will to reach this stage. We can expect a nail-biting game between these two teams.

Clear weather is expected during the match with the temperature hovering around 39 Degrees Celsius.

Pacers got help from the pitch in last the few games and still, batsmen are playing hefty shots to score runs.

Renjth Mani looked in very good touch in last game against ECB Blues as he scored 70 off just 32 balls including 6 fours and 5 sixes. Moreover, he has amassed 220 runs in his last 5 matches that he played at an average of 44 with 3 fifties to his name. Fayyaz Ahmed, on the other hand, playing some valuable knocks to his team and also handy with the ball. Umair Ali expected to bat in the middle order for his team and can bowl some overs. CP Rizwan and Shyam Ramesh will do the late hitting. Hazrat Bilal has taking wickets whenever his team wants.

Waseem Muhammad, the opener from Fujairah, can dominate any bowling line-up on his day and also the best batsmen of his team. Alishan Sharafu contributing well with both bat and ball in the last few games he played. Asif Khan is a must pick for your team as he change the face of the match at any moment. Sanchit Sharma will be the key bowler for his team as he is taking wickets in each game. 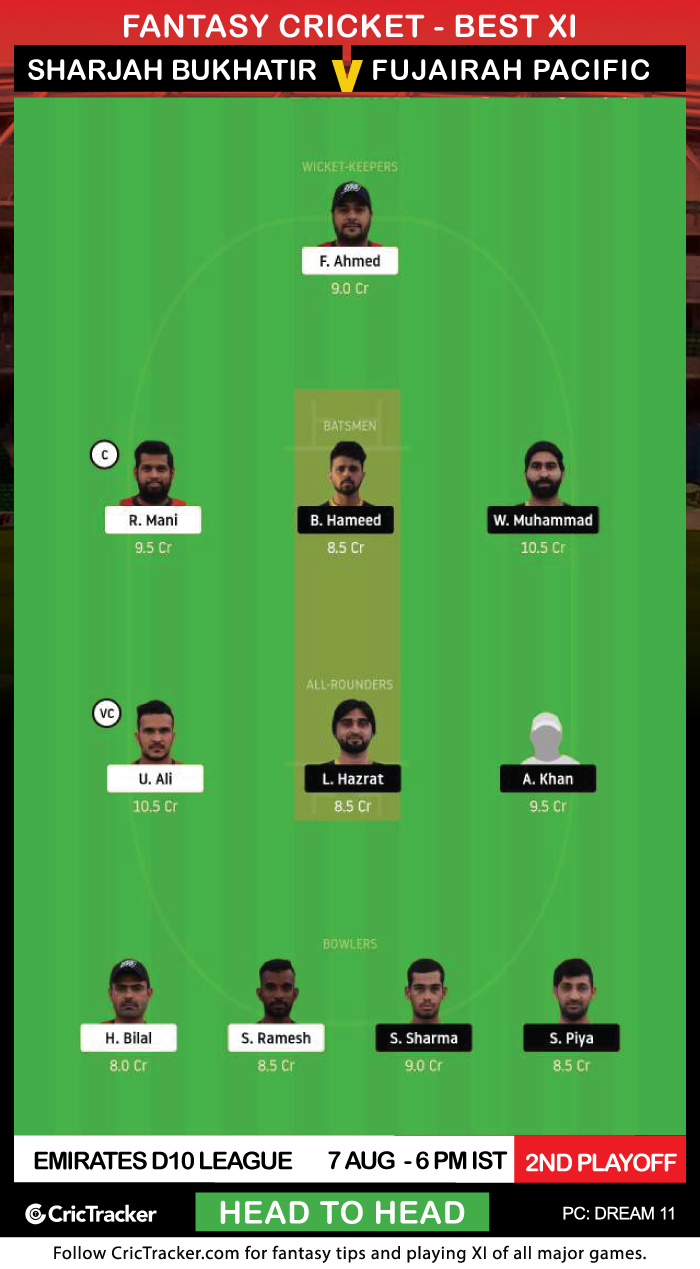 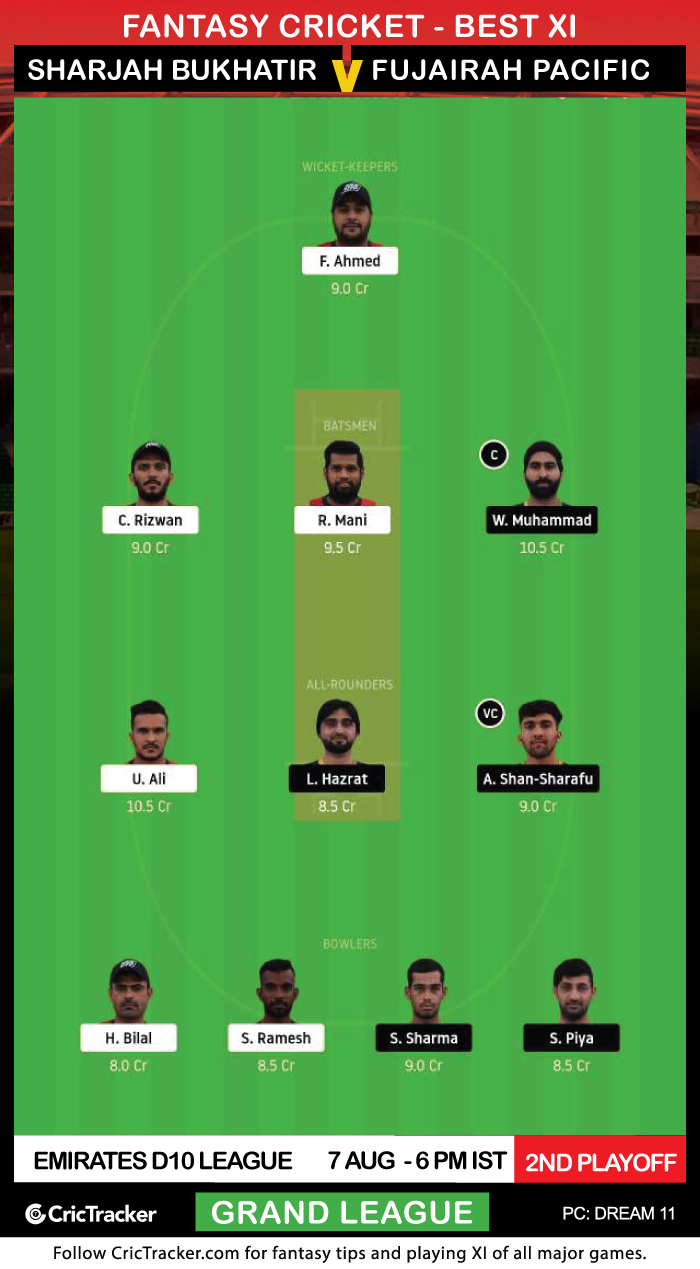 You can try bowlers as multipliers in your team if you can take the risk. Asif Khan has been picked by fewer people and as we mentioned above he can change the face of the match at any moment of the game.