Ali Shan Sharafu came to bat at the top-order and got the opportunity to bowl in the last few games. 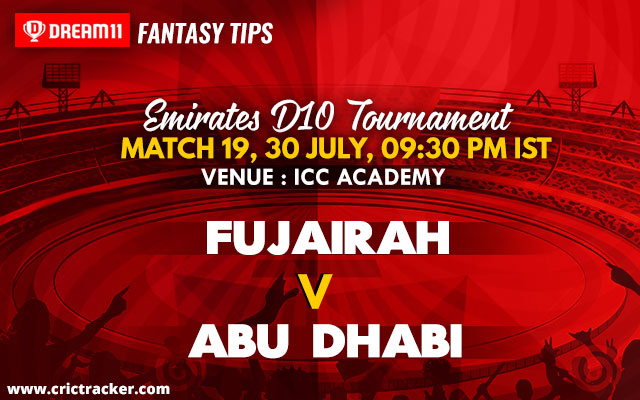 The 19th match of the Emirates D10 League 2020 in Dubai is all set to be played between Fujairah Pacific Ventures and Team Abu Dhabi at the ICC Academy Cricket Ground.

Team Abu Dhabi hasn’t had a great time so far in this tournament and are rooted at the bottom of the table with just one win in 6 games. On the other hand, Fujairah Pacific Ventures made a strong comeback in the last game against Ajman Alubond, by defeating them with 9 wickets.

However, this should be an interesting contest as both the teams will look forward to grabbing the two precious points to get closer to their counterpart.

There is no chance of rain on Thursday with the temperature expected to hover around 36 Degrees Celsius.

A high-scoring pitch where the batsmen are expected to dominate the bowlers once again in the upcoming encounter and spinners might get some help off the turf in the middle overs. As the trend continues, captain winning the toss will choose to bowl first and anything above 100 will be a competitive score for both teams.

Waseem Muhammad is in solid touch and has done well for his team. He has scored 191 runs in 5 games that he played at an average of around 39 including 2 fifties to his name. Asif Khan, on the other hand, scored 138 runs at an average of 27.6 in this competition. Sanchit Sharma and Sheraz Piya will be the wicket-taking bowlers for Fujairah.

The leading run-scorer for Team Abu Dhabi, Rameez Shahzad, will be a crucial pick in your Dream11 Fantasy team. Dilawar Khan Orakzai is looking good with the ball and has taken 5 wickets so far in this tournament. Vinayak Vijayan could be a trump card for Abu Dhabi if he hits the right length. 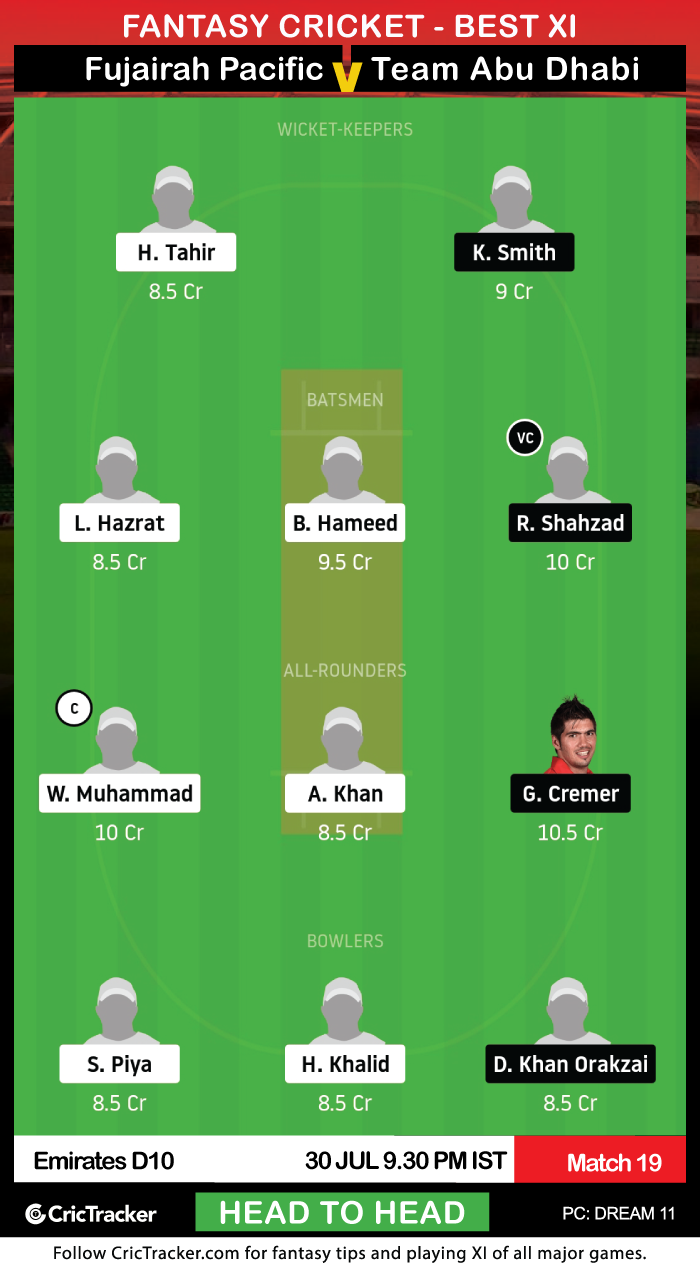 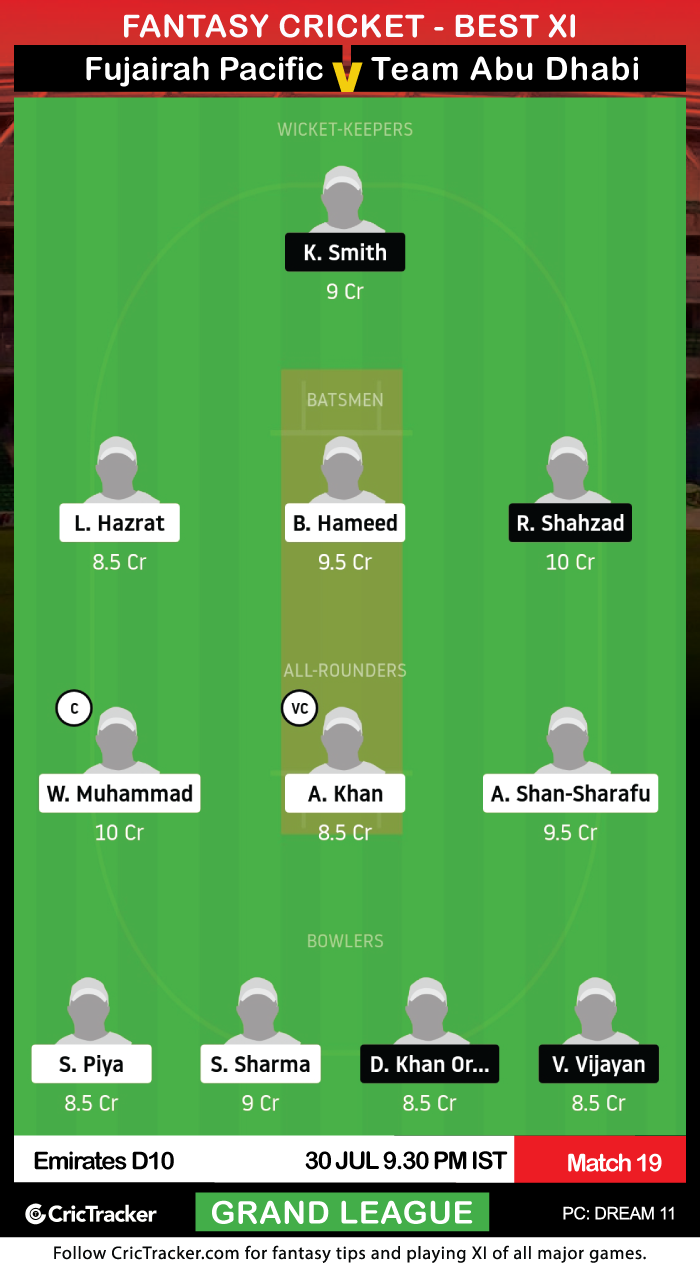 Ali Shan Sharafu came to bat at the top order and got the opportunity to bowl in the last few games. Once he gets a good start in this game, he can create a huge impact with both bat and ball. If you can take risk pick him as the captain of both your Dream11 Fantasy teams.

Fujairah Pacific Ventures is expected to win this match.