The 29th match of the Emirates D10 League between Fujairah Pacific Ventures and ECB Blues will be played at the ICC Academy Cricket Ground in Dubai.

Fujairah Pacific Ventures are up against ECB Blues in the second game on Wednesday. Blues have shown their best in the tournament and won 7 out of 9 matches they played, meanwhile, their opponent were just behind them with 5 wins in 9 games. Fujairah have to play at their best to defeat the Blues which is considered to be the best performing team in the league after Sharjah Bukhatir XI.

Without any doubt, the weather would be clear during the match and temperature will hover in the 30s.

The pitch at the ICC Academy Cricket Ground hasn’t changed much and will continue to help the batsmen to dominate the bowlers in this match too. It is upon the bowlers to restrict the opposition from not scoring big.

Waseem Muhammad is the leading run-scorer for Fujairah has scored 306 runs at an average of 34. Asif Khan is contributing well for his team with both bat and ball and also played a match winning knock of 41 in the last match against Dubai Pulse Secure. Laqman Hazrat looking good with the ball and will do the late hitting along with Ali Shan Sharafu.

Virtiya Aravind is the best batsman for Blues as he amassed 335 runs that he played at an average of around 38 in the tournament so far. Adhitya Shetty took a four-wicket haul in the last game along with Rohan Mustafa, who had picked 2 wickets. Karthik Meiyappan will be another bowling option for your team. 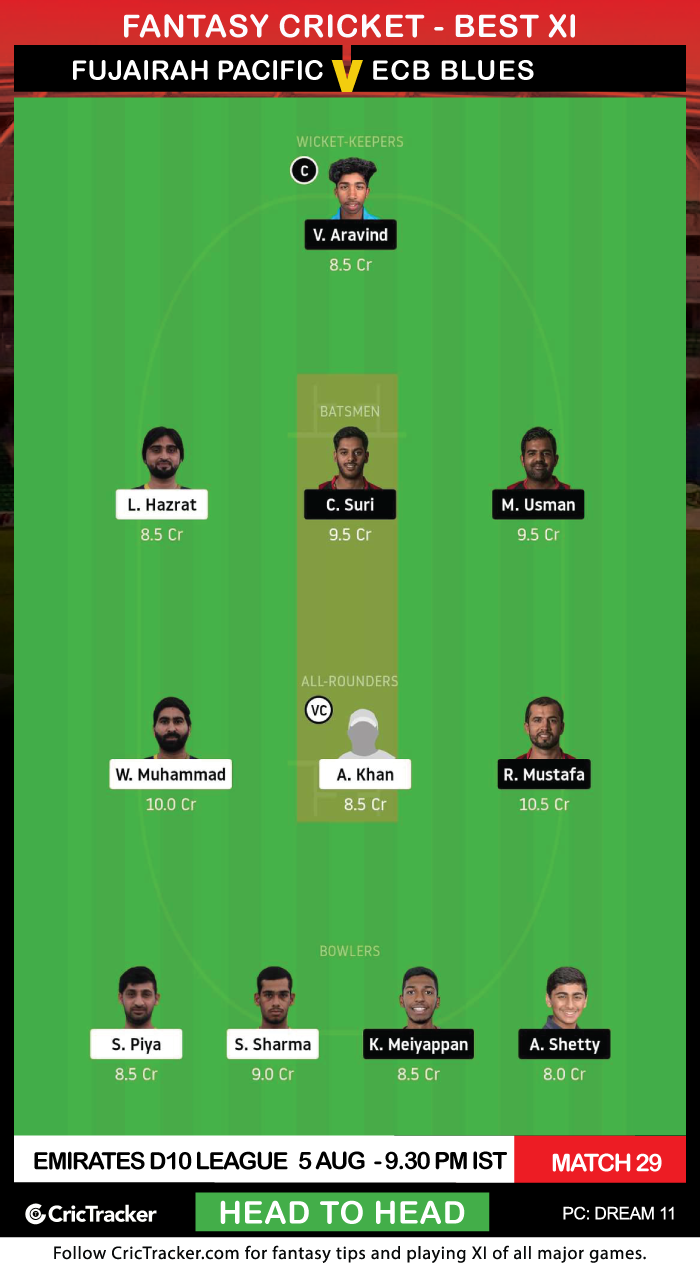 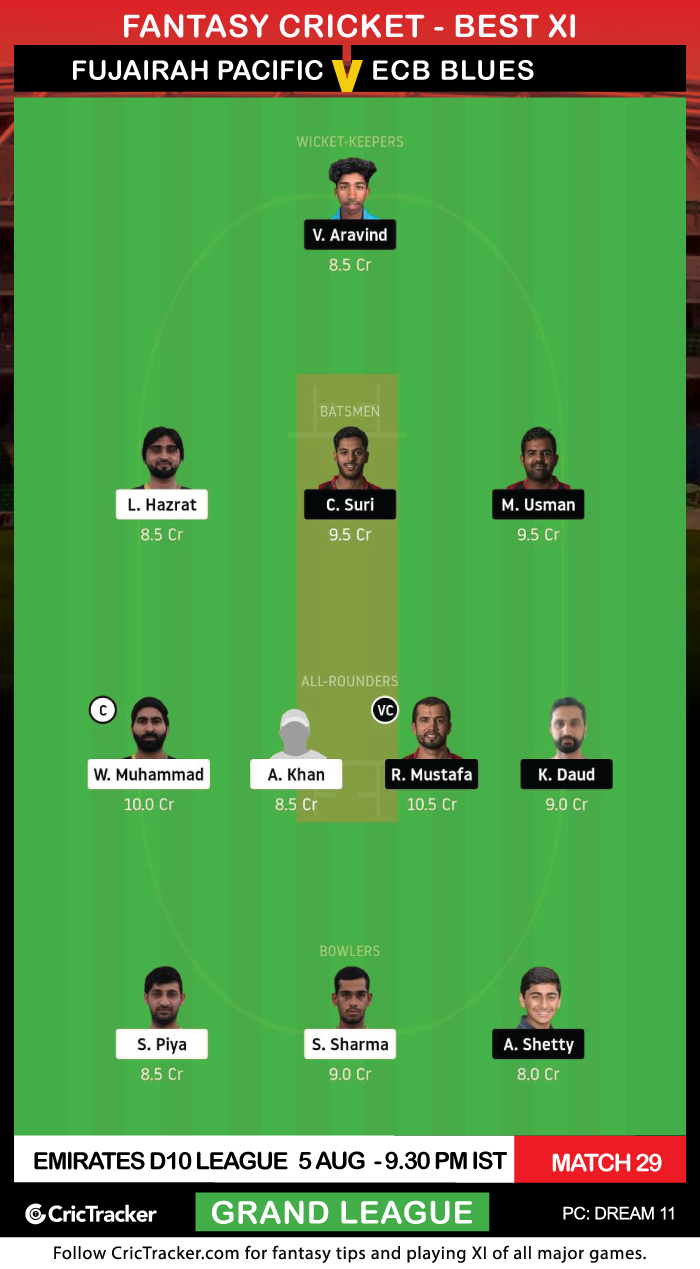 Waseem Muhammad and Chirag Suri can score big if they get their eye on the ball. You can take Sheraz Piya and Sanchit Sharma as a multiplier only if you can take risk.