Rameez Shahzad is a must in your team. He scored two half-centuries in two games.

The 7th match of the Emirates D10 league between Team Abu Dhabi and Fujairah Pacific Ventures will be played at the ICC Academy in Dubai.

The match starts at 9:30 PM IST. This game will be live-streamed on a FanCode.

Fujairah Pacific Ventures after losing their first game, will look for the win in the second encounter and also try to improve their net run-rate. They are at the bottom of the table. Team Abu Dhabi is third on the table after one win and one loss. They have shown some quality cricket on day one. Fujairah pacific ventures will look to win this game after losing the first game.

The four matches played yesterday looked very good for the batting. The team winning the toss looks to bowl first. The average first innings score on this ground is 111 runs.

It will be clear sky with a sunny day in Dubai with a temperature of around 40. Humdity will be slightly higher

Graeme Cremer, the former Zimbabwe captain, is a must-have player in the team as he brings all his experience. He has taken two wickets in two matches.

Dilawar K Orakzai is the leading wicket-taker so far in the tournament. He has taken 4 wickets at an average of 8.75.

Rameez Shahzad has shown what can he do at the top of the order. He has scored 103 runs in two matches and leading run-scorer of the tournament.

Vinayak Vijayan has picked four wickets for his team so far and can make an impact again.

Sanchit Sharma is a very talented bowler. He has 15 wickets in 12 matches. 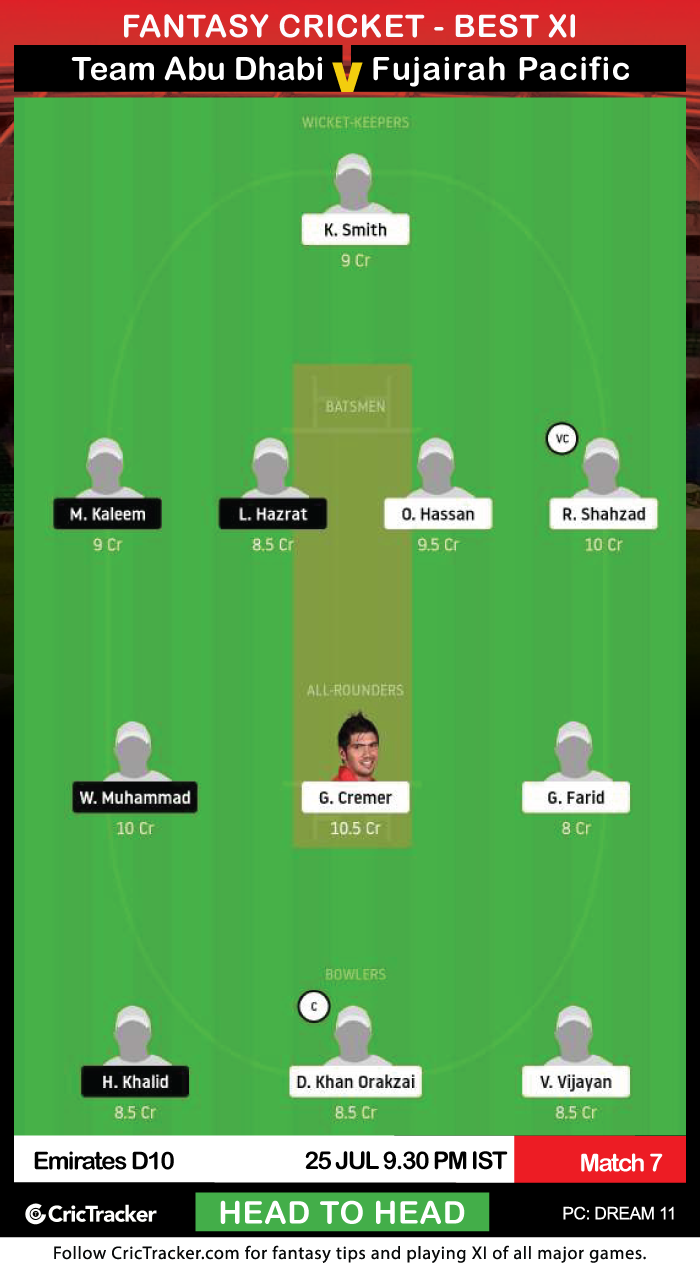 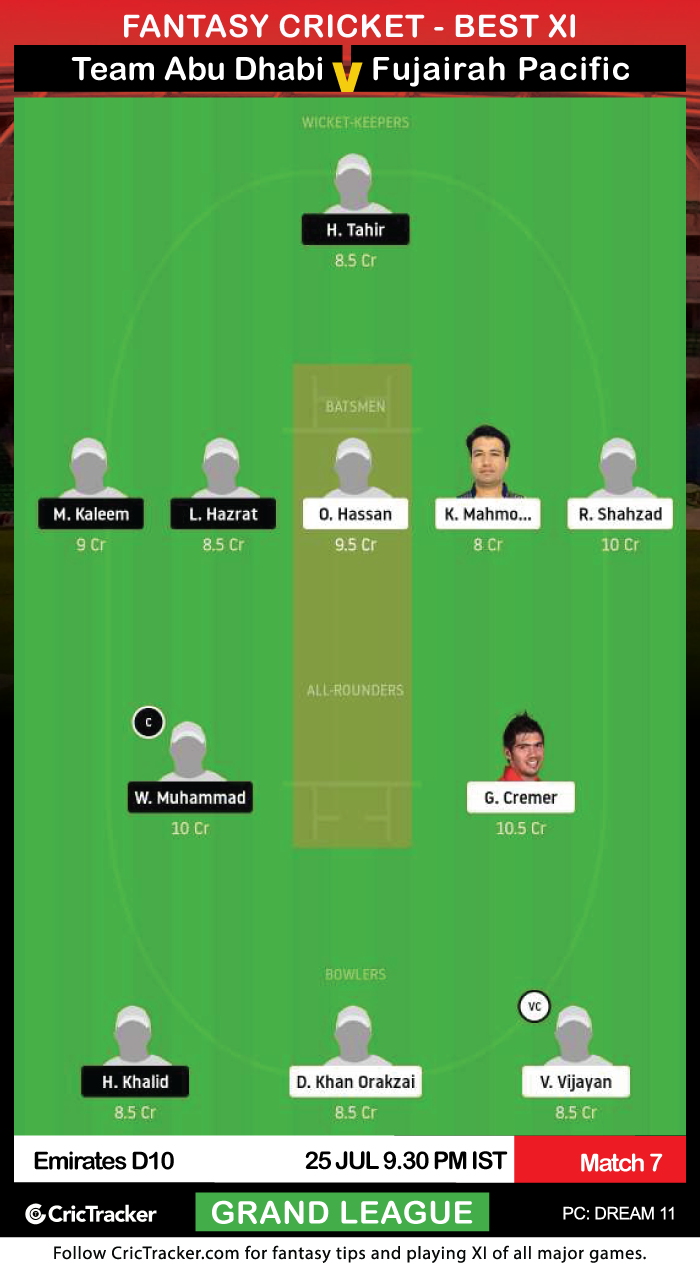 Rameez Shahzad is a must in your team. He scored two half-centuries in two games.

Team Abu Dhabi is expected to win the game.