Sharjah Bukhatir XI won against Abu Dhabi in their last league game. Abu Dhabi won the toss and elected to bat first and posted 86/5 in their 10 overs. None of the batsmen from Abu Dhabi could stitch a big partnership. In the run chase, Rameez Shahzad (20) and Kashif Daud quickfire 37 off 14 deliveries ensured a comfortable 7 wickets victory with 9 balls to spare.

Emirates Blues faced Fujairah in match 28. Fujairah won the toss and elected to bat first and posted a mammoth score of 135/7 courtesy of Waseem Muhammad 88. In the chase, Emirates Blues batsmen could not keep going and they could score only 97/3 in their 10 overs. Waseem Muhammad was adjudged Man of the Match for his amazing knock at the top for Fujairah.

The wicket condition is going to be ideal for the batting team like the previous encounters and the team winning the toss will be eager to score runs first and put pressure on the opposition in a knock-out encounter.

Muhammad Boota was in amazing form with the bat for Emirates Blues in the league stage. He scored 292 runs in 10 matches with a strike rate of 150.52 at an average of 41.71.

Vriitya Aravind for Sharjah Bukhatir XI is very consistent with the bat. He has scored 249 runs in the league stage with a strike rate of 184.44.

Rohan Mustafa has been in great form throughout the tournament. He picked up 9 wickets at an economy of 8.45 and has also scored 128 runs in just 7 innings at a strike rate of 148.84.

Umair Ali is the leading wicket-taker of the tournament and he has consistently picked up wickets to dent the oppositions scoring rates. He has picked up 15 wickets in 10 games at an economy of 8.16.

Kashif Daud is a very utility cricketer for Sharjah Bukhatir XI. He has picked up 13 wickets in 10 games and has also scored 83 runs in 5 matches at a strike rate of 230.56 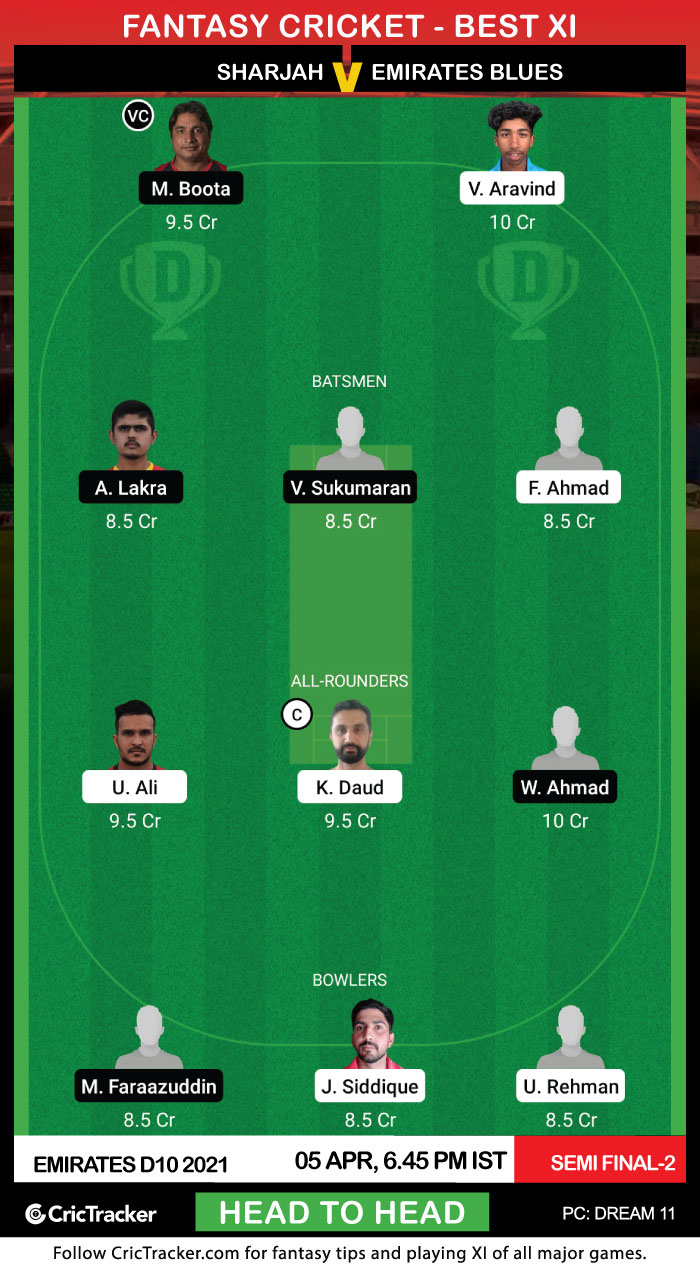 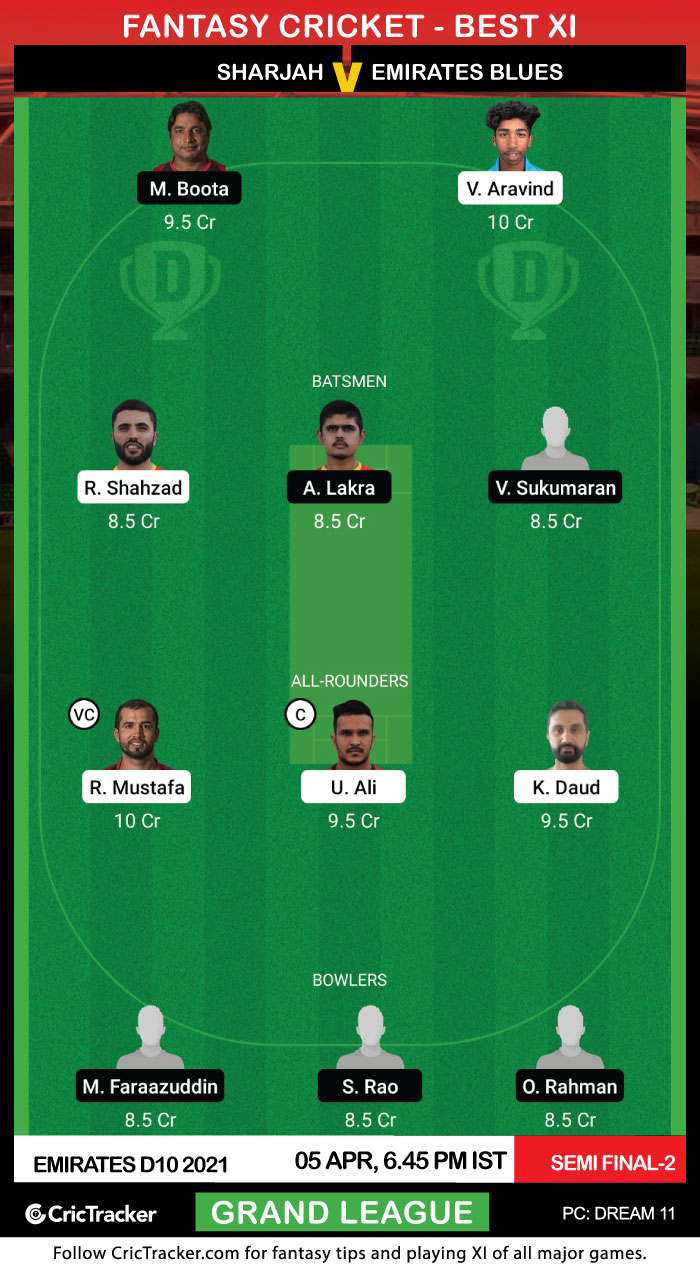