It's going to be another must-win game for New Zealand to keep the series alive.

New Zealand Women made an excellent comeback in the last ODI to keep the series alive. They successfully chased the target of 179 with 3 wickets in hand. They still trailing 2-1 in the series and it’s going to be another must-win match for them to stay in the contest.

It’s a batting-friendly surface with relatively less help for the bowlers. County Ground here at Derby is hosting an international fixture after a long of 22 years. Anything over 200 is a good competitive score on this wicket.

Twitter Reactions: Scotland make it two in a row with 17-run victory over Papua New Guinea

Katherine Brunt saved England Women from the early collapse in the third ODI. She batted well for her unbeaten 49 runs and was quite extraordinary with the ball as well, as she picked up 4 wickets at an economy of 2.2.

Despite her failure in the third ODI, Heather Knight is still the joint-highest run-scorer in this series with 113 runs in 3 matches at an average of 37.66, with the highest score of 89.

Maddy Green’s responsible innings of unbeaten 70 runs from 106 deliveries in the third ODI helped New Zealand Women to secure their first victory in this series. In 3 matches so far, she has scored 98 runs at an average of 49.

Lea Tahuhu picked up her maiden 5-wicket haul in the third ODI. She returned with the figures of 5/37 and played a crucial knock of 19* runs from 15 deliveries. Overall in this series, she has picked up 8 wickets and has scored 48 runs with the bat.

EN-W vs NZ-W Must Picks for Dream11 Fantasy Cricket: 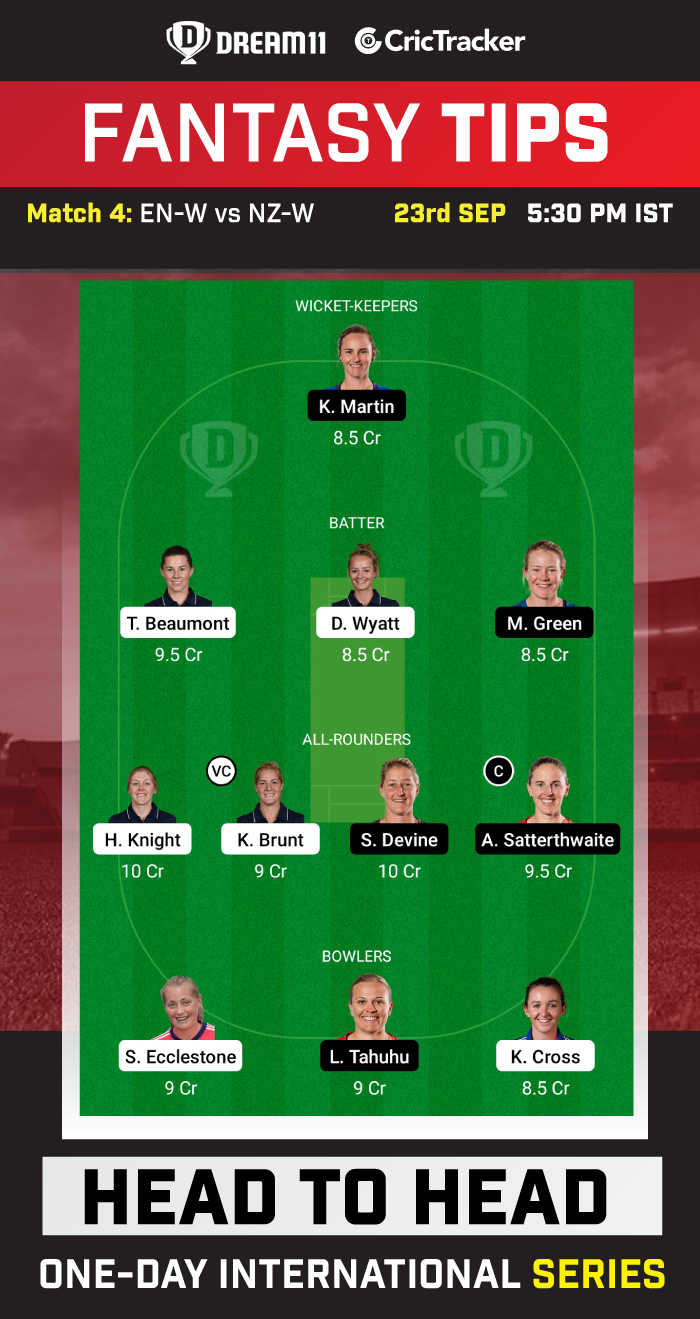 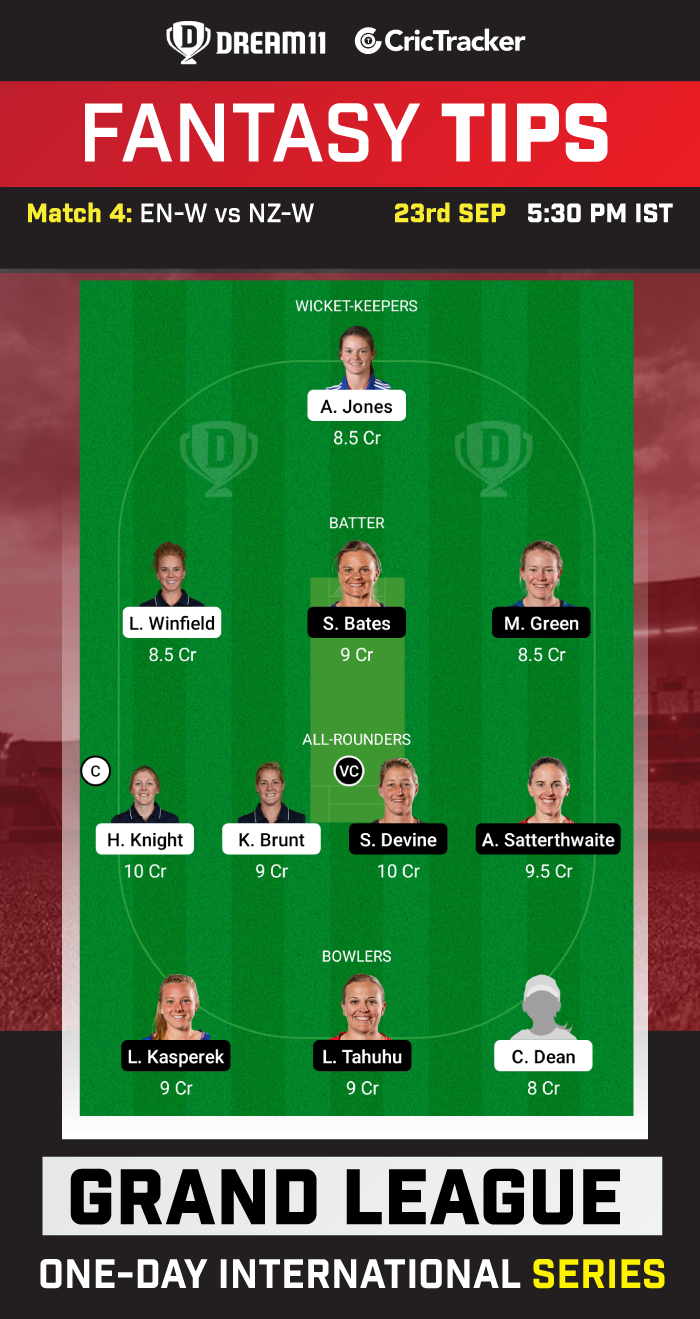 Lauren Winfield-Hill has scored 64 runs in 3 matches in this series with the highest score of 39. You can take a risk and pick her as your fantasy team skipper.

Sophie Devine has scored 65 runs and picked up 4 wickets so far in this series. It’s worth a risk and you can pick her as your fantasy team skipper.

Lauren Down averages 11.33 with the bat in this series and it’s hard to accommodate her in the final eleven.