The second T20I match of the series between England Women and West Indies Women is all set to be played at County Ground in Derby.

So far, the West Indies batswomen have not fired in unison against England Women. On the other side, the English bowlers have performed excellently, but the team management will expect Danni Wyatt and Nat Sciver to play responsibly in the top order. Apart from that, there would not be any problems in the English camp.

The conditions will be mostly sunny during the match time in Derby. The temperature will loom around 12 degrees Celsius.

The pitch has assisted the medium pacers. Batting well on this wicket has been a challenging task. However, after settling down, the batswomen have found it easy to play strokes on this pitch.

India vs England: Rahul Tewatia fails to clear the fitness test ahead of T20I series

Tammy Beaumont has scored 89 runs in two matches against West Indies Women. She had scored a fine half-century in the first match.

Sophie Ecclestone has scalped four wickets in the two matches of this series so far. She has conceded runs at an economy rate of 4.75, highlighting that the Caribbean team has struggled against her.

Deandra Dottin has been the biggest positive for West Indies Women in the series. Dottin has amassed 107 runs in two innings at a brilliant average of 53.50.

Shakera Selman is the leading wicket-taker for West Indies Women, with five wickets in two games. The right-arm medium pacer has an excellent strike rate of 9.6.

Suggested Playing XI No.1  of EN-W vs WI-W for Dream11 Fantasy Cricket: 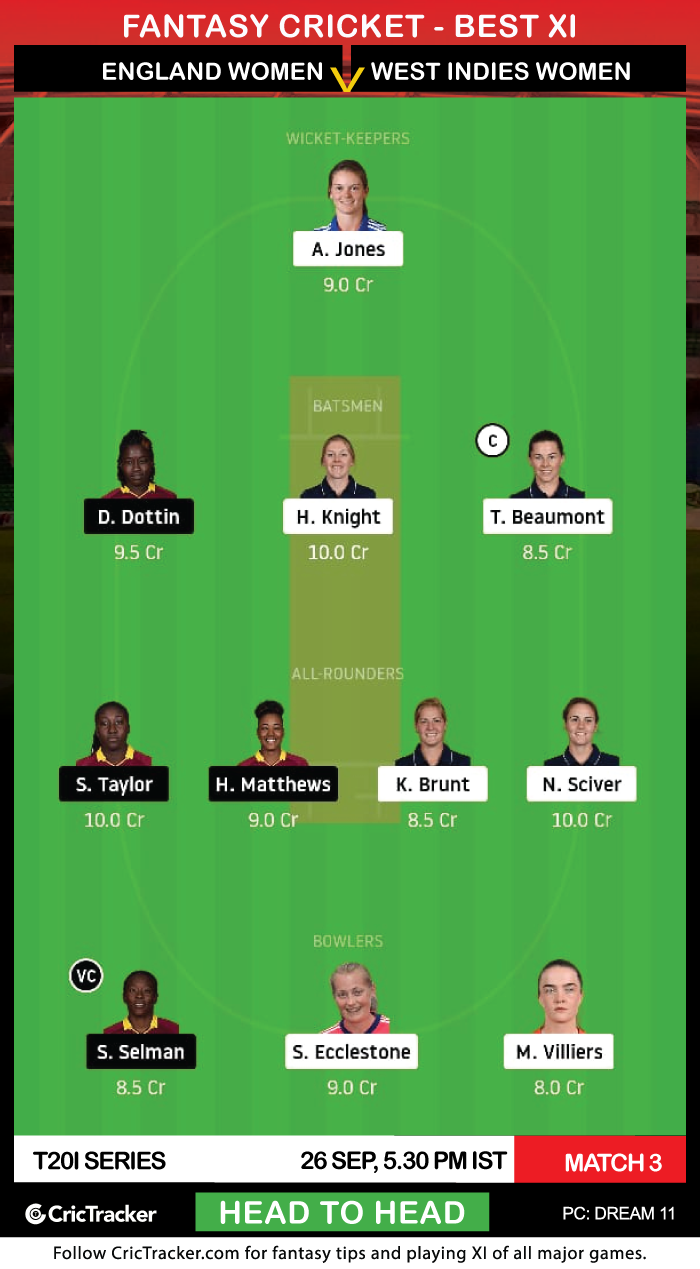 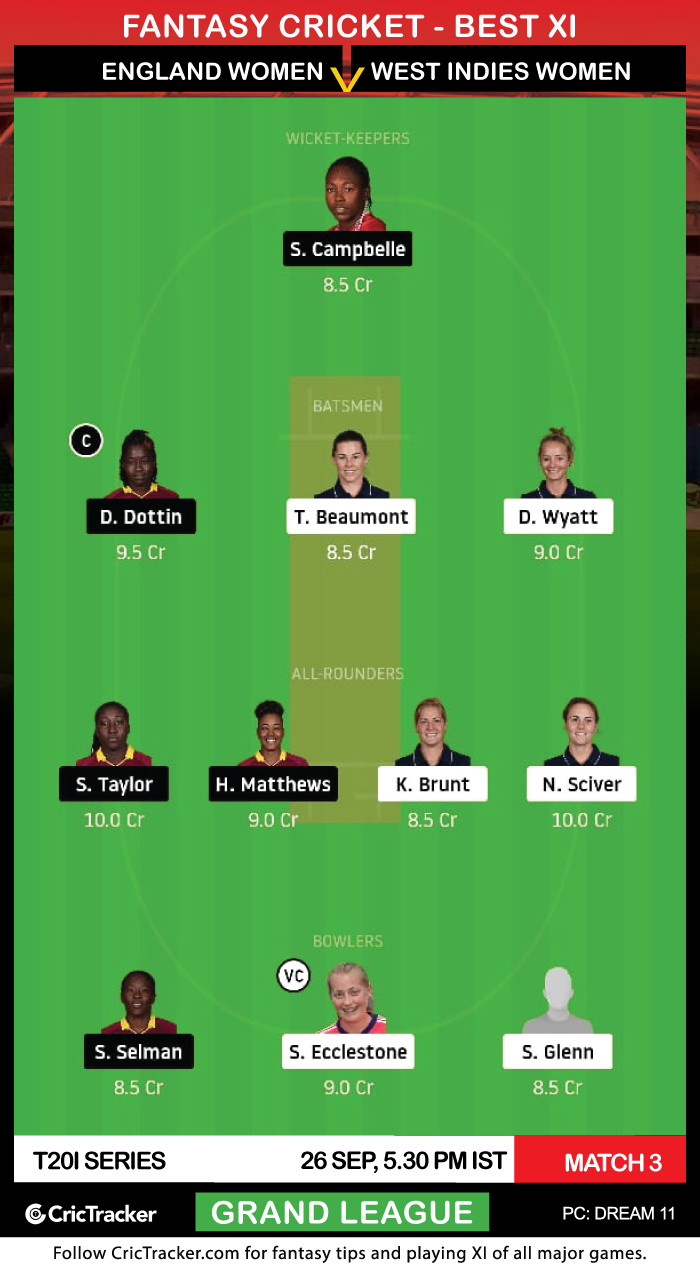 Stafanie Taylor has a brilliant record with the bat against England Women. Although she has not fired in the series thus far, she can be backed to perform well in the third game. Besides, she has taken four wickets in this series so far. Thus, it is advisable to pick her in the team.