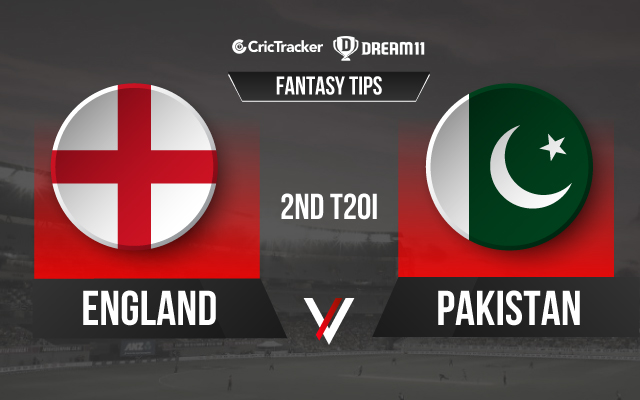 After an embarrassing defeat in the ODI series, Pakistan was dead opposite to that and won 1st T20I by 31 runs. Babar Azam and Mohammad Rizwan’s 150 stand for the 1st wicket set the tone for them as they registered their highest T20I score of 232. Later Shaheen Afridi’s splendid bit of bowling gave them an early lead in the series.

Despite a century from Liam Livingstone, hosts fell short of the target of 31 runs in the 1st T20I. They allowed Pakistan batters to free their arms easily and experimented a lot in the bowling combination as well. They are in a must win-situation and hoping to level the series on Sunday.

It’s another flat batting track, where runs will flow across the turf quite easily and the recent T20 Blast results are evidence of it. Whoever wins the toss without any hesitation should bat first.

Babar Azam extended his form from the last ODI into the T20Is as well. He played splendidly in the 1st T20I by scoring 85 runs from just 49 balls which includes 8 fours and 3 sixes.

Jason Roy as usual went hard at the bowlers in the powerplay. He batted at the strike rate of 246.15 in the 1st T20I. He is a must-pick player for your fantasy teams.

Liam Livingstone played the innings of his life and scored his 1st T20I century in just 42 balls. He played some really breathtaking shots which involved 6 fours and 9 sixes.

Despite going for plenty of runs Shadab Khan picked up 3 crucial wickets in the 1st T20I. You can straight away pick him for your fantasy teams.

Shaheen Afridi was player of the match in the 1st T20I for his top-class bowling performances. He picked up 3 wickets at an economy of 9. He even took 3 catches in the match as well.

David Willey was the most economical bowler for England in the 1st T20I. He picked up a wicket at an economy of 9.75 and scored handy 16 runs with the bat as well.

Mohammad Rizwan is the prolific run-scorer for Pakistan in the T20Is over the last year. He scored his 7th half-century in the last game and his partnership with his skipper was one of the main highlights.

Eoin Morgan hasn’t had great success with the bat in the recent T20I matches. You can take a risk and pick him as your fantasy team skipper.

Fakhar Zaman came to bat at No.4 in the 1st T20I, gave a fine finishing touch by scoring 26 runs from just 8 balls. It’s worth a risk and you can pick him as your fantasy team skipper.

With the way England batter’s played Imad Wasim in the 1st T20I, it’s better to avoid him while making your fantasy teams.