Heather Knight can be a good pick for this match.

England Women and New Zealand Women will battle it out against each other for the final ODI on Sunday, September 26. The hosts exuded their dominance and won two consecutive matches. The White Ferns, however, bounced back in the third ODI to keep the series alive.

England then emerged triumphant in the fourth ODI to seal the series. New Zealand posted the target of 245 for England to chase down in the fourth ODI. Skipper Heather Knight stood tall for the team and hit an impressive century to be one of the architects of the team’s victory. Heading into this match, New Zealand will be keen to finish the series on a positive note.

The pitch is expected to be a neutral one. Both the departments might receive some assistance from the surface.

Skipper Heather Knight starred with the bat to fashion England’s victory in the fourth ODI. She hit a belligerent century which included as many as 10 fours. In the ODI series so far, she has chipped in 214 runs.

Charlotte Dean is the highest wicket-taker of the series so far. She has scalped nine wickets in four matches. In the fourth ODI, she picked up three wickets. She can be a good pick for this game.

Hannah Rowe scalped four wickets in the last match as she ran through England’s middle order. In the ODI series so far, she has clinched eight wickets. She will be determined to perform for the side. 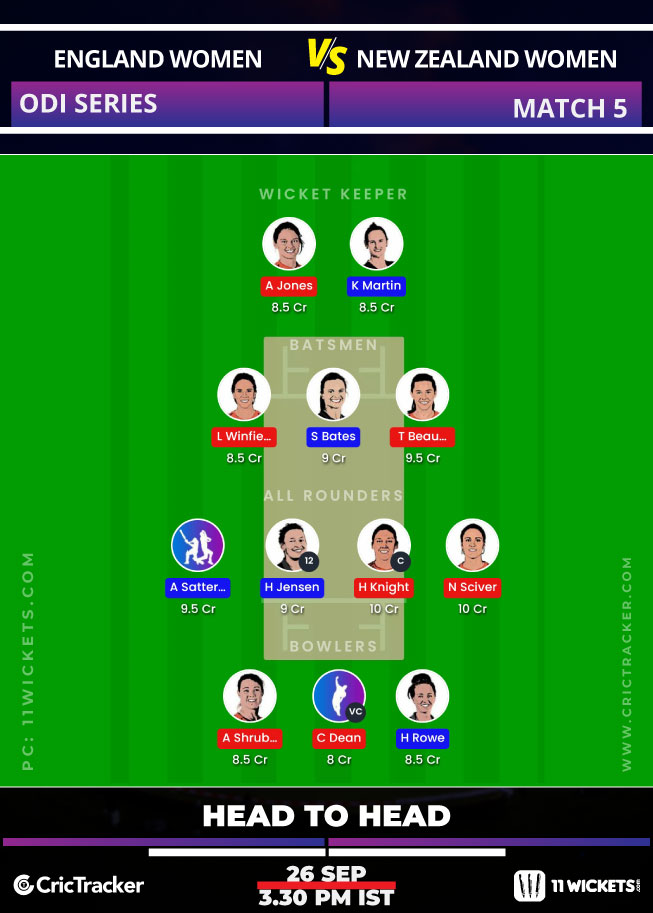 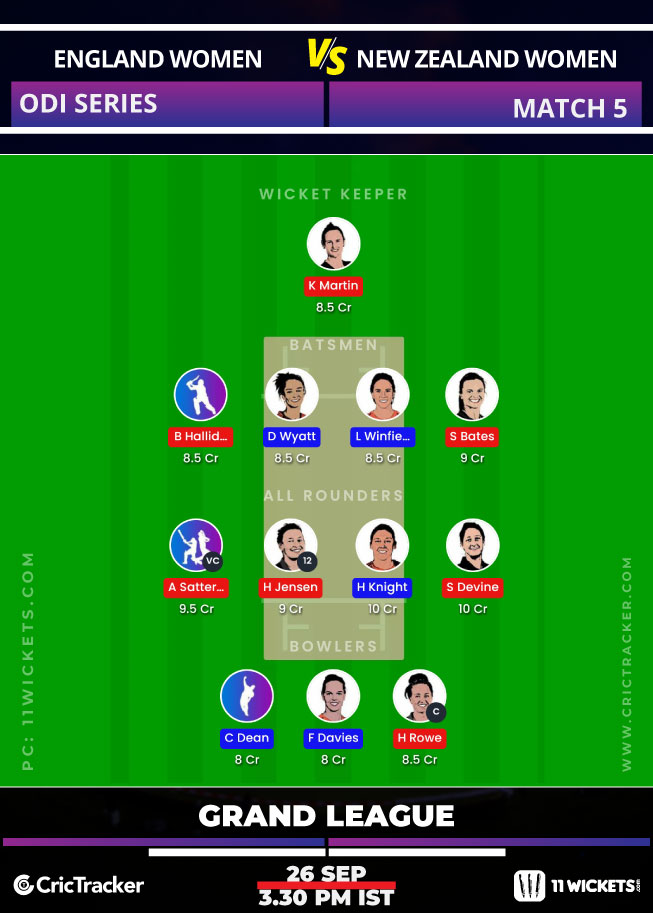