The third and final ODI of the three-match series between England and Ireland will be played at The Ageas Bowl in Southampton.

England will face Ireland for one last time on Tuesday with the series winding up. The hosts have won the series already but will have 10 points in ODI Super League to earn and for the same reason, Ireland will also look to upset the world champions. Expect a couple of changes in both the sides for this match.

There is no chance of rain in this match with the temperature hovering around 18-20 Degrees Celsius.

The pitch at The Ageas Bowl has been decent to bat with the spinners also getting some help from the surface.

Reece Topley has developed a left groin strain and has been ruled out of this match.

David Willey has picked 7 wickets so far for England while he also scored 47 in the last game. Jonny Bairstow scored 82 off only 41 balls in the 213-run chase to seal the series. Sam Billings has so far played vital knocks for the hosts. For Ireland, only Curtis Campher has lived up to the expectations fighting lone battles. He is a great captain and vice-captain option. 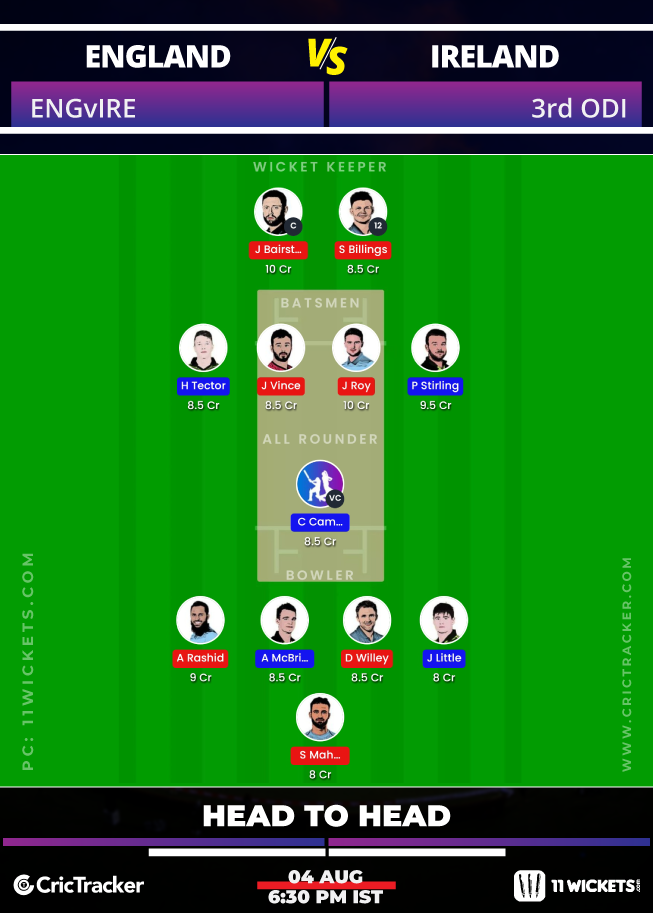 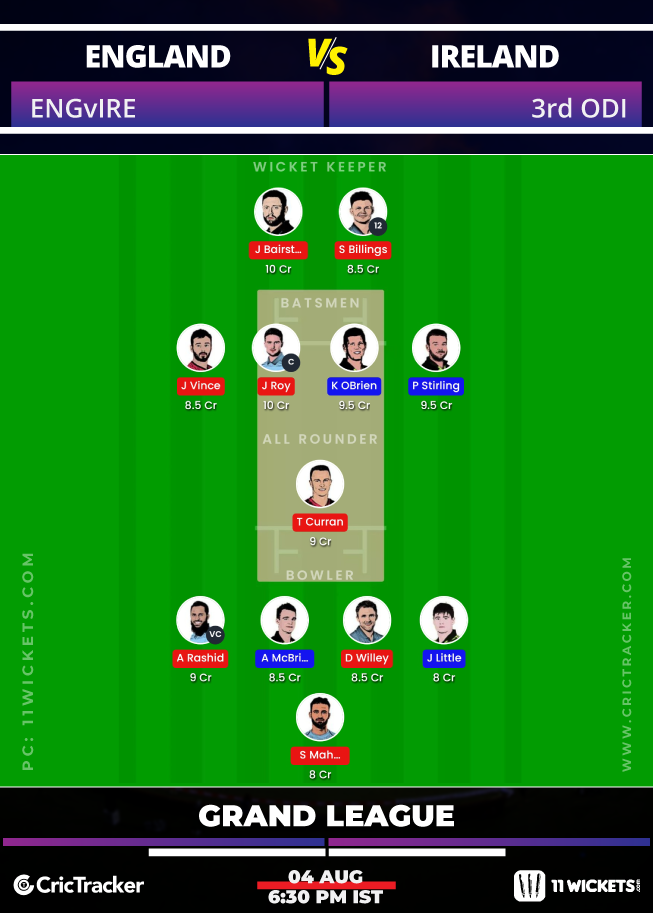 Jason Roy bagged a duck in the last ODI and will most likely play a big knock in this match. He can be made captain of your Fantasy team in GLs.