Sam Curran could be preferred ahead of Mark Wood if England rests James Anderson.

The second of the three-match Test series between England and Pakistan will be played at The Rose Bowl in Southampton.

After gaining a first innings of over 100 runs, the team is the favourite to win the game on most of the occasions. It takes great character and extreme resilience for the other team to bounce back and win a Test from this stage. Pakistan had the first innings lead advantage when they played first Test against England. They were even on course to try and put up further pressure on the opposition.

But the England Cricket Team showed that they are made of steel and proved the fact that they don’t concede the opposition a win easily. They fought back, first with the ball restricting Pakistan to 169 runs in the second innings. And then, when they were under the pump once again, it was the likes of Jos Buttler and Chris Woakes who rose up to the occasion and helped register a 3-wicket win. Both the teams have got a competitive edge going into the second game and will like to dominate each other.

Scattered thunderstorms are predicted on Thursday and Monday while light showers are forecasted on Friday and Saturday. A thunderstorm is on the cards in Southampton on Sunday.

England and the West Indies played a Test match at this venue in July. The pitch offers a good bit of assistance to the fast bowlers. The conditions are best for batting in the 2nd and the 3rd innings of the game.

Both Ben Stokes and Dan Lawrence won’t feature in the second Test due to family reasons.

England added Ollie Robinson to the squad for this Test. Pakistan named an unchanged squad.

Shan Masood has scored 256 runs in three innings this year. In 7 matches in 2020, Dominic Sibley and Ollie Pope scored 561 and 469 runs respectively. Stuart Broad and Yasir Shah picked up 31 and 12 wickets in 2020 respectively. 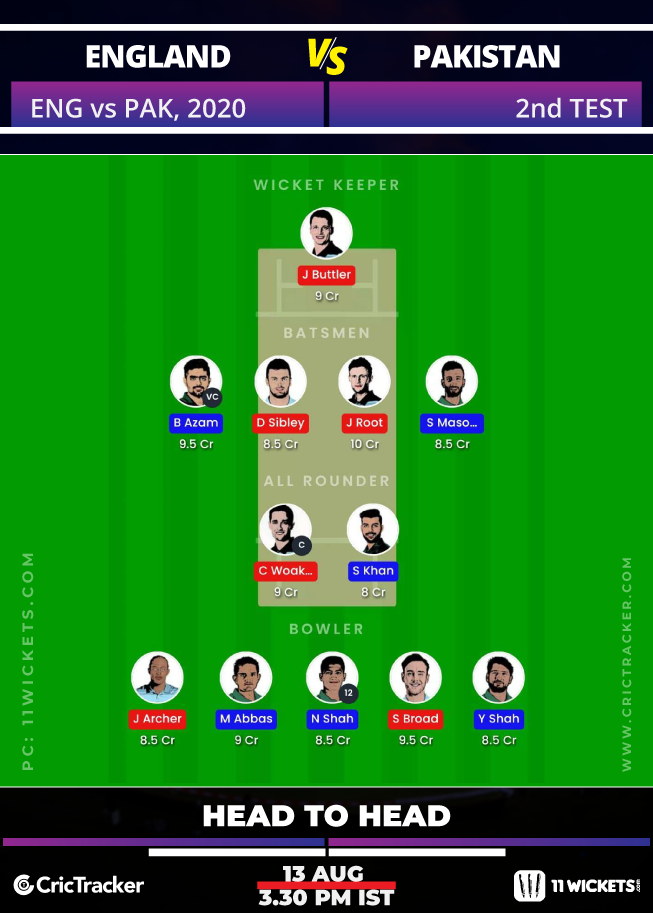 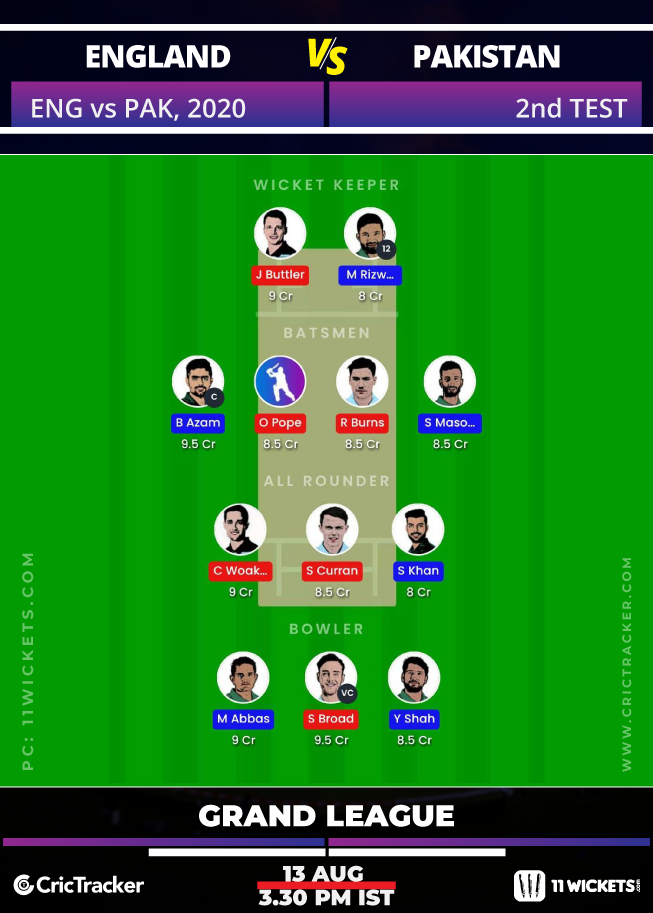 If they were to go by the rotation policy, England might be tempted to bring in Mark Wood in place of James Anderson. But since Sam Curran adds up to the batting, he could be the preferred choice.

England is predicted to win this match.