Ben Stokes will be the best option to make captain for this match. 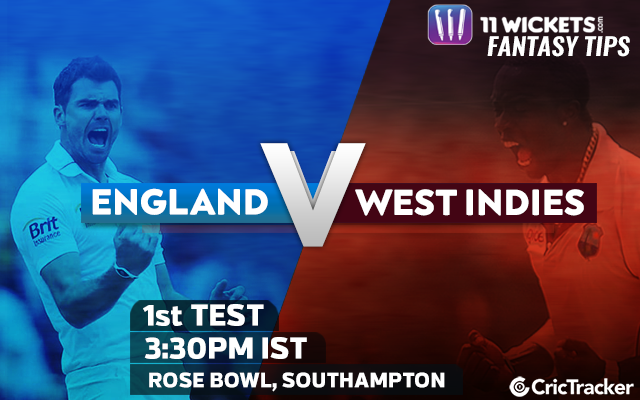 The first Test of the three-match series between England and the West Indies will be played at The Rose Bowl in Southampton.

This match starts at 11 AM local time (3:30 PM IST) (10 AM GMT). It can be watched live on Sony Ten Network and live streaming will be available on Sony LIV.

International cricket is set to resume after a big gap of almost four months with the Test series between England the West Indies. The first Test is set to played at The Rose Bowl in Southampton even as the hosts will miss their regular skipper Joe Root. Ben Stokes will lead in his absence while the visitors have been boosted with the addition of Shannon Gabriel in the squad.

The first two days of the match might witness showers while on the rest of the days, the forecast is clear.

Expect the pitch to assist the pacers throughout the game. The spinners might come into the game late on the fourth day. Winning the toss and batting first should be the wise choice.

Joe Root is set to miss this Test match. Ben Stokes will lead England in his absence.

Shannon Gabriel has been added to the West Indies squad after he proved his fitness in the warm-up match. He will most likely play this match.

Ben Stokes is the favourite option to make the captain and he will be the top pick as well. Sibley scored well in the South Africa series amassing 324 runs in seven innings while Pope is also decent batsman. Anderson and Archer will be top picks for this match as well. For the West Indies, Shai Hope and Kraigg Brathwaite are the best batsmen and will carry the team through. While Holder and Roach are the bowlers you can pick in Fantasy. 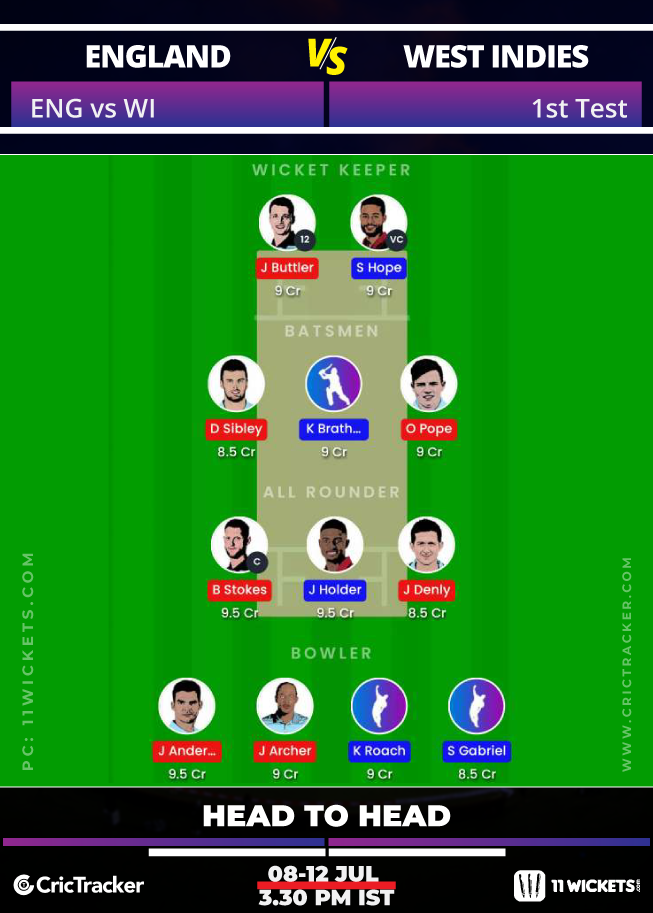 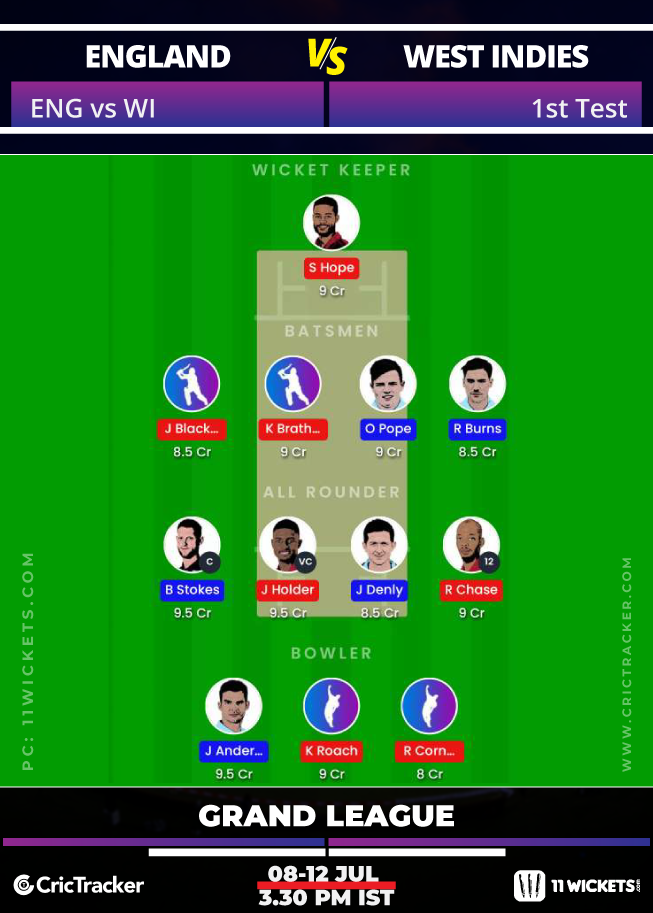 If Stuart Broad plays, he can be picked in the Fantasy teams as he is a wicket-taker.